'Today at Apple' Sessions About Art, Music, and Coding Expanding to Every Apple Store in May

Apple today announced that it will be expanding its "Today at Apple" educational sessions to all of its 495 retail stores around the world in May. 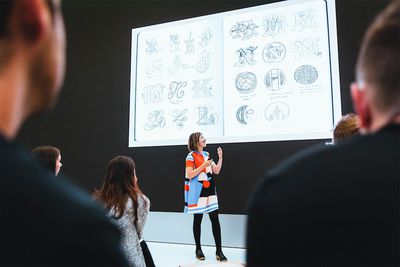 "Today at Apple" will offer programs with more than 60 different hands-on sessions in creative skills. The free sessions, which have been offered at Apple's flagship Union Square store in San Francisco since last year, will cover topics such as photography, videography, music, coding, art, and design.

“At the heart of every Apple Store is the desire to educate and inspire the communities we serve,” said Angela Ahrendts, Apple’s senior vice president, Retail. “‘Today at Apple’ is one of the ways we’re evolving our experience to better serve local customers and entrepreneurs. We’re creating a modern-day town square, where everyone is welcome in a space where the best of Apple comes together to connect with one another, discover a new passion, or take their skill to the next level. We think it will be a fun and enlightening experience for everyone who joins.”

Many sessions will be taught by highly-trained Creative Pros, which Apple describes as the "liberal arts equivalent" to its technical Geniuses. In select cities, Apple says world-class artists, photographers, and musicians will also teach sessions from "basics and how-to lessons" to "professional-level programs."

"Today at Apple" will cater to all skill levels and ages, with special programs such as Teacher Tuesday and Kids Hour targeted towards families and educators respectively. Other sessions will focus on professional software such as Final Cut Pro X and Logic Pro X, or coding with the Swift Playgrounds app for iPad.

Teachers can come together for Teacher Tuesday to learn new ways to incorporate technology into their classrooms, or aspiring coders of all ages can learn how to code in Swift, Apple’s programming language for iOS and Mac apps. Families can join weekend Kids Hour sessions ranging from music making to coding with robots.

Apple said each of its stores will receive large displays created specifically for "Today at Apple" sessions. Each store will also have updated seating and sound. Apple has already renovated dozens of its existing retail stores with these next-generation features since 2015, with dozens more locations to follow this year.

Apple has been redesigning its stores under the leadership of retail chief Angela Ahrendts, the former CEO of luxury fashion brand Burberry. Ahrendts wants to position Apple Stores as not only shopping destinations, but also as gathering places for the community. "Meet me at Apple," she envisions someone as saying.

Video is available in the United States only
Ahrendts, in a new interview with CBS This Morning:

“A lot of the big online guys have said they’re opening stores. Amazon’s investing in stores. Google’s investing in stores. ... Starbucks figured it out, you know? Being a gathering place for – right? ‘Meet me at Starbucks,”’ Ahrendts said. “And you know, I’ve told the teams, ‘I’ll know we’ve done a really, really great job if the next generation, if Gen Z says, “Meet me at Apple. Did you see what’s going on at Apple today?”’”

ugahairydawgs
I like the idea, but for many stores I don't see how this can be executed well. For the newer stores where spaces for things like this have been set aside I can see this really being great. But when I go to an Apple Store it is generally the one at the Mall of Georgia. It has the traditional Apple Store layout and setup, so it's narrow and deep and almost always completely overcrowded. They have a table setup towards the back near the Genius Bar where they try to teach classes. Some poor employee at the store has to wear a mic and try and teach people how to use their device or whatever it is they are training on that day. It's incredibly awkward and takes up a lot of space at the expense of the vast majority of the people that are there to get their phone or computer fixed.

Unless they are going to do a re-org to the existing store model layout, I don't see how this doesn't do anything other than make an already crowded place even more overrun with people.
Score: 24 Votes (Like | Disagree)

Attirex
Apple providing free classes turned into a cesspool of negativity on MR forums in only ten posts....confirmed.
Score: 20 Votes (Like | Disagree)

BeefCake 15
Meet me at Apple, they have old spec laptops that show you what computer graphics 5 years ago look like! :rolleyes:

We'll see how that goes, especially since most Apple stores are in Malls with far more enticing stores to go to....
Score: 19 Votes (Like | Disagree)

myrtlebee
Yeah, okay. Every time I'm in an Apple Store it is insanely overcrowded and noisy. I just find myself wanting to leave as soon as possible. Can't see how anyone would enjoy going for any type of class or meeting.
Score: 16 Votes (Like | Disagree)

tennisproha
Does she not get why people meet at Starbucks and why that works?

The only people who are gonna say "meet me at apple" are the amway shills because they'll have free access to laptops.
Score: 12 Votes (Like | Disagree)

DuckyDelite
I would love my local Apple Store to be some kind of great meeting space, but I already avoid my local Apple Store because it is a crowded mess full of kids hogging all the devices so they can check their Facebook accounts.
Score: 12 Votes (Like | Disagree)
Read All Comments