Apple today seeded the second beta of an upcoming tvOS 10.2.1 update to developers for testing purposes, nearly two weeks after seeding the first 10.2.1 beta and two weeks after releasing tvOS 10.2, an update that included improve scrolling and iPad support for the Apple TV Remote app.

The tvOS 10.2.1 beta is designed for the fourth-generation Apple TV. It can be downloaded by connecting the Apple TV to a computer with a USB-C cable and installing the beta software from a registered developer account using iTunes. 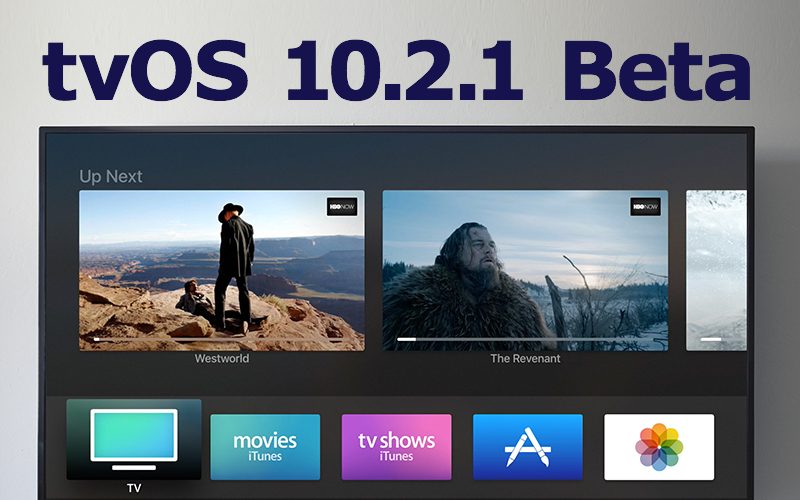 Because of the tricky installation requirements, tvOS betas are limited to developers. tvOS 10.2.1 will not be available to the public until the final version of the software launches.

Apple does not typically provide detailed beta release notes, so we don't yet know what's included in tvOS 10.2.1. It's likely to focus primarily on bug fixes, security enhancements, and performance improvements, so we may not know what's new until the software sees an official release.

No notable changes were found in the first tvOS 10.2.1 beta, but should anything new popup in the second beta, we'll update this post.

d21mike
Hope they fixed the Airplay Bug where the Apple TV will wake up for no reason. With Air Play turned off it does mot wake up.
Rating: 3 Votes

Yes! I hope so. I've had to unplug both of my Apple TVs over the past week because they randomly turn on. And when the one in my living room turns on, it also turns on my audio receiver, so that's been a huge annoyance.


Is this bug also popping up the message "airplay requires 10.x, etc etc" ??

I'm not trying to stream anything to the Apple TV yet this pops up constantly. Along with the random wake from sleep.
Rating: 2 Votes

HailstormX
Im tempted to install this now. 10.2 on Apple TV has been doing some odd stuff with Airplay (showing a requirement screen) and iCloud account stuff in general. I will go to TV shows and it all works fine and then I go into movies shows the movies and then asks to sign in again to iCloud. idk its been pretty solid until the last update. hopefully its not a 3 month wait for some more fixes.
Rating: 1 Votes
[ Read All Comments ]