Apple has said it will honor the commitment it made under the Obama administration to fight climate change, regardless of actions by President Trump to dismantle his predecessor's environmental policies (via Bloomberg).

Back in April 2016, Apple, Amazon, Google, and Microsoft filed an amicus brief in support of the Environmental Protection Agency's Clean Power Plan, which aimed to cut carbon pollution produced by power generators, despite pushback from energy companies. Earlier this week, Trump signed an order telling the EPA to rescind the Clean Power Plan and reconsider all Obama era climate rules, including those relating to building leases and oil pipelines. 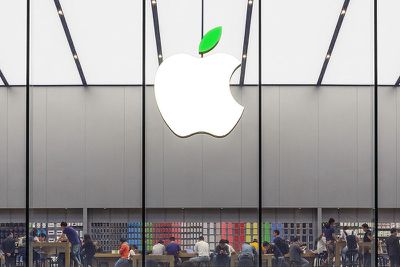 "We believe that strong clean energy and climate policies, like the Clean Power Plan, can make renewable energy supplies more robust and address the serious threat of climate change while also supporting American competitiveness, innovation, and job growth," the companies said in a joint statement after Trump's order was signed.

Procter & Gamble, Nestle, Ikea, Levi Strauss & Co., and Best Buy, which all signed the 2015 pledge organized by the Obama administration, also said they still intended to honor their commitments.

The pledges comes despite support for Trump's order from the U.S. Chamber of Commerce, which called it "vital to stimulating economic growth". The group argues that Obama's regulations risk a jump in energy prices, and that they have already held back growth by preventing the construction of pipelines, roads, and other infrastructure. The Independent Petroleum Association of America, which represents oil and natural gas producers, also praised Trump's move.

Apple's renewed commitment to the Obama era pledge is in line with its overarching aim to become a global clean energy company. More than 93 percent of Apple's worldwide operations are said to be powered by renewable energy. Earlier this month, it announced that component supplier Ibiden would become the first company in Japan to guarantee all of its Apple manufacturing will be powered by 100 percent renewable energy. Chinese suppliers have agreed similar commitments.

Beyond manufacturing, Apple's new headquarters in California will be powered by one of the largest onsite corporate solar energy installations in the world. Likewise, all of the company's data centers are powered by 100 percent renewable energy, as are 145 of its U.S. retail stores, and the large majority of its corporate facilities.

Oil isn't going anywhere anytime soon. The hypocrisy of these companies is amazing. Without oil and petrochemicals, their business lines would cease to exist in no time. Oil is used in everything from the mining of raw materials, to manufacturing and processing of their products to shipping. And this whole thing about using renewables is just virtue signalling. Their efforts will have zero impact on global warming, or climate change, or whatever they call it these days. The climate has been changing since the dawn of time and it's ludicrous to think humans have any impact on it. CO2 is plant food, not pollution. I'm all for clean air, water and land, but this green religion called climate change is nothing but a sham.

I'm a climate scientist. If you don't believe what me and my colleagues have been warning about for 20+ years, that's fine. But if policy makers or the president don't want to believe it because it doesn't fit their agenda, we do have a problem. Science is not political. It's just science. Facts.

The biggest argument for climate change deniers is that climate has been changing since the dawn of time. Guess how they know that? Yes, us climate scientists. But if those same scientists notice there's something wrong, suddenly they don't believe it. Hypocritical no?

How ignorant can you be to think we don't have an impact on our planet. We destroy complete ecosystems, wipe animal and plant species of the face of the earth, cut down forests at an alarming rate, pollute rivers and the air, ... we know that land use changes such as urbanisation and agriculture have a big impact on weather and rain patterns, even thousands kilometres away, ... But the climate? That's where you draw the line? That's the one magical thing on our fragile Earth we can't impact?

Well, the impact is there, and it's huge. The last decades we had a dampening effect of climate change because there are all these buffers, like trapping heath in the oceans, but these buffers are getting full. That combined with many powerful feedback loops, i.e. melting of ice, thawing of permafrost, to name a few, will re-enforce what we have been seeing this last years. And that is a rise in global temperature and more unstable, extreme weather.

Now, even if you still don't "believe" that (and I hate to use that word in the context of science), I assume you do realise that climate change (natural or man made) will have huge impacts on the planet and our lives? So even if the current White House administration doesn't want to address the causes, why is it also ignoring the consequences? Ignoring scientific facts and thus jeopardizing the future of our planet, is criminal. There's no other word for it.
Score: 106 Votes (Like | Disagree)

Chupa Chupa
...but we will still make short lived, largely un-user upgradeable, glued-together products so that landfills can fill up at the same steady pace as the consumption of rare natural resources.

-BigMac-
too many politics not enough hardware
Score: 68 Votes (Like | Disagree)

I can't wait for the oil companies to be useless. Elon Musk is coming for you...

Oil isn't going anywhere anytime soon. The hypocrisy of these companies is amazing. Without oil and petrochemicals, their business lines would cease to exist in no time. Oil is used in everything from the mining of raw materials, to manufacturing and processing of their products to shipping. And this whole thing about using renewables is just virtue signalling. Their efforts will have zero impact on global warming, or climate change, or whatever they call it these days. The climate has been changing since the dawn of time and it's ludicrous to think humans have any impact on it. CO2 is plant food, not pollution. I'm all for clean air, water and land, but this green religion called climate change is nothing but a sham.
Score: 65 Votes (Like | Disagree)

FattyMembrane
I take it Apple's refusal to make desktop computers anymore is an environmental measure.
Score: 62 Votes (Like | Disagree)

thekeyring
I'm shocked that attitude towards climate change is even considered "political". We know climate change is happening. We know oil is finite and will run out in the next 200 years or so. America could be generations ahead of the curve if it seriously invested in renewable energy.