Logitech today announced a new series of accessories made for schools using the just-announced 9.7-inch iPad, or any iPad with a similar form factor. The "Rugged Combo" includes both a case for the iPad as well as a detachable keyboard, and when both are connected Logitech said they combine to become "the ultimate classroom solution" for taking notes, tests, going on field trips, and studying.

The Rugged Combo protects the iPad from drops as high as six feet and includes a kickstand with mechanical hinges that ensure the device remains sturdy at any angle. Logitech is specifically targeting grade school classrooms that use iPads in their curriculum, with advantages including a transparent window on the back of the case that provides an easy glance for asset tagging to scan and mark the school-owned property before and after students use the iPad. 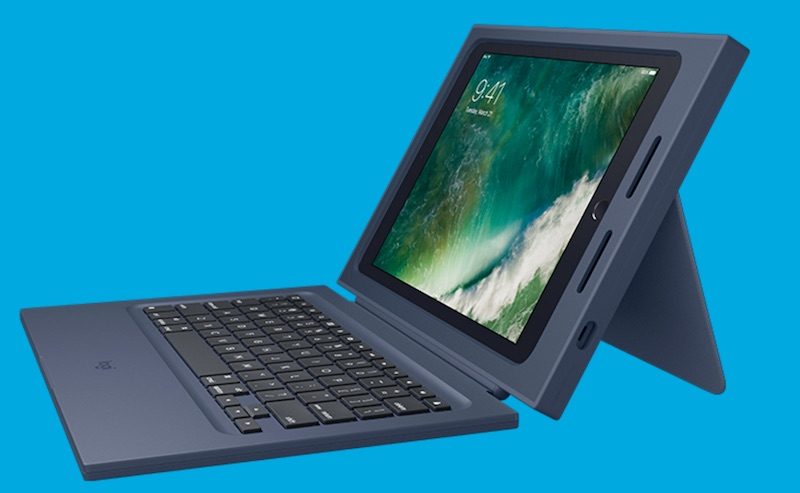 “iPad is changing the way teachers teach and students learn, and the Logitech Rugged Combo for the new 9.7-inch iPad is built from the ground up with personalized-learning in mind,” said Michele Hermann, vice president of mobility at Logitech. “We worked with Apple to design the Rugged Combo to be incredibly durable and protect iPad while bringing a secure keyboard connection that’s approved for testing, so teachers and students can focus on expanding what’s possible inside the classroom and beyond.”

According to Logitech, the detachable keyboard has "laptop like typing" and provides a secure data entry point if teachers decide to submit tests to students on the iPad. The secure connection between the keyboard and case is provided through Logitech's proprietary secure connector, which functions similarly to Apple's Smart Connector.

Logitech will sell the Rugged Combo, which includes the case and keyboard, as well as just the Rugged Case for schools not interested in the keyboard. Additionally, the Add-On Keyboard for Rugged Case will be up for purchase. Schools and school districts in the United States and Canada will be able to buy Logitech's new iPad accessories from Apple's education store later this week. 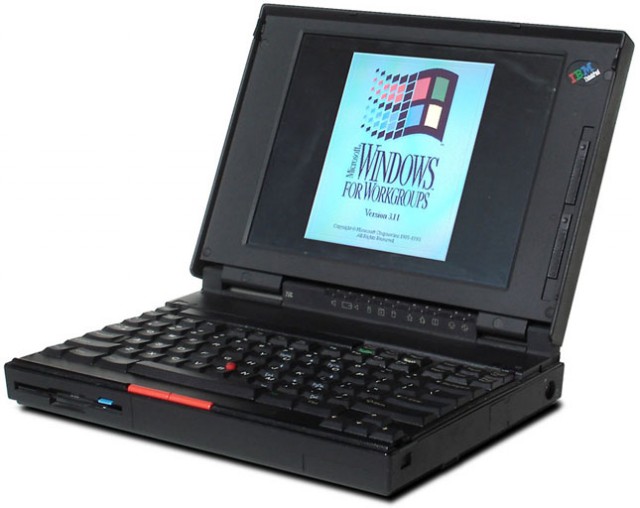 Aluminum213
With that monstrosity, just buy a cheap laptop instead
Rating: 13 Votes

On a Chromebook, what important data are they collecting? These are used for school projects, writing papers, etc.

Advertisers just want data, any and all they can get so they can analyze and target when they see fit.
Rating: 7 Votes

Well sure, they will mine data to some extent. I asked, what private information are you concerned about them getting? If they are doing home work, and staying on task, not sure what the worry is about.

I don't think Google should be able to collect data off school children, period, full stop. If you read the articles (especially from the EFF) they basically lied about what they were doing. Why should our kids be a product for advertisers?
Rating: 6 Votes

Crosscreek
That's all fine and good but Chromebooks are a much cheaper educational computer for most public schools and families.
Rating: 5 Votes

now i see it
Some things never change That's all fine and good but Chromebooks are a much cheaper educational computer for most public schools and families.

As long as you don't mind Google collecting data on your kids, which they say they don't, but they've continuously been rolling back on privacy for years now....
Rating: 1 Votes

Advertisers just want data, any and all they can get so they can analyze and target when they see fit.


Thanks for providing the sources for your thoughts on the issue. It makes it a lot easier to counter. I'm not sure if you read what you linked or just cut and pasted the links. Either way, you neglected to point out that every one of those articles is about one complaint: that Google violated the Student Privacy Pledge. That complaint was levied by one organization: the EFF. The validity of the EFF's complaint was denied by the Future of Privacy Forum. The group that actually authored the Student Privacy Pledge. So there is that. Also, the EFF's complaint centered on Chrome Sync being turned on by default, which Google subsequently turned off by default on all edu Chromebooks. Not only did you bring old evidence from 2015, but you brought evidence that was refuted by the organization the evidence was based on. Hate Google, like Google, who cares? It doesn't matter, but at least understand what you're basing those feeling on before spreading it.

I'm not sure if you were being intentionally disingenuous, but you know advertisers don't get any data from Google. Let's say we just chalk that up to phrasing (shout out to the upcoming Season 8 of Archer).
Rating: 1 Votes
[ Read All Comments ]