Samsung will add a facial recognition capability to its upcoming Galaxy S8 because of doubts about the speed and reliability of iris scanning alone, according to a report yesterday in the Korea Economic Daily.

The news comes amid rumors last month that Apple's "iPhone 8" will feature a "revolutionary" front-facing camera system with the potential to combine the advantages of both facial and iris recognition. 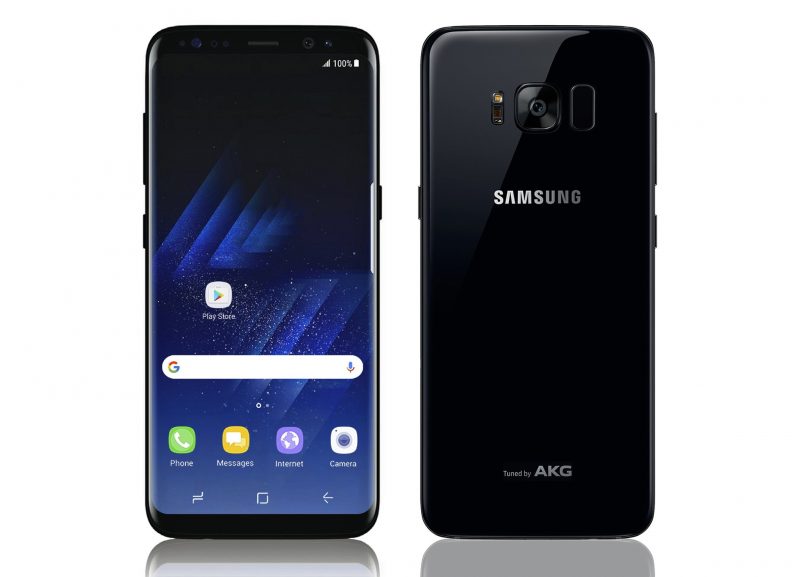 Due to some limits of iris scanning such as speed and accuracy, we have decided to add facial recognition to the Galaxy S8," a Samsung official was quoted as saying. "With a face scanner, it will take less than 0.01 seconds to unlock the phone."

Citing a second Samsung official, the report said the mobile business division had completed the software side of the technology and is currently testing the facial recognition in prototypes. The S8, which is expected to be the biggest to rival to the upcoming OLED iPhone, will launch on March 29.

Apple's ability to combine the technologies in a single camera system may be achievable thanks to built-in transmitting and receiving infrared modules, backed by software algorithms made by PrimseSense, which Apple acquired in 2013.

Apple is expected to include the camera system in a radically redesigned, minimal-bezel handset with an OLED display that includes built-in fingerprint recognition. The so-called "Tenth Anniversary Edition" model is expected to launch in the fall alongside two, more typical "S" cycle edition phones that will supersede the iPhone 7 and 7 Plus.

Is it really necessary for phones to be unlocked in 0.01 seconds?


Necessary? Of course not. But by that definition neither is fingerprint recognition, or a touchscreen, or apps, or anything we now associate with a handheld device.

If it works fluently, I have no doubt we'll look back in 5 years and wonder how we ever did without.
Rating: 7 Votes

Is it really necessary for phones to be unlocked in 0.01 seconds?

So when a thief bonks you over the head with a lead pipe, they can grab your phone and conveniently unlock it in 0.01 seconds. Watch your backs, future S8 owners.


Whts stopping a thief from "bonking" you over the head now and using your finger print to unlock your phone?
Rating: 4 Votes

smacrumon
This will be one of the best phones of the decade.
Rating: 4 Votes

So when a thief bonks you over the head with a lead pipe, they can grab your phone and conveniently unlock it in 0.01 seconds. Watch your backs, future S8 owners.

Hypothetical scenarios like this always make me giggle.:)
Rating: 3 Votes


At least you didn't call it theoretical.

He should have said 'theatrical' instead of theoretical...
Rating: 3 Votes

Question: What happens if you
- lose/gain weight
- do makeup
- get older like wrinkles
- accident that affect your face
Etc
The iris never changes


In those cases, the phone will self-destruct (explode) in 5 seconds. Samsung had this as a hidden beta feature in their Note 7.
Rating: 3 Votes

JaySoul
Makes sense to me.... 4 ways to unlock the phone, giving options to the user.

2) Facial recognition would be good for daylight, driving, gloves

4) Fingerprint on the back when taking it out of pocket etc
Rating: 2 Votes