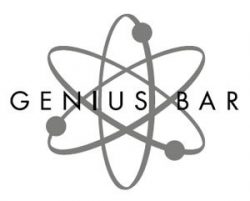 While the Genius Bar is the focal point of the Apple Store, it turns out the idea was initially panned by late Apple co-founder Steve Jobs.

Jobs went on to tell Johnson that the Genius Bar may in fact be the "right idea," but he was not convinced at the time that people who knew technology would be able to communicate effectively with customers.

“I remember the day I came in and told Steve about the Genius Bar idea and he says, ‘That’s so idiotic! It’ll never work!’” Johnson said. “He said, ‘Ron, you might have the right idea, but here’s the big gap: I’ve never met someone who knows technology who knows how to connect with people. They’re all geeks! You can call it the Geek Bar.’”

“And I said, ‘Steve, kids who are in their 20s today grew up in a very different world. They all know technology, and that’s who’s going to work in the store.’”


In an earlier interview, Johnson said it took some time before the Genius Bar gained traction, but within three years Apple was forced to create a reservation system due to its popularity. Nearly sixteen years later, the Genius Bar and the newer, more open concept Genius Grove remain a mainstay at most Apple Stores.

Szarky
Hate the name but for marketing I could see it's catchy. Was at a store getting a display fixed over the weekend and heard "just a minute and a genius will be right with you." Wanted to give a MEGA eye roll. A genius? Really, I'm going to meet a genius now? Come on.
Rating: 34 Votes

boast
True. The real geeks are in the back.
Rating: 26 Votes

Vertigo50
Who edits these articles? Why do they always include a long quote and then several paragraphs that summarize and even quote (again) the full quote that we just read?
Rating: 26 Votes

Jnesbitt82
You don't need to be a genius to read off of a check sheet.
Rating: 24 Votes

skippermonkey
Tim Cook should watch that video. See how it's all connected Tim? See how the rich variety of products appeal to a wide range of users and customers?
Rating: 21 Votes

SoApple
I really appreciate the genius bar. It's one of the reasons I stick with apple. Their support post purchase is best in class.
Rating: 20 Votes

shaunp
I actually find them a bunch of condescending ***** that wouldn't survive in a real IT job! Completely failed to recreate an issue with the fans on my 2011 MBP spinning up and being very loud when plugged into an external display. When I asked them if they plugged it into an external display they said 'No', but since their software couldn't find the issue the issue therefore didn't exist. They even went as far to tell me I'd bought the wrong product!! I had to create a video and show it to them, and even then after having the machine a week they didn't do anything. Claimed they replaced the thermal paste on the GPU, but the problem still existed. Had more GPU issues with a rMBP, which they also couldn't find. Took to an independent Apple reseller and they replaced the logic board under Apple Care. Job done. No questions asked.
Rating: 20 Votes

CaryMacGuy
Steve Jobs was capable of admitting he was wrong. In his 1996 interview with Robert x. Cringley, he said "I don't care about being right. I care about success." Also he has talked about how he cannot always veto ideas he doesn't like. He has to trust the brilliant people that he has hired.
Rating: 17 Votes

Genius Bar is almost useless when you have one Apple Store serving an area of with a population 2+ million people.


Yeah, the Tech Support aspect is great, but the coordination/deployment is not so 'genius'. You walk into a super packed store, randomly bump into an employee taking/queueing appointments, then you get the ugly stare from the second person in line and behind them is an insane line of people snaking around the store just to talk to 1 of 2 people handling appointments.

They need to split that space into two, seriously, my anxiety goes through the roof when I have to walk into any Apple store.
Rating: 16 Votes

bingeciren
Steve was wrong about many things. But he had better vision than anybody at Apple these days.
Rating: 16 Votes