Tuesday February 14, 2017 2:09 pm PST by Joe Rossignol
Warren Buffett's holding company Berkshire Hathaway nearly quadrupled its stake in Apple stock to 57,359,652 shares last quarter, according to an SEC filing disclosed today. Its stake in Apple was worth nearly $6.7 billion as of December 31, and over $7.7 billion today if the shares are still held. 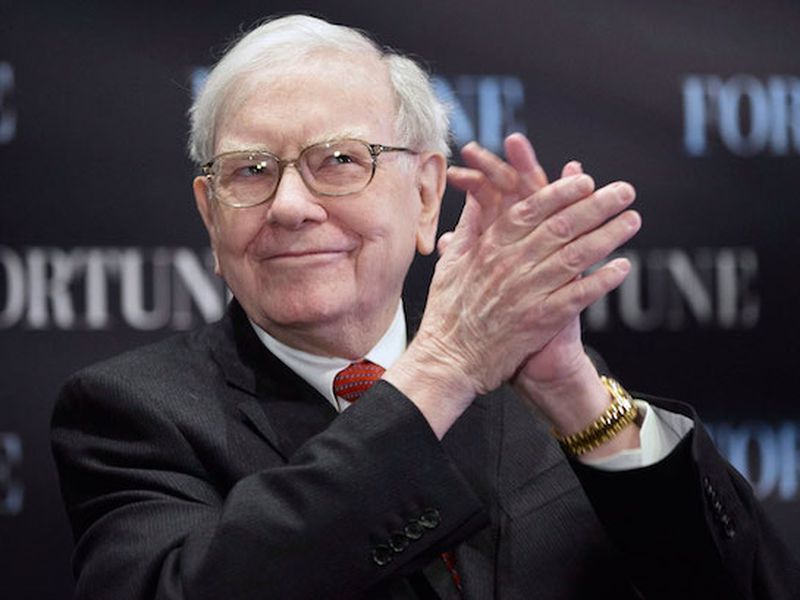 Berkshire Hathaway disclosed a nearly $1 billion stake in Apple last May, which led the iPhone maker's stock to soar 9% once the investment became public knowledge. Apple stock has been on the rise since then, closing at an all-time high of $135.02 today just nine months after setting a 52-week low of $89.47 in May 2016.

Apple and Berkshire Hathaway are the world's most and fourth-most valuable companies respectively based on their market capitalizations.

stukdog
Over and over again, he teaches how to follow in his footsteps, but it's so hard for so many of us to do it like him. Impressive.
Rating: 12 Votes

Over and over again, he teaches how to follow in his footsteps, but it's so hard for so many of us to do it like him. Impressive.

It's almost self fulfilling. Warren Buffett announces he thinks apple stock prices will go up. He invests lots of money, the price goes up.

If I announce that "company x" stock will go up and I invest in its stock, it seems to always go down.
Rating: 9 Votes

Didn't the bloke a while back cry that the sky was falling for Apple, then everyone got scared and said that Warren said so it has to be true when he dumped shares?


That was Carl Icahn.
Rating: 8 Votes

djcerla
And yet, the MR bros are assuring us that the firm is somehow in trouble and Tim Cook must be fired.

It's the oldest trick in the book. He knows Apple sucks, but realizes dumb people still think Apple is going to push something out of Timmy's "pipeline".


You know very little about Buffett's modus operandi. He rarely "dumps", and holds basically forever his picks. That guy was Icahn.
Rating: 8 Votes

jdillings
That doesn't look like an Apple Watch
Rating: 6 Votes

It's the oldest trick in the book. He knows Apple sucks, but realizes dumb people still think Apple is going to push something out of Timmy's "pipeline".
Rating: 6 Votes

Surprising as Warren Buffett tends to avoid stocks in technology and healthcare companies. I suspect one of his underlings is pushing for it...

I do not think it is surprising at all, because I think AAPL is the safest stock investment you can make, and it is also undervalued. It should be a $200.00 stock - just like Carl Icahn said. Everything Carl Icahn said about AAPL 18 months or so ago was correct.

How far can AAPL go down? Liquid asset value is very high for AAPL - maybe something like $50+ per share - so if all business halted or failed, the shares would/should still be worth more than $50.00. That's your downside, and try to imagine what it would take for Apple's business for that to become a reality. Very unlikely.

P/E ratio - compare to others. It's ridiculous that AAPL had such a low P/E ratio (of like 11 or 13 for a long time), while all the others grouped with it have P/E's of 18. This alone should make anyone buy the stock!

Earnings per share - again - AAPL does very well. Every share pulls in something close to $9 per year earnings.

What is not to like about AAPL? Fear of not selling iPhone's? I mean really? "Stock Analysts" have been so negative about AAPL stock for years and years - and the stock has gone up 1000% all the while, and they STILL keep saying negative things about AAPL. It's a big joke, almost as stupid as some of the false propaganda we see daily on CNN - all slanted made up stories - they start off with some assumptions and lies and build on the lies with more misinformation over and over until there is nothing left but a very incorrect world view. The old joke around MacRumours is that Apple is "going broke" - with CNN their thing is "Russia did it" - or "Putin did it". It's the same sort of joke.

If you can see through the lies, you can profit.

Warren Buffet probably realized it and put his money down knowing that AAPL is the easiest and safest investment in the entire world - there may be other good opportunities, but Warren Buffet would probably do best if he liquidated the holdings of Berkshire Hathaway and put all his eggs in one basket - AAPL.

The idea of "Are you Diversified" is garbage - you only need to pick a winner. Easy to do with AAPL. Has been easy and still is easy.
Rating: 2 Votes

Good thing you are here to point out negativity. Your comment will do nothing to change that so please continue to enjoy it.

From the tone of the post, I don't think he's enjoying your comments at all.

Even the most successful investors make poor decisions some of the time. His portfolio has losers in it, I can guarantee that.

I know he owns a stand-alone jewelry store in Omaha called Borsheims. He probably at least owns stock in one of the big chains. We live in Omaha and bought a couple of shares of 'B' stock (around $100.00 at the time) In Berkshire Hathaway, his company. Once a year there is a stock holders meeting and most of the brands and stores he owns have discounts for stockholders, even the ones with the cheap stock. Borsheims and Nebraska Furniture Mart are the 2 big draws, but there are others.
[doublepost=1487113329][/doublepost]And he used to avoid electronic and software companies, since he didn't understand them, but he and Bill Gates have become pretty good friends. They meet in Omaha about once a month and Mr. Gates has been advising him on tech stocks. I can't see Bill Gates advising him to buy Apple, however.


Money is money to an investor there is no playing hero versus villain when it comes to money, just more or less of it. :)
Rating: 1 Votes