Thursday February 9, 2017 8:56 am PST by Joe Rossignol
Apple is widely rumored to launch three new iPhones this year, and KGI Securities analyst Ming-Chi Kuo now claims that all of them will feature wireless charging. 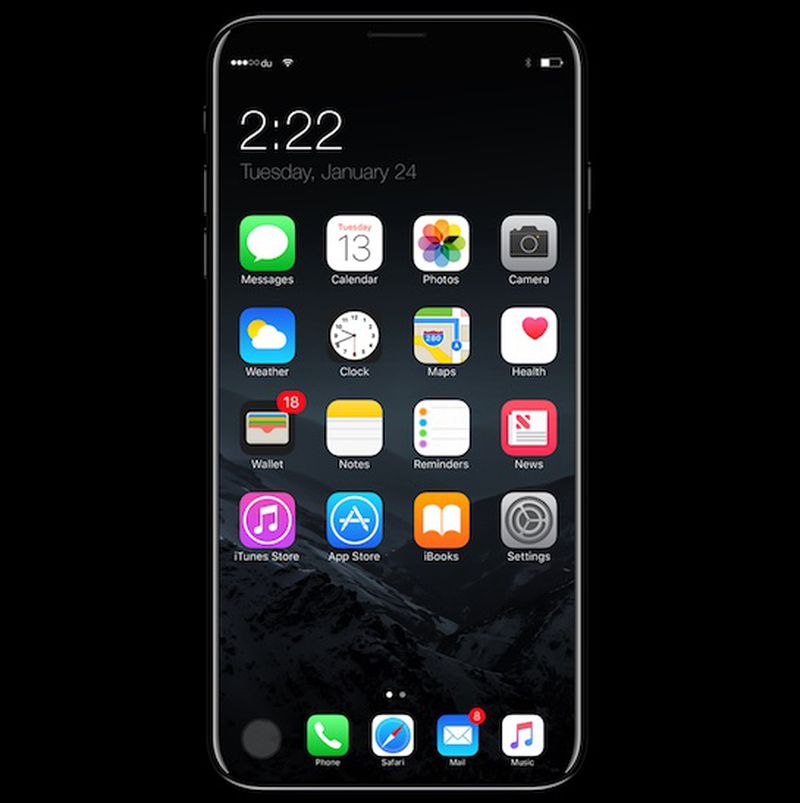 Kuo said wireless charging increases the internal temperature of smartphones, so he expects the rumored iPhone 8 with an OLED display and glass casing to have a new 3D Touch module with "additional graphite sheet lamination" in order to prevent the device from malfunctioning due to overheating.

An excerpt from Kuo's research note obtained by MacRumors:

While we don’t expect general users to notice any difference, lamination of an additional graphite sheet is needed for better thermal control and, thus, steady operation; this is because FPCB is replaced with film, which is more sensitive to temperature change of the 3D touch sensor in OLED iPhone.

The new 3D Touch module could be up to $5 more expensive for Apple to procure per phone. While that is a minimal increase, it lends further credence to a report claiming the high-end iPhone 8 could cost upwards of $1,000 in the United States due to a significant redesign and the use of premium parts.

840quadra
Such a "meh" feature. Add it to the list though, because lots of people want / complain about it.
Rating: 20 Votes

Such a "meh" feature. Add it to the list though, because lots of people want / complain about it.


This is one of the features that I think everyone will enjoy. The lightning cable is notoriously fragile and the convenience of wireless charging is just as powerful a feature as waterproofing it, in my opinion.

AllergyDoc
it will be nice not to have to worry about wires when reaching for my phone at 3:00 a.m.
Rating: 13 Votes

HVDynamo
Honestly, I would rather they dump wireless charging, and make the phone thick enough to accommodate a flush camera lens and bring back the headphone jack. If they did that, it would be a day one purchase, but it is wishful thinking. Wireless charging is inefficient, and causes the heat issues. I have never had any issues with any of my lightning cables, and don't have a problem just plugging it in. I usually charge it on my nightstand while I sleep and start my day with 100% battery every day. 99% of my days I make it back to the charger without issue.
Rating: 10 Votes

These days, ever since Tim Cook pulled that "30 minute short keynote" move, I am more inspired to see the looks on audience's face. I hope the next iPhone is "wow" phone as I had to skip out ip7 plus.


I wish they would allow a general audience so that way the thunderous Booooos would slap Tim Cook back to reality.
Don't get me wrong, Apple does some pretty amazing things, but over Tim's years, they seems to be more and more investor focused instead of customer focused like Steve Jobs was.
Rating: 9 Votes

Stuke00
Now you'll be able to charge and listen to your music at the same time.
Rating: 9 Votes

Should have done this way before ditching the audio jack.

The lightning port its Apple's worst invention of the past 20 years, slightly beating out the old 'hockey-puck mouse' from the late 90's.

The cables constantly disintegrating is annoying, yes, but that pales in comparison to the ports themselves which have ended up being the weak spot on every iPhone I've owned for the past 5 years.


Can you explain to me how some people never have problems with lighting cables and some always have problem with them? I'm still using first cable from iPone 5 and apart from being yellow it is fine and has not suffered any damage.
Rating: 8 Votes


Man, if it's the latter, I can't wait to not be able to pick up my device while it charges. Woo!

I genuinely don't get the appeal of inductive charging.
Rating: 8 Votes