The macOS Sierra 10.12.3 update is available for download through the Apple Developer Center or through the software update mechanism in the Mac App Store. 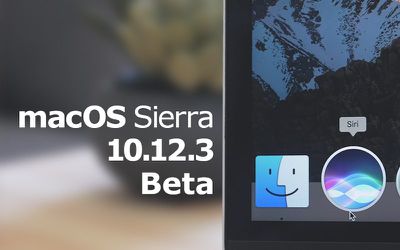 According to Apple's release notes, the 10.12.3 update "improves the stability, compatibility, and security of your Mac." No specific changes, bug fixes, or feature additions were discovered in the first three betas, but we'll update this post should any new features be found in the fourth beta.

With bug fixes, it's often hard to determine exactly what's included in an update until Apple supplies detailed release notes with a release. We do, however, know that this update fixes a Safari bug that caused battery life problems during the MacBook Pro testing conducted by Consumer Reports.

jlc1978
i wonder if they fixed the USB bug where drives are disconnected and not recognized after waking from sleep...
Score: 2 Votes (Like | Disagree)

I learned from Apple employee that installing beta leaves some junk on the phone that cannot be removed unless you setup phone as new. Some of the issues that I experienced includes (1) super slow "copying diagnostics", (2) local video not syncing with TV app, and (3) ballooning iCloud backup size.

Needless to say, I shan't bother with iOS beta anymore.

Great. But what does that have to do with macOS?
Score: 1 Votes (Like | Disagree)
Read All Comments