Monday January 9, 2017 9:59 am PST by Juli Clover
Apple today seeded the third beta of an upcoming iOS 10.2.1 update to developers, three weeks after seeding the second iOS 10.2.1 beta and nearly a month after releasing iOS 10.2, the second major update to the iOS 10 operating system.

Registered developers can download the third iOS 10.2.1 beta from the Apple Developer Center or over-the-air with the proper configuration profile installed. 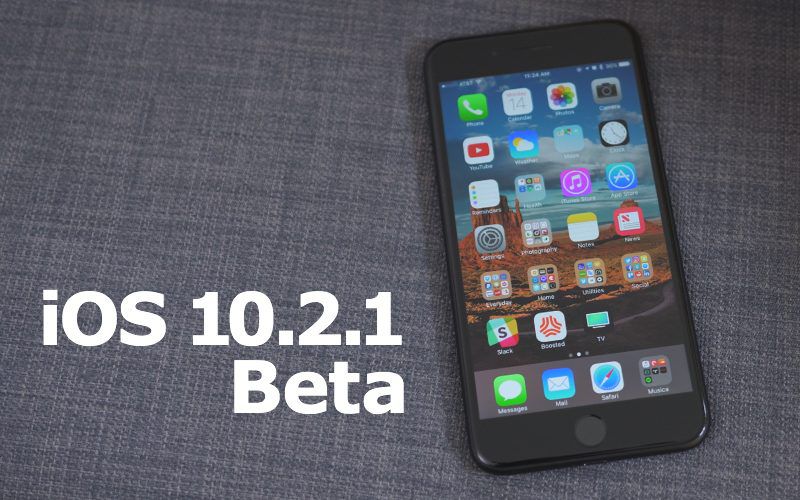 It isn't yet known what features are included in iOS 10.2.1, but as a minor 10.2.x update, it appears to focus on bug fixes and performance improvements rather than major outward-facing changes. No new features were discovered in the first two iOS 10.2.1 betas, but we'll update this post if any changes are found in the third beta.

TheAppleFairy
Crap was hoping for 10.3 today or tomorrow.
Rating: 10 Votes

Guys calm down all the 10.3 leak was from a random dude on twitter and us humans go crazy and make people go viral, there is no dark mode on ios 10 and ios 10.3 will be out in few months they haven't even finnished 10.2.1 yet so guys chill out

As I mentioned just a minute ago, Apple don't work on one build at a time.

You're right. 10.3 will be out in a few months but before that we'll go through multiple beta phases which will probably start tomorrow.

Some people have no idea what they're talking about...
Rating: 6 Votes

Markarian421
Hopefully it will have a fix for the Bluetooth stutter/skipping? Maybe they had to tack that on at the last moment now that AirPods are shipping and they can't blame everyone else's firmware anymore.
Rating: 5 Votes

What does that have to do with my post? A developer is not just going to install 10.2.1 and then not update to 10.3 in order to continue testing and building their apps. They are going to want to run the latest builds to make sure everything is working properly.

I'm going to disagree. Developers want to run 10.2.1 on one device, and 10.3 on another. Not everyone updates. They will want to test on all firmware versions.
Rating: 3 Votes

At the local cinema?
[doublepost=1484004844][/doublepost]
You're doing it wrong. It syncs fine for me. Perhaps reset your phone or replace it.


Yes, because you don't experience an issue must mean its not an issue. :rolleyes:
Rating: 3 Votes

Crap was hoping for 10.3 today or tomorrow.

Yeah because Apple only work on one build at one time...

iOS 10.3 beta 1 could, and probably will still be released tomorrow.
Rating: 2 Votes

m_martins
What does sonny dickson say about this??? After all he started the rumor that Apple should realese the 10.3 beta in january 10... he should say something about this....
Rating: 2 Votes