Apple today released tvOS 10.1, marking the first major update to the tvOS 10 operating system that was first released in September. tvOS 10.1 has been in testing since October 31, and Apple seeded four betas to developers before its public release.

The tvOS 10.1 update can be downloaded on the fourth-generation Apple TV using the Settings app. Go to System --> Software Update to install. For those who have automatic software updates turned on, the Apple TV will be upgraded to tvOS 10.1 automatically.

Apple has also released an 8.4.2 update for third-generation Apple TV owners, which is available alongside tvOS 10.1. 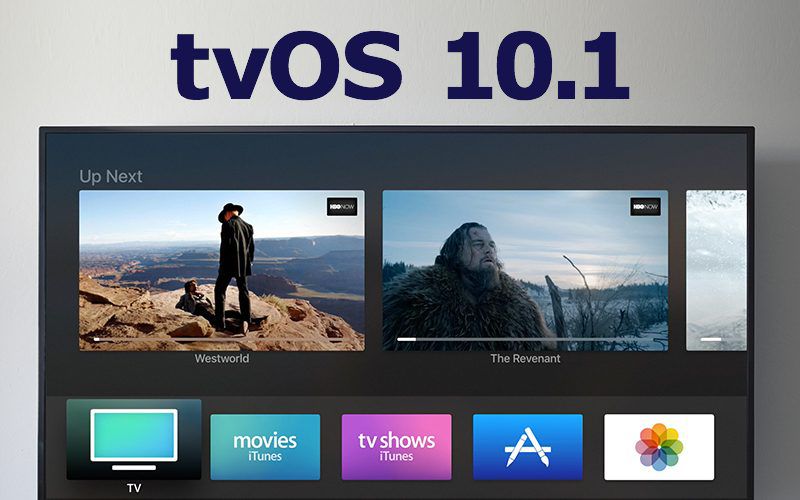 tvOS 10.1 introduces a brand new "TV" app, which is designed to make it easier for users to discover new content across the dozens of television and movie apps that are available.

It serves as a sort of Apple-designed television guide, giving customers a way to find and watch TV and movies across multiple devices. It features a dedicated store, recommended content, and cross-device syncing.


The TV app works hand-in-hand with Single Sign-On, a long-promised tvOS 10 feature that was introduced last week. Single Sign-On lets users sign in with their cable credentials one time to access all live cable content they're entitled to across multiple apps.

tvOS 10, for those unfamiliar with the operating system, brings features like improved search, expanded Siri capabilities, a dark mode, a Continuity option for using the iPhone for text input, automatic app downloads, quicker access to live TV, and more. For more details on tvOS 10 and tvOS 10.1, make sure to check out our dedicated roundup.

jdillings
The TV app is hot garbage. It's nearly worthless and Apple implemented it as another app instead of integrating it into tvOS. Like I really want to open another app to find what's playing in another app and then have to open the other app to watch what I want. Another Tim Cook innovation.
Score: 6 Votes (Like | Disagree)

Yeah but what about the Macs? The Macs though. Where's the new Macs? /s

Or where is the new TV app for Mac? I bet they'll release it for the Apple Watch before the Mac.
Score: 3 Votes (Like | Disagree)

I'd like a new ATV, but to be honest its just a netlix box for my tv so I'm thinking that I won't get much extra use out of it.

ATV3 can stay in the house until it breaks!


Netflix on the ATV3 is a lot better than the ATV4 Netflix app imo. If Netflix was the only app I would use, then I would probably sell my ATV4 and just use my ATV3 boxes.
Score: 2 Votes (Like | Disagree)

neander
Damn bring back the Home button.. dont like going into the TV app that way. crap..

And you can't edit it any way..

edit: i found a way to edit it.. go into Remotes and Devices - Home Button.

jonnysods
I'd like a new ATV, but to be honest its just a netlix box for my tv so I'm thinking that I won't get much extra use out of it.

ATV3 can stay in the house until it breaks!
Score: 2 Votes (Like | Disagree)
Read All Comments