Since new MacBook Pro models launched last month, an increasing number of early adopters have reported serious graphics issues on Apple's latest notebooks. The glitches and other problems appear to be most prevalent on built-to-order 15-inch models, but standard 13-inch and 15-inch configurations are also affected.


Becker claims when he took his MacBook Pro to an Apple retail store to be replaced, an employee said the graphics issues are likely a hardware problem. He later claimed he received a phone call from Apple's headquarters in Cupertino, California, where it allegedly has a team of engineers looking into the issues.

Apple called me from Cupertino. They put together a group of engineers to get to the root of this. I re-created the incident while I was on the phone with them and sent them the log files of the crash. They also want to "capture" my MacBook Pro with all the files on it to investigate more. 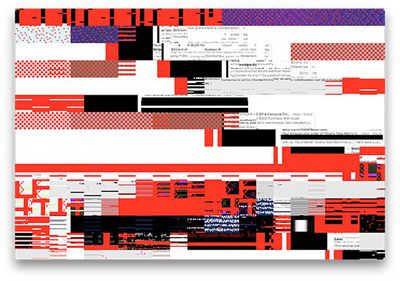 
It is not entirely clear if the issues are a hardware or software problem. The graphics appear to act up most when users are completing intensive tasks, such as transcoding video with Adobe Media Encoder, syncing large photo libraries with Photos, or using other Adobe apps such as Photoshop and Lightroom.


User complaints extend to the Apple Support Communities and other MacRumors discussion topics, indicating the graphics issues are rather widespread, but not all users are affected. Some speculate the latest macOS Sierra beta may fix the issues, but evidence remains anecdotal.

Separately, a number of users are reporting brief glitches during the boot up process on new MacBook Pro models, particularly along the bottom of the screen. It appears this issue is related to FileVault 2 startup disk encryption, as the glitches go away for many of these users once the feature is disabled.

As insurance, Apple's extended holiday return policy is currently in effect. MacBook Pros purchased or delivered between November 10 and December 25 are eligible for return until January 8, 2017 in the United States, Australia, Canada, United Kingdom, France, Spain, Germany, and select other countries.

Select 2011-2013 MacBook Pro models have exhibited similar graphics issues in the past, including distorted video, no video, or unexpected system restarts. Apple accordingly launched a Repair Extension Program offering free repairs and refunds, but not before facing a class action lawsuit over the matter.

Apple appears to be aware of and is investigating these latest graphics issues, but it has yet to publicly comment on the matter. Apple been actively exchanging MacBook Pros for affected customers, according to users. Schedule a Genius Bar appointment or contact Apple Support to facilitate this process.

gertruded
The news just gets worse and worse.

There is something very wrong inside Apple.
Score: 153 Votes (Like | Disagree)

Larry-K
Time to put some of that watchband R&D into GPUs.
Score: 117 Votes (Like | Disagree)

Schwyz
Quality control has flown out the window.
Score: 88 Votes (Like | Disagree)

trifid
Someone at Apple forgot that people still use macs for pro work and didn't test them properly.
Score: 79 Votes (Like | Disagree)

jayducharme
"It just works."
"You're viewing it wrong."
"Courage."
"This is the best display we've ever made in a MacBook."

Which others have I forgotten?
Score: 74 Votes (Like | Disagree)
Read All Comments

Tuesday September 27, 2022 8:05 am PDT by Hartley Charlton
An Apple Watch Ultra user has modified their new device's casing to add a brushed finish and remove the orange color of the Action Button in an effort to make it more visually appealing. The Apple Watch Ultra offers the first complete redesign of the Apple Watch since the product line's announcement in 2014, and while the design has been met with praise from many users, some have criticized...
Read Full Article • 178 comments

Thursday September 29, 2022 12:38 pm PDT by Juli Clover
Tony Blevins, Apple's vice president of procurement, is set to depart the company after he made a crude comment about his profession in a recent TikTok video, reports Bloomberg. Blevins was in a video by TikTok creator Daniel Mac, who was doing a series on the jobs of people he spotted with expensive cars. After seeing Blevins in an expensive Mercedes-Benz SLR McLaren, Mac asked Blevins what ...
Read Full Article • 536 comments