Friday December 2, 2016 8:37 am PST by Joe Rossignol
Apple has posted a message on its Chinese website to address unexpected battery shutdowns affecting some iPhone 6s models, noting the issue is related to some batteries having been overexposed to "controlled ambient air" during the manufacturing process (via Business Insider). 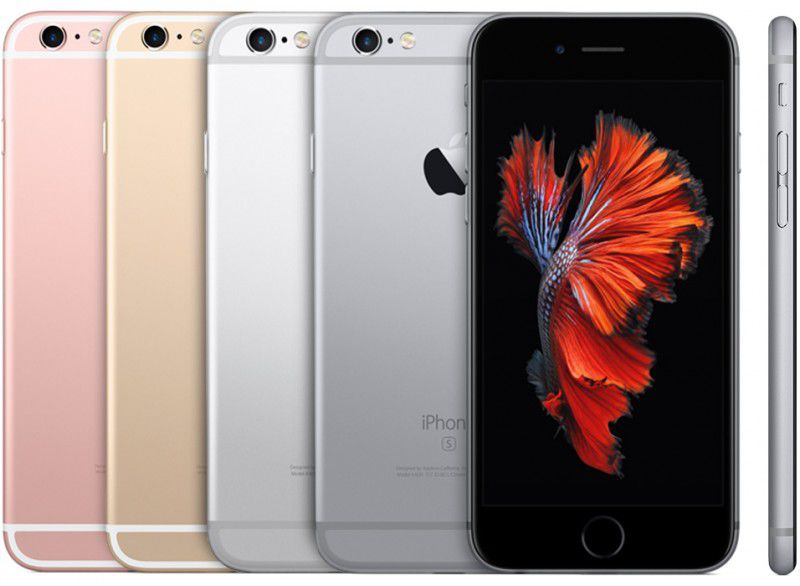 We found that a small number of iPhone 6s devices made in September and October 2015 contained a battery component that was exposed to controlled ambient air longer than it should have been before being assembled into battery packs. As a result, these batteries degrade faster than a normal battery and cause unexpected shutdowns to occur. It's important to note, this is not a safety issue.

Apple added that iPhones are designed to shut down automatically under certain conditions, such as extremely cold temperature. In this case, some iPhone 6s models are shutting down with around 30% battery percentage remaining to protect the device's internal components from low voltage.

Apple said it has investigated other factors that could potentially cause an iPhone to shut down unexpectedly, but it has not identified any new factors. Nevertheless, the company said it will continue to monitor and analyze customer reports. Apple reiterated the battery issues are not a safety concern.

Apple launched a repair program earlier this month offering free battery replacements for affected iPhone 6s models. These devices fall within a limited serial number range manufactured between September 2015 and October 2015. Apple has since launched a tool to check if your serial number is affected.

To everyone that made fun of Samsung's exploding batteries;


This isn't even remotely the same thing. On one hand you have a battery that just shuts down because it can't hold power as well as it should be. On the other hand, you have a phone blowing up in your face.

Can you read?
"This is not a safety issue."

Please tell me you weren't being serious....
Rating: 23 Votes

jdillings
Cook has got to go....this is getting ridiculous.
Rating: 16 Votes

To everyone that made fun of Samsung's exploding batteries;

What's good is the fact that my phone won't blow up in my hand
Rating: 13 Votes

now i see it
At least it wasn't uncontrolled ambient air.
Rating: 13 Votes

Dented
I sent my phone in with this issue a couple of months ago and they tried to tell me it was something to do with the lightning port being damaged (the port worked perfectly) and I had to pay £100 for that repair before they'd even look at the battery. I told them to forget that, and they returned it unfixed. Surprise surprise, the serial number is now eligible.

I suspect this is WAY more widespread than they're making out. It was obvious at the time that they were looking for any reason not to do the repair under warranty, probably because they were awash with them.
Rating: 10 Votes

Rudy69
It sucks because we went in sept to have them look at my wife's phone (it shuts down randomly at 20-40%). It was about 2-3 days before the warranty was about to run out and the Apple guy said her phone was "fine". Now we have to book another appointment and get it fixed finally. But it's a hassle and it sucks we have to go twice and they made us feel like we were making it up the first time. "oh you have Facebook AND spotify on your phone, that's why the battery drains so fast".
Rating: 8 Votes

freepomme
"Oh, the battery is fine" yall said. "I don't have to charge my iPhone 3 times a day!" "If you want a better battery go to Samsung." This is what yall said.

The batteries in the 6s, there's something wrong with it. I told Apple this. Months ago I went to the Apple store and sat back and told them that.

And it's panning out just like I said it would. Now they can't make enough of these new batteries as they're backordered for over two weeks.

I told you so! And yall found out that you are what I said yall were. a fraud. This is why I don't argue on this forum. I don't have to. I just slap you in the head with your own book.

I knew that sooner OR LATER. Something would come to light that proves everything I've ever told you. And I'll be damned if it hasn't happened one mo gain.

Clearly, Apple knows this is not just a defect limited to the 6s (its not like there has been major battery manufacturing changes between 6, 6s and 7 devices). Some 6, 6 plus and 6s plus users are reporting this exact same issue. I have 2, 6 devices in my home that are dying at about 30%. Have been for about 4 months (give or take, has felt like a year). And they go form fully charged to dead in about 2 hours. Tops.

My guess is Apple is not really looking to announce some major battery recall program, spanning 3 generations of devices, with all the "uh oh" battery buzz in the industry at the moment. Nah. They'll lay low. Address the latest build to experience this issue (the 6s family) - as the 7 devices are still too new to see this battery issue - to convey an image of "making it right." Which is better than not taking any steps to remedy. My prediction: about a year, year and a half from now, 7 users will be experiencing this same issue.

I suspect they will eventually extend this battery replacement program to the 6s plus. But not for a few months (March/April?). Gotta space out the recall announcements. Bury them amongst other product spec bump announcements. I also suspect they will never address this issue with 6 users. By the time they have adequately addressed the 6s plus, the 6 will be nearly 3 years old. And the next gen device will be close to shipping and the pending release will obviously consume all of the headlines. #movingon

I could be wrong.
Rating: 7 Votes