Dropbox for iOS is being updated today with iOS 10 support and new features to improve the file storage and sharing experience.

With Messages integration, Dropbox users can select Dropbox files from within the Messages app and share them with friends and colleagues, alleviating the need to open the Dropbox app and copy a link. A new Dropbox widget can be added to the lock screen, providing easier access to tools for creating, viewing, and uploading files. 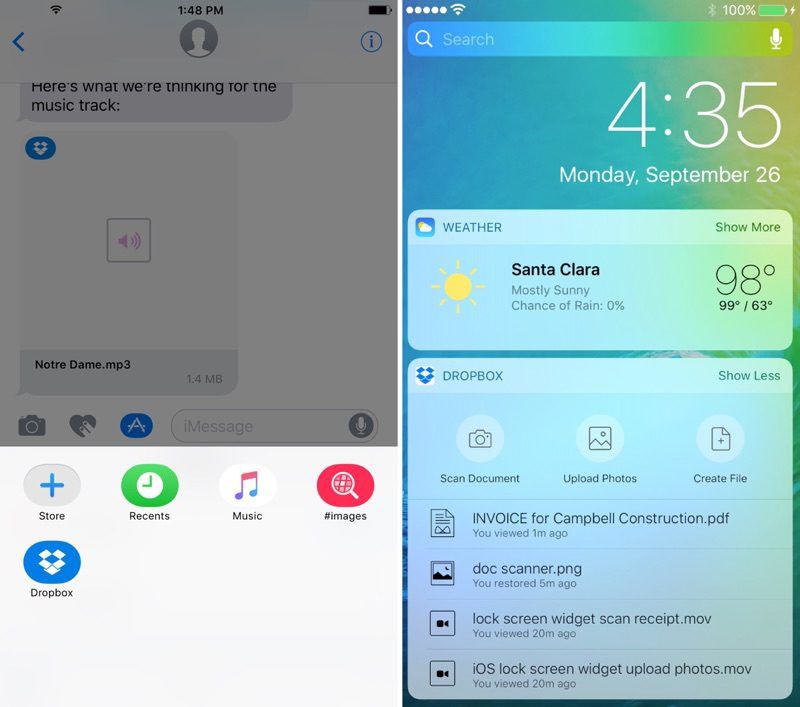 There's a new tool in the Dropbox for signing PDFs, and there are options for getting notified when a file has been updated by a colleague so it can be refreshed with a tap. 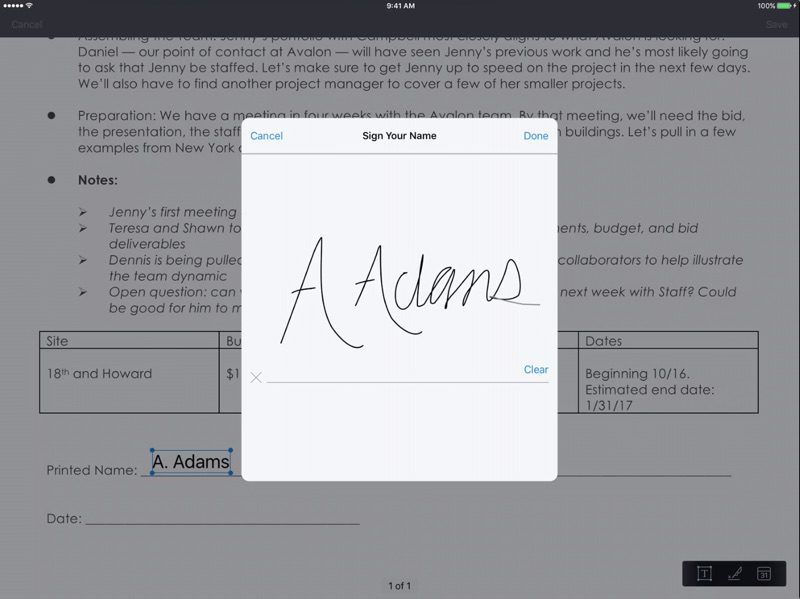 Dropbox now includes support for picture-in-picture, a feature designed to let iPad users watch videos while performing other tasks. Split-screen support for compatible iPads is also coming in the near future, but won't be included in today's update.

Dropbox can be downloaded from the App Store for free. [Direct Link]

Rudy69
Sorry guys, I moved on to iCloud. It was hard to give up the free space but I had enough of the macOS app
Rating: 7 Votes

nagromme
I suppose my needs are meager, but the Dropbox Mac and iOS apps have both been fine for me.

I use Dropbox for some things, iCloud for others, and neither has given me enough trouble to switch totally in either direction.
Rating: 2 Votes

Nuvi
Too little too late. OneDrive and iCloud full fill our needs. Since we (as a company) need Office day-to-day bases and therefore have Office 365 subscription not using OneDrive would make very little sense. For other uses we have iCloud. IMHO, Dropbox is bit like Evernote. Unfortunately, they both have lost their momentum they had when competitors were still trying to figure out how the cloud should be working. Now that competitors have their services up and running the old ones have either set their prices too high or lack the required integration.
Rating: 1 Votes

LV426
Is this proper digital signing of PDFs, or the usual rubbish where a simple graphic gets added to a PDF, adding no legal weight whatsoever?

If someone sends me a PDF with a signature on it, it means nothing unless a) the document is immutable and b) it can be shown that the signature was added by an identifiable individual and certification authority.

It's always been a bit of a mystery to me why Apple don't offer a true digital signing service for documents (PDF, Pages, Numbers etc.) using a user's Apple ID. They are in a prime position to be able to do this.

As I understand it, Adobe and others offer such a service, but you have to pay to get documents signed. Wouldn't it be great if you could just take a PDF on your Mac, sign it with you signature, and have it locked and certified automatically by an Apple server (for free). A recipient of such a document could be confident of the document's legitimacy.
Rating: 1 Votes

subjonas
Pretty nice update. I'm baffled as to how such a widely used productivity app hasn't had split screen support this whole time, but I'm relieved to hear it's finally coming.
Rating: 1 Votes

Nevaborn
The MacoOS app is crud TBH. But due to work issues we have just started using a group share Dropbox account and it is working well. Hopefully these updates will help.

Only problem I have is if I want basic group tools I am being forced to look at. Dropbox Business account. If iCloud gets its act together and broadens our Dropbox will get dropped again.
Rating: 1 Votes

I suppose my needs are meager, but the Dropbox Mac and iOS apps have both been fine for me.

I use Dropbox for some things, iCloud for others, and neither has given me enough trouble to switch totally in either direction.

Dropbox seems to be (according to my usage and the usage of people I know, but it's still an worthless opinion on the grand scheme of things, obviously) by far the best cloud solution out there.

Simple, yet powerful and reliable. Their features to upload your screenshots and so on are best in class. However, it seems that their mac app is getting relegated. They still have the "import from iPhoto" feature, after all.
[doublepost=1476212309][/doublepost]

Why will it take over a year for them to implement split view? That is ridiculous and one thing that has actually pulled me back to OneDrive for some things. Microsoft seems to keep up with iOS more than the Dropbox team, which is surprising.

Dropbox takes their time, because all that matters to them is having a stable app and service. The app that has been relegated is the Mac app.
Rating: 1 Votes

Dropbox takes their time, because all that matters to them is having a stable app and service. The app that has been relegated is the Mac app.


I don’t think it is being relegated. Dropbox has a very interesting roadmap for desktop with ‘Project Infinite’ a.k.a. on-demand syncing of files and their Paper collaboration service. There was a reason why Apple suddenly decided to add collaboration features to iWork and enhanced iCloud Drive with Optimized Storage. Dropbox has been working on this for a while.

I actually pity Dropbox a bit. Their Mac client worked quite well until Apple blocked applications from injecting code into or attaching to Finder. Yosemite brought us the Finder Sync extension point, but it has caused nothing but problems for them and a loss of functionality for users. I believe the recent outrage over their haxies, while bad, happened with good intentions. The things that Apple can do with Finder and iCloud Drive is not open to other developers, unless they develop their own Finder.
Rating: 1 Votes
[ Read All Comments ]