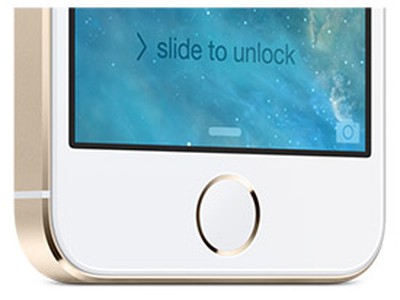 The U.S. Court of Appeals for the Federal Circuit has reinstated Apple's $119.6 million award in a longstanding patent lawsuit with Samsung, after eight of twelve judges ruled it was wrong to throw out the verdict in February.

The bulk of the award, $98.7 million, was for the detection patent that the earlier panel said wasn’t infringed. The February decision also said the other two patents were invalid. […] That was a wrong decision, the court ruled Friday, because it relied on issues that were never raised on appeal or on information that was beyond the trial record.

The long-running lawsuit dates back to 2011, when Apple accused Samsung of infringing upon its now-retired slide-to-unlock feature, autocorrect, and a method of detecting phone numbers so they can be tapped to make phone calls, according to Bloomberg. The case is not to be confused with a similar Apple v. Samsung lawsuit related to accusations of older Galaxy smartphones infringing upon the iPhone's design.

The appeals court will argue that second case, also dating back to 2011, on Tuesday to determine how much Samsung should pay for copying the look and feel of the iPhone, according to the report. Samsung was originally ordered to pay Apple damages of $548 million, but it appealed to the U.S. Supreme Court in December as a last-ditch effort to avoid paying the settlement.

In August, over 100 world-renowned designers, including Calvin Klein, Dieter Rams, and Norman Foster, filed an amicus brief in support of Apple in the lawsuit. The designers argued that a product's visual design has "powerful effects on the human mind and decision making processes," citing a 1949 study that showed more than 99% of Americans could identify a bottle of Coca-Cola by shape alone.

I have always wondered how large amounts get transferred from company to company? Especially when they are in the billions. Anyone have an idea?

In this case, a huge caravan will show up at Apple HQ filled with Galaxy Note 7s. It will be led by Christophe Waltz.
Score: 17 Votes (Like | Disagree)

I have always wondered how large amounts get transferred from company to company? Especially when they are in the billions. Anyone have an idea?

Tuesday June 2, 2020 1:31 am PDT by Tim Hardwick
Apple Music has cancelled its Beats 1 radio schedule for Blackout Tuesday and is suggesting that listeners tune in to a radio stream celebrating the best in black music. Blackout Tuesday is a campaign organized by the music industry to support Black Lives Matter after Minneapolis citizen George Floyd was killed by police in the course of his arrest. On launching Apple Music, many users...
Read Full Article • 409 comments