Tuesday October 4, 2016 12:02 pm PDT by Mitchel Broussard
At its media event today in San Francisco, Google announced a few new pieces of hardware, mainly centering around the company's artificial intelligence initiatives and the confirmation of a new pair of smartphones called the Pixel and Pixel XL.

Additionally, the company revealed the new Chromecast Ultra streaming dongle, a VR headset called Google Daydream, and gave more details about its connected smart home hub device, Google Home. Bits and pieces of information on the Pixel smartphones and Google Home have surfaced online over the past few weeks, correctly predicting most of today's announcements.

The company started off by providing details on its artificial intelligence platform, called Google Assistant, which the company says is like "your own personal Google." The assistant can perform normal tasks like playing music, performing search queries, and providing navigation directions, as well as carrying on a normal conversation with the user. The company showed this by providing an example of a user asking for directions, then inquiring about restaurants at the destination's end, and finally setting a reservation at one.

Google CEO Sundar Pichai also discussed a few intelligent updates coming to the company's search system, including improvements to image descriptions, better translation fueled by machine learning technology, and more human-like text-to-speech abilities. Pichai said that the assistant will "constantly get better" as the company introduces it to more and more users, which it's started doing with the recent launch of Google Allo. 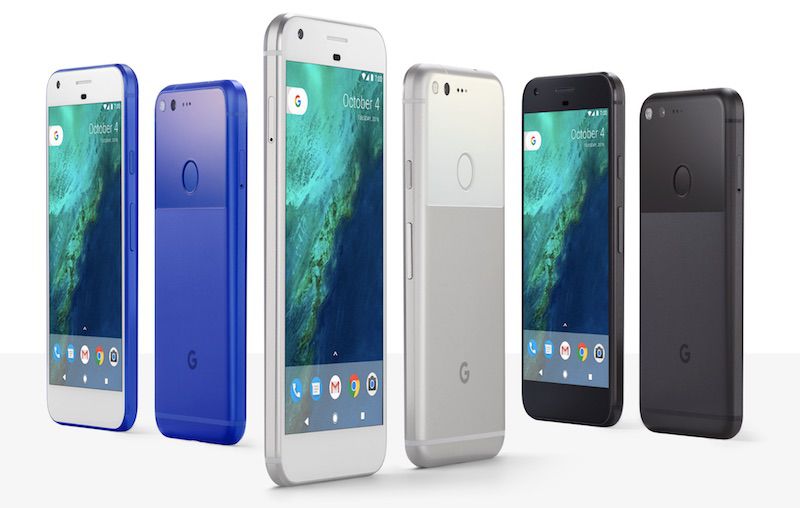 Senior vice president of hardware at Google, Rick Osterloh, mentioned the company's goal to introduce Google Assistant within each of its new hardware announcements, beginning first with the confirmation of its new smartphone: Pixel. The company's new handset is the first official device with its machine learning AI built directly into it.

The company said that Pixel was built to be "simple and smart," with Google Assistant fueling a few streamlined interface features throughout the user interface. In the demo, vice president of product management at Google, Brian Rakowski, gave examples of using the assistant to show photos from a few months ago, playing music through YouTube, and texting his wife.

Rakowski also mentioned that Pixel has received the highest DxO Mark camera rating (89) of any smartphone on the market. The 12.3 megapixel camera has a f/2.0 aperture and includes features like "Smartburst," which intelligently selects the best image from a burst of images, while HDR+ lets the smartphone shoot images in bright and low light situations. Unlike other smartphones, Pixel keeps HDR+ on by default, with "zero shutter lag" according to the company.

Google also confirmed that the smartphone comes in two versions: a 5-inch 'Pixel' and 5.5-inch 'Pixel XL.' They each feature Snapdragon 821 processors and 4GB RAM, a 2770mAh battery for the Pixel and a 3450mAh battery for the Pixel XL, and screen resolutions of 1080x1920 and 1440x2560, respectively. There's also a fingerprint sensor, hi-definition AMOLED Display, and all of the smartphone's components are covered by a combination aluminum unibody and polished glass encasement. Referencing Apple, Google mentioned during its presentation that the Pixel has "no unsightly camera bump" and includes a 3.5mm headphone jack.

In regards to battery life, the company said that Pixel includes "quick charging" that can get users up to 7 hours of battery life in only 15 minutes. A transfer tool will make it easy to transfer from iOS, as well. For those interested, Pixel will be available in 32GB and 128GB options as a Verizon exclusive in the United States, but will also be available unlocked for $649 on the Google Store. Each phone comes in "Very Silver," "Quite Black," and "Really Blue" colorways.

Google unveiled a few details about its new virtual reality headset, Daydream, which it has crafted with a focus on comfortability and affordability thanks to its support of Pixel. Over fifty companies have partenered with Google and will bring VR experiences by the end of the year, including video games, video streaming apps like Hulu and Netflix, and even journalism publications.

The company's first-party apps like YouTube and Google Streetview will also introduce Daydream support soon. The headset itself will launch for $79 in November. 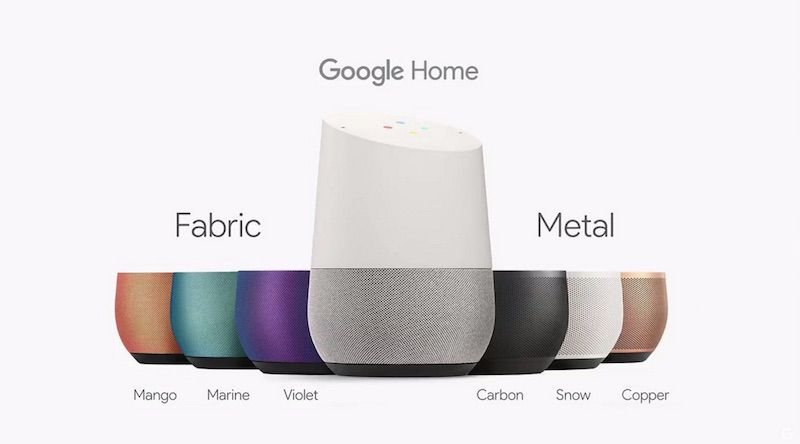 Lastly, vice president of product management, Rishi Chandra, formally introduced the company's hands-free smart home speaker, the Google Home, which continues the company's focus on Google Assistant in its hardware categories. The assistant will be able to infer the context of a user's speech patterns when using Google Home, like asking the device to "play that Shakira song from Zootopia." The AI then leverages Google's search index knowledge to play the correct song from a user's preferred music service, including Spotify, Google Play Music, iHeartRadio, YouTube Music, and more.

Chandra also demoed basic search queries (how to get a wine stain out of carpet), asked about traffic before leaving the house, and went through a language translation feature. The VP said that eventually the company plans to introduce Handoff-like support for picking up search inquiries from Home onto Pixel, like asking for directions with Google Home and following the directions on Google Maps on Pixel.

At launch, Google Home can "voice cast" YouTube videos from the device and onto a Chromecast dongle, so users can speak to Home to play videos on a TV. Netflix and other services are expected to come soon. Google Home will cost $129 and comes with a free six month trial of YouTube Red. Users can pre-order the device starting today, with an expected launch date of November 4.

The company also revealed a few other smart home devices, including Google Wi-Fi, which will bring support for the expansion of network throughput in a home with a modular system that users can place in each room that needs a signal boost. Google Wi-Fi is coming in December with a single pack for $129 and 3-pack for $299.

On the entertainment side of the home, the company also officially announced the Chromecast Ultra, which supports streaming of up to 4K video content. The streaming device is also 1.8 times faster than the previous Chromecast, includes Ethernet support, and will be available in November for $69.

The company closed out the press conference by revisiting Google Assistant and announcing an SDK for the AI will be coming for developers sometime in 2017, which will further allow the voice assistant to grow and learn on the company's ecosystem of products. For more information on all of the devices announced today, Google has accumulated information on its Made by Google website.

JayIsAwesome
Just here for the comments

It has a freakin' headphone port! I'm sold!

Google's highlight was when they announced the colors for their "made by Google" device named the Pixel: "Quite Black", "Very Blue", and "Really Silver". I'm glad doge has done well for himself, landing a job at Google naming flagship products.
Rating: 39 Votes

nfl46
I'll pass, but at least Google Assistant is light years ahead of Siri. :(
Rating: 38 Votes

jdillings
Those are some ugly devices.
Rating: 36 Votes

Schwyz
I got mine early. 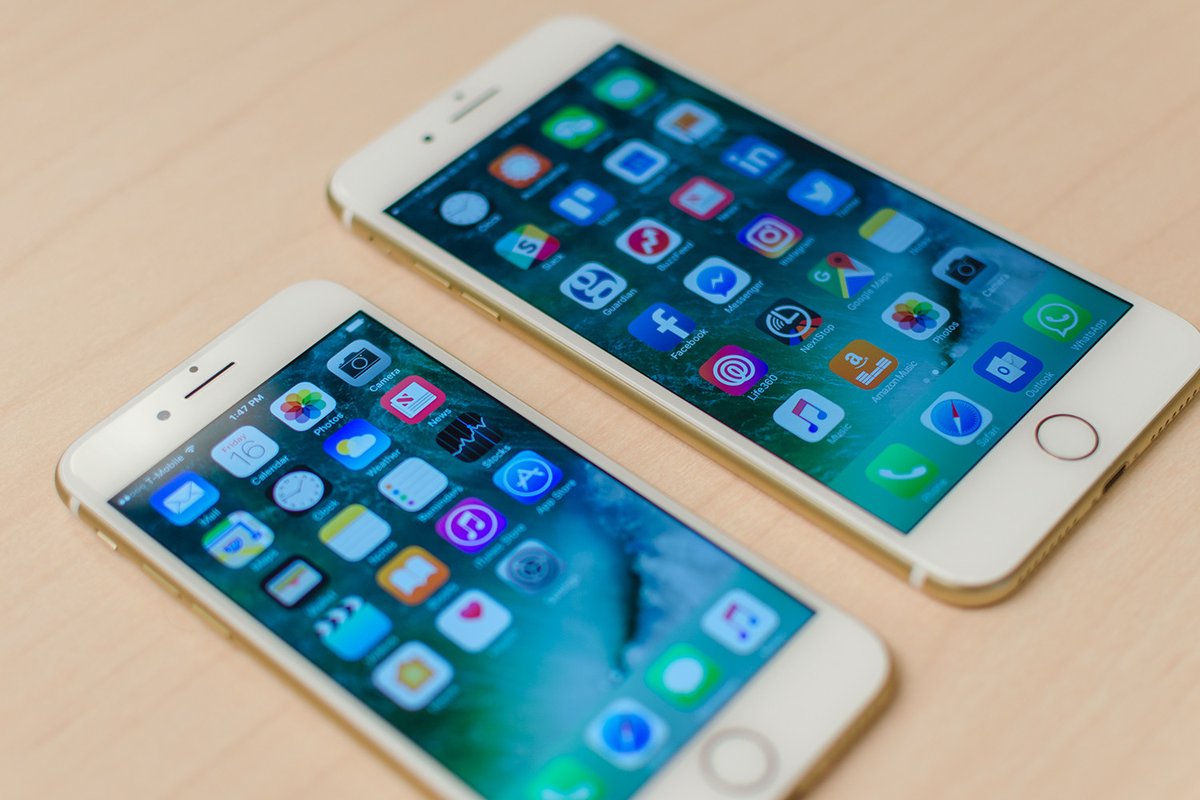 infinitejest
A list of things why I would buy this phone:
Rating: 29 Votes