Beta testers who have signed up for Apple's beta testing program will receive the 10.12.1 macOS Sierra beta through the Software Update mechanism in the Mac App Store.

Those who want to be a part of Apple's beta testing program can sign up to participate through the beta testing website, which gives users access to both iOS and macOS Sierra betas. Betas should not be installed on a primary machine due to the potential for instability. 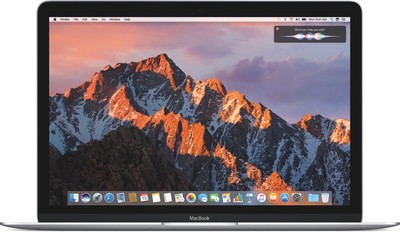 macOS Sierra 10.12.1 appears to focus mainly on bug fixes and performance improvements to address issues that have surfaced up since macOS Sierra was first released. It also includes album support in Photos for the new Portrait feature in iOS 10 on the iPhone 7 Plus.

Tried Siri on Mac in Swedish. She can't even play Phil Collins on Apple Music, even if she gets the sentence right. She asks if I want to Google it.

keysofanxiety
Apple's software team must be working around the clock. Say what you want about the hardware, but they've been pushing out some rock-solid operating systems recently. Certainly they hold themselves to a higher standard than I can ever remember.

kgtenacious
What's wrong with this picture?

Apple's software team must be working around the clock. Say what you want about the hardware, but they've been pushing out some rock-solid operating systems recently. Certainly they hold themselves to a higher standard than I can ever remember.

Likely a good side-effect of having releases without all that many features and upgrades.

Apple's software team must be working around the clock. Say what you want about the hardware, but they've been pushing out some rock-solid operating systems recently. Certainly they hold themselves to a higher standard than I can ever remember.

Fret not, there's still that one jabroni who refuses to upgrade from Mavericks because of flat icons.
Score: 2 Votes (Like | Disagree)
Read All Comments