Tuesday October 4, 2016 7:13 pm PDT by Husain Sumra
Apple has discontinued the third-generation Apple TV, removing it from its online store. Additionally, links to the Apple TV 3 now reroute to the fourth-generation Apple TV. Apple confirmed it was discontinuing the device in an email to employees and educators obtained by 9to5Mac. 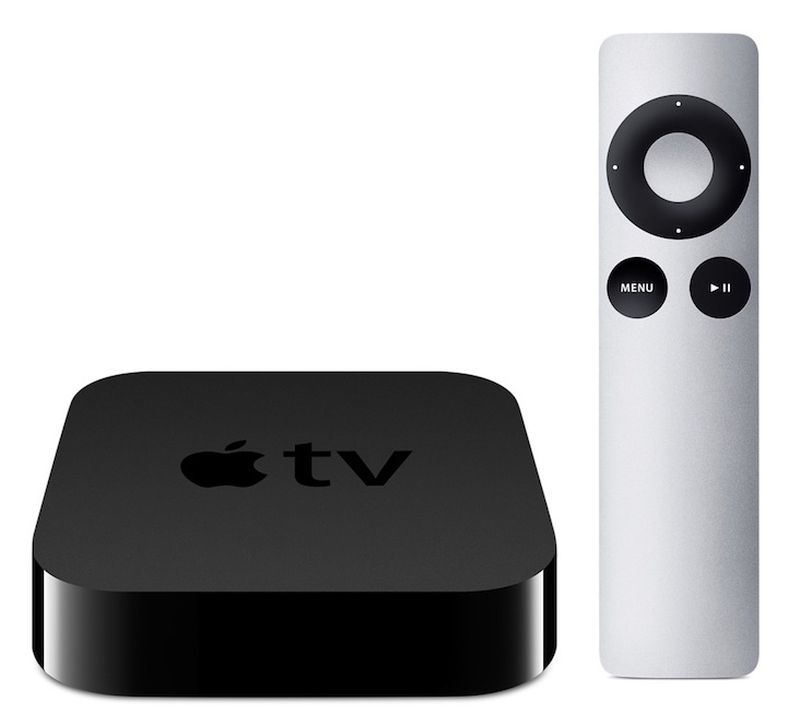 The Cupertino company will continue to fulfill backlog orders for the device, but is now putting its attention behind the newer fourth-generation device. In early September, it was reported that Apple had begun phasing out the Apple TV 3, pulling it from its brick-and-mortar stores

The Apple TV 3 was released in 2012 and given a spec bump the following year. In fall 2015, Apple announced the long-awaited fourth-generation Apple TV, including support for Siri, the brand-new tvOS, and the App Store.

Apple is still selling refurbished versions of the Apple TV 3 for $59. The fourth-generation Apple TV can be purchased from Apple's online and retail stores in two configurations: 32GB for $149 and 64GB for $199.

decimortis
I'll continue to use my Apple TV 3 until it passes on. Does everything I need it to.
Rating: 37 Votes

profets
They should have discontinued it when the 4th gen was released.
Rating: 21 Votes

wozmatic
I questioned why I even bought the ATV 4 when it's so locked down and side-loading kodi once a week just to watch other files types.

They're gonna start to jump ship, which I'll be doing.
Rating: 16 Votes

I questioned why I even bought the ATV 4 when it's so locked down and side-loading kodi once a week just to watch other files types.

They're gonna start to jump ship, which I'll be doing.


I appreciate your viewpoint, but I couldn't disagree more. Vast majority of consumers want to watch Apple content, download apps such as Netflix and Hulu and generally enjoy the good life within the walled garden. Very few people want to side-load anything. I never even considered it for a minute. Love the Apple TV. It's the best stream box out there.
Rating: 11 Votes

mistasopz
Apple missed the boat on TV because it failed to revolutionize the industry like they said they would. Why would I buy an Apple TV when I can get a small chromecast dongle at a fraction of the price that delivers the content I need? At least Google opens it up a bit so you can download third party applications to stream from sites like vodlocker and choose how you want to use it.

Sometimes I think Apple should just pack it in with this and other useless items (ie. iwatch) and refocus on the products that they do well. Having to wait this long for mac upgrades while they continue to charge the same prices is disgusting.
Rating: 9 Votes

drunifex
Im kinda over my apple tv 4. Its a poorer media player than the 3. Crashes a lot, bad design decisions.
I tend to prefer my 3's because they are media players and not a gaming/iphone/blah blah device.

Issues
Swapping out the media player when you leave the app. Eg if you are watching something then stop it to do something else when you come back you have navigate back to the movie. It even teases you by showing you a cached image of where it was before for a few seconds before resetting back to the front screen.

If you are watching something on your own computer then stop half way through it doesn't show up on the recently watched list until you have finished it (which is a pain because you have go find it again).

Voice control which i loved doesn't work with your local media except if its on the screen. Seriously thats how it works. You can't pick something starting with z if its off the screen unless you scroll down to z then it works.

This is among other problems (mostly niggly issues)
Rating: 9 Votes

Dont worry, they still sell the MacBook Pro from 2012!

Not that you're bitter or anything :p
Rating: 9 Votes

brianvictor7
My ATV3 continues to serve me well. Will be a while before I upgrade.
Rating: 7 Votes