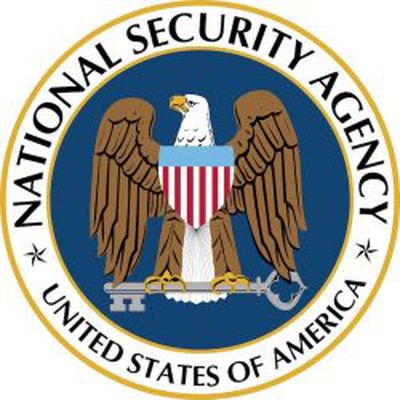 Privacy advocates have claimed the breach of hacking tools and exploits apparently stolen from the National Security Agency has vindicated Apple's stance in its dispute with the FBI earlier this year.

Last week, reports emerged that a hacker group called the "Shadow Brokers" had allegedly stolen a cache of the NSA's top espionage tools and offered to sell them to the highest bidder.

The malware was linked to the "Equation Group", a secretive team of cyber spies widely believed to be associated with the NSA and its state partners. The hacking collective that stole the malware posted two sets of files online, including a free sample of the stolen data, which dates back to 2013, and a second encrypted file whose decryption key went up for sale in a bitcoin auction. Many saw the auction as a stunt.

But the attack code posted by the hackers appeared to be real, according to former NSA personnel who worked in the agency's hacking division, known as Tailored Access Operations (TAO).

"Without a doubt, they're the keys to the kingdom," said one former TAO employee, who spoke to The Washington Post on the condition of anonymity to discuss sensitive internal operations. "The stuff you're talking about would undermine the security of a lot of major government and corporate networks both here and abroad."

"It's a big deal," said Dave Aitel, an ex-NSA research scientist and CEO of penetration testing firm Immunity. "We'd be panicking." Whistle-blowing website Wikileaks tweeted that it also had the data and would release it "in due course".

News of the leak has been closely followed by technology companies, many of whom pushed back against the U.S. Senate Intelligence Committee's attempts to force them to provide "technical assistance" to government investigators seeking locked data.

The failed attempt to enact legislation came after Apple publicly clashed with the FBI over the government agency's insistence that it create a "back door" to its iPhone software.

The FBI claimed the software was needed to break into the iPhone owned by Syed Farook, one of the shooters in the December attack in San Bernardino, California. Apple refused to comply with the request, claiming that the code would lead to weaker smartphone encryption and inevitably get into the wrong hands.

Now, after a top-secret archive of some of the NSA's own exploits having been leaked online, privacy advocates are suggesting Apple's stance has been vindicated.

"The component of the government that is supposed to be absolutely best at keeping secrets didn't manage to keep this secret effectively," said Nate Cardozo, a senior staff attorney with the Electronic Frontier Foundation who spoke to Business Insider.

Ex-NSA scientist Aitel believes the most likely scenario is that an insider walked out of a secure area with this data on a USB key, which could have been sold or stolen. "No one puts their exploits on a [command-and-control] server," Aitel said. "That's not a thing."

Another possibility suggested by NSA whistleblower Edward Snowden is that the malware toolkit was stolen from a "staging server" or segregated network outside the walls of the NSA, where it was used for conducting attacks. Snowden has also pointed to Russia as the chief suspect behind the leak.

News of the hack has also raised new questions about the legalities of government hacking, since many of the "zero day" exploits included in the leak have never been disclosed to the companies whose hardware is affected.

A policy framework called the Vulnerabilities Equities Process outlines how and when the state should disclose a vulnerability to an affected company if the larger security risk is greater than the reward it could yield. The FBI has informed Apple of security flaws in older versions of iOS and OS X in the past under the VEP framework.

However, Cardozo argues that the rules are "completely broken" because the VEP guidance is a non-binding policy created by the Obama administration, rather than an executive order or law. "We need rules, and right now there aren't any," Cardozo said. "Or at least none that work."

keysofanxiety
Oops. Wish I could say this news was surprising. It was only a matter of time.
Score: 24 Votes (Like | Disagree)

moeafg
So.. they wanted Apples backdoor exploit and stated that they would "keep it safe and secure" but couldn't keep their own "safe and secure"? K.
Score: 22 Votes (Like | Disagree)

SGT.GREER
Anyone with two brain cells saw this a mile away.
Score: 21 Votes (Like | Disagree)

djcerla
This is the knock-out punch for the Backdoors Party.
Score: 11 Votes (Like | Disagree)

Not in the Politics section!

and people ask Europeans why u don't like Ameriguns....

Europeans are among the worst when it comes to data protection and privacy!
Score: 9 Votes (Like | Disagree)
Read All Comments