After first launching in the Middle East, Southeast Asia and Latin America, Obi Worldphone is now expanding availability to the United Kingdom with the launch of its flagship £99 smartphone, the Obi MV1. Former Apple CEO John Sculley is one of the co-founders of Obi, which "is in the business of making more affordable devices," as opposed to Apple's higher-cost iPhones (via Engadget).

Images via Engadget
In terms of specs, the Obi MV1 has a 720p display that measures 5 inches, a front-facing (2-megapixel) and rear-facing (8-megapixel) camera, a 2,500mAh battery, one 1.3 GHz quad-core Snapdragon 212 chip, 2GB of RAM and 16GB of internal storage. The MV1 does support microSD cards, however, that could potentially boost storage up to 64GB.

The design of the MV1 hopes to differentiate from the crowded "jungle" of the Android smartphone market, according to Obi executive Ankush Chatterjee. To do this, the company created the smartphone's "signature floating glass display," which is protected by Gorilla Glass 3 and sits a few millimeters above the body of the device. The MV1 also has contrasting edge design, with rounded corners on the bottom of the handset and more angular, sharp edges on the top.

Whether it's to your tastes or not, the MV1 is comfortable enough in the hand, though the raised display isn't a particularly elegant feature. It's a thin, sharp edge after all, which your fingertips come into contact with regularly. Also, since the screen sticks out, it draws attention to how big and bulky the MV1 is for a 5-inch device, though that does help it feel robust.

Based on Android 5.1 Lollipop, the MV1 has an operating system called Cyanogen OS 12.1.1, allowing for "easy customization" by the user. The UI is said to be "colorful," while sporting a feature called Lightspeed UI that lets users access various widgets on the MV1's lock screen, like the phone's dialer, camera, and web apps.

For those users in the United Kingdom, the Obi MV1 can be purchased for £99 in black or white from the company's official website, or from Amazon.

SandboxGeneral
From the story the other day, lower cost smartphones are doing well in other Asian markets and if this phone were introduced in China too, I could see it doing well there too. If the quality and desirability of these lower cost phones endure, Apple and Samsung will lose more market share to them I would suspect.
Score: 3 Votes (Like | Disagree)

It would be unfortunate if this was the entire story. And in many cases it is. What I mean is that too many people buy a phone on price alone. How many will be getting the samsung only because T-mob is giving it away right now? I wish people would think about the phone and the features and the apps and the integration and the OS. If they did this I would think that the landscape would look a little different. In some cases, as I mentioned in another response, they will say " I don't care about integration, but I do care about feature X." In other cases they will care about a specific app that is only available in one OS (not as big a problem as it use to be unless you are looking at BB phones). Price is important and always will be, but it should not be the only thing.

That's all well and good but some folks can't afford a flagship no matter how integrated.

For me its simple if your phone costs more than a Nexus I won't buy period not matter how special because in the end its just a phone
Score: 2 Votes (Like | Disagree)

From the story the other day, lower cost smartphones are doing well in other Asian markets and if this phone were introduced in China too, I could see it doing well there too. If the quality and desirability of these lower cost phones endure, Apple and Samsung will lose more market share to them I would suspect.

Not only in Asia, but here in the US as well. I think Apple is a bit more insulated than Samsung though. There's only one supplier of iPhones. If you want one, there's nowhere to go but Apple. Samsung has a bit of a pickle since there are myriad Android choices. To their credit, they offer lower cost handsets to help mitigate the potential loss of market share. But there's no doubt they want the S/Note series to be the biggest sellers. They have a hard row to hoe when a person looking for Android can spend $100 and get something like the ZTE ZMax Pro.
Score: 2 Votes (Like | Disagree)

That's all well and good but some folks can't afford a flagship no matter how integrated.

My last line stated, "Price is important and always will be, but it should not be the only thing." Clearly you seem to believe it is the only thing. So we will agree to disagree.
Score: 1 Votes (Like | Disagree) 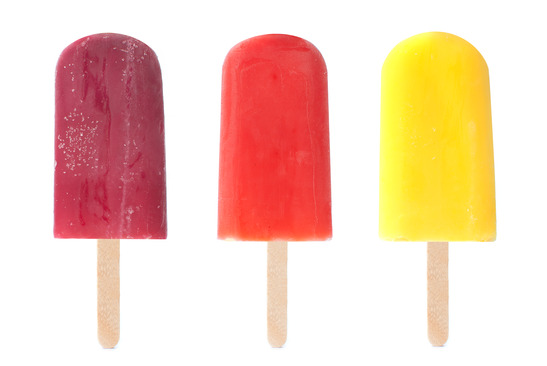 Well, it is running Lollipop, after all.
Score: 1 Votes (Like | Disagree)

But they stopped being "just a phone" about a decade ago. Now they're small computers we carry everywhere with us, that happen to have an app that can make and receive phone calls. It's kind of astonishing how thoroughly the devices that really were just a phone have disappeared from the mobile landscape in the past decade.
Score: 1 Votes (Like | Disagree)
Read All Comments