Apple today debuted a new iPad Pro advertisement on its YouTube channel, pointing out all of the things the powerful tablet can do as a computer replacement.

Just when you think you know what a computer is, you see a keyboard that can just get out of the way. And a screen you can touch... and even write on. When you see a computer that can do all that, it might just make you wonder hey, what else can it do?

Apple ends the ad with the tagline "Imagine what your computer could do if your computer was an iPad Pro," positioning the powerful tablet as a viable PC replacement. Today's new video is the first iPad Pro ad Apple has released since its "A Great Big Universe" spot that debuted following the announcement of the 12.9-inch iPad Pro.

It's a thing used to restore your iPad after being broken by iOS update.
Score: 281 Votes (Like | Disagree)

redheeler
Ok at this point I'm definitely starting to fear for the Mac.
Score: 134 Votes (Like | Disagree)

Yaemon
I have 2 comments for this video.

farewelwilliams
it can do this 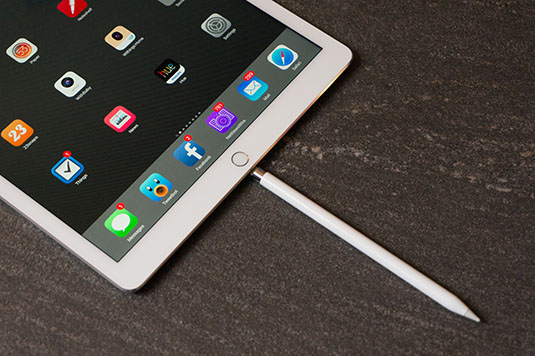 jonnysods
Friends, this is the end as we know it.
Score: 84 Votes (Like | Disagree)
Read All Comments

Tuesday May 11, 2021 5:06 am PDT by Hartley Charlton
Apple's next MacBook Air will feature a completely new design and come in a range of colors like the 24-inch iMac, according to leaker Jon Prosser, who has now released supposedly accurate renders of the new machines based on leaked images. In a new video uploaded to YouTube channel Front Page Tech, Prosser elaborated on his previous prediction that Apple's next-generation MacBook Air models ...
Read Full Article • 72 comments

Monday May 10, 2021 10:41 am PDT by Juli Clover
Apple's upcoming iPhone 13 models will be slightly thicker than the iPhone 12 models and will also feature larger, thicker camera bumps with lenses that protrude less, according to iPhone 13 schematics seen by MacRumors. The new iPhone 13 and 13 Pro models are expected to feature a thickness of 7.57mm, up from 7.4mm in the iPhone 12 models. That's an increase of 0.17mm, which won't be hugely ...
Read Full Article • 208 comments

Tuesday May 11, 2021 11:56 am PDT by Joe Rossignol
Last month, Apple introduced a new iPad Pro with the same M1 chip found in the latest Macs, and early benchmark results indicate that the M1 iPad Pro is over 50% faster than the previous-generation iPad Pro. Based on five legitimate Geekbench 5 results (here's the fifth) for the fifth-generation 12.9-inch iPad Pro with the M1 chip, the device has average single-core and multi-core scores of...
Read Full Article • 243 comments