Popular third-party chat app WhatsApp is leaving a "forensic trace" of every supposedly deleted chat log, meaning anyone with access to your smartphone -- or another device connected through the cloud -- could potentially access data from the app. The discovery comes from iOS researcher Jonathan Zdziarski, who shared the information in a blog post after discovering the potential security flaw in the latest version of WhatsApp (via The Verge).

Zdziarski tested out his theory by beginning a few chat threads, then archiving, clearing, and deleting them, but found that none of the app's deletion methods, even Clear All Chats, "made any difference in how deleted records were preserved." The central flaw appeared to be in the app's SQLite records, which retained the deleted chats in its database that could be accessed by a harmful individual with the right "popular forensics tools."

In his post, Zdziarski mentioned that the problem isn't unique to WhatsApp, and has even gone into detail about "forensic trace leakage" in Messages on iOS and OS X, and ways Apple could address such privacy issues, in a separate blog post. He explained succinctly that short-lived chats between friends and family using these apps are "not ephemeral on disk," which not only could be a cause for concern with users, but could allow law enforcement legal access to thought-to-be-deleted WhatsApp messages thanks to the lack of encrypted communication between WhatsApp and iCloud.

The core issue here is that ephemeral communication is not ephemeral on disk. This is a problem that Apple has struggled with as well, which I’ve explained and made design recommendations recently in this blog post.

Apple’s iMessage has this problem and it’s just as bad, if not worse. Your SMS.db is stored in an iCloud backup, but copies of it also exist on your iPad, your desktop, and anywhere else you receive iMessages. Deleted content also suffers the same fate.

All the same, Zdziarski caps his post by mentioning there's no reason for widespread panic to ignite because of the WhatsApp security flaw, mainly due to the fact that someone with malicious intent would need to jump through so many hoops to finally access the deleted messages. The iOS researcher stated that his purpose was for users to simply "be aware of WhatsApp’s footprint." He also gives a few options for users looking to mitigate the issue, including periodically deleting WhatsApp "to flush out the database," disabling iCloud backups, and avoiding the storage of backup passwords in Apple's keychain.

Earlier in the year, Apple reiterated its intent to double down on user privacy and safety within its iCloud platform. Currently, encrypted data saved in iCloud is accessible by Apple with a key, which grants it access to accounts for assistive purposes, like if someone forgets their password. However, with the steadily growing data amassing in users' iCloud accounts -- from texts to pictures and personal health data -- Apple is looking to provide end-to-end encryption in its cloud-based storage platform, meaning not even the company itself could gain access to the accounts of its users even if it wanted to.

Check out Zdziarski's blog post for more details on the issue.

LordQ
Whatsapp is a Facebook-owned company so yeah, security flaw. 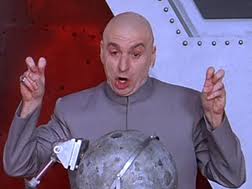 fabiopigi
You know, the sad thing is, most commenters only read "WhatsApp, security flaw", but the problem is no spefici to Whatsapp, but the SQLite database.

Jonathan even wrote the same flaw exists in iMessage as well. But no... "it's facebook", "iMessage is better", "Don't trust facebook". Yeah there are valid arguments for all these claims, but this security leak is none of them.

Read the whole article at least before you foolishly bash another company.
Score: 7 Votes (Like | Disagree)

Oblivious.Robot
If only more people in my circle used Telegram over WhatsApp.

Even though I have to say, iMessage is still my favourite among the ones who own Apple devices, and I seem to talk to them more than the others. :D
Score: 3 Votes (Like | Disagree)

KALLT
It is just a systemic problem with databases in general. Programmers do not always contemplate or implement operations that remove entries from databases, sometimes because the data model is just not build that way. As a user, you almost never know how data is stored and how the application or websites handles deletion requests.

For real security, use open source. Signal or Telegram.

Avoid Telegram. Their encryption scheme is home-brewed and a few flaws have already been found, their server-side source code is closed-sourced and their company structure is dubious with a web of shell companies in jurisdictions that do not disclose full details. There is ample to find about Telegram that should make you sceptical, at least if you intend to use Telegram under the assumption that it offers ‘real security’.

Signal and Threema are definitely the more serious contenders.
Score: 2 Votes (Like | Disagree)

Whatsapp is a Facebook-owned company so yeah, security flaw.

"Zdziarski mentioned that the problem isn't unique to WhatsApp, and has even gone into detail about "forensic trace leakage" in Messages on iOS and OS X"
Score: 2 Votes (Like | Disagree)

You know, the sad thing is, most commenters only read "WhatsApp, security flaw", but the problem is no spefici to Whatsapp, but the SQLite database.

Jonathan even wrote the same flaw exists in iMessage as well. But no... "it's facebook", "iMessage is better", "Don't trust facebook". Yeah there are valid arguments for all these claims, but this security leak is none of them.

Read the whole article at least before you foolishly bash another company.

This particular security flaw isn't specific to Whatsapp, but Facebook owning Whatsapp should tell you what level of privacy and security to expect of it.