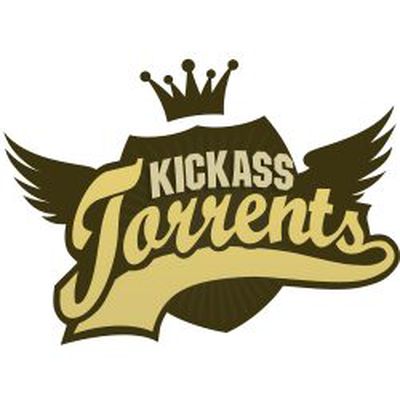 U.S. authorities have arrested the alleged owner of the world's largest torrent site after Apple shared personal details linked to an iTunes transaction that enabled federal investigators to locate their suspect.

According to TorrentFreak, Ukranian-born Artem Vaulin was arrested yesterday in Poland on suspicion of running KickassTorrents (KAT), which recently surpassed The Pirate Bay as the go-to site for unofficial copies of movies, TV shows, and music.

The U.S. Justice Department has requested 30-year-old Vaulin's extradition on charges of criminal copyright infringement and money laundering. The key piece of evidence that led authorities to Vaulin appeared to come when Apple handed over his personal details after investigators matched an IP address used to log in to the KAT Facebook page with one linked to an iTunes purchase.

Filed in a U.S. District Court in Chicago, the criminal complaint reads: "Records provided by Apple showed that tirm@me.com conducted an iTunes transaction using IP Address 109.86.226.203 on or about July 31, 2015. The same IP Address was used on the same day to login into the KAT Facebook."

According to the complaint, KAT operates in 28 languages and offered movies still in cinemas, as well as other content, earning significant revenue from advertising throughout the site. Investigators also reportedly posed as an advertiser to the site, which revealed a bank account associated with it.

The U.S. Department of Justice estimates KAT's value to be over $54 million, with annual advertising revenue in the range of $12.5 million to $22.3 million. KAT reportedly helped distribute over $1 billion in pirated files, according to assistant attorney general Leslie Caldwell, who commented on the case.

"In an effort to evade law enforcement, Vaulin allegedly relied on servers located in countries around the world and moved his domains due to repeated seizures and civil lawsuits," said Caldwell. "His arrest in Poland, however, demonstrates again that cybercriminals can run, but they cannot hide from justice."

In addition to Vaulin's extradition, the criminal complaint has also ordered the seizure of a bank account associated with the site, as well as the seizure of several KAT domain names. TorrentFreak reports that while the main KAT domain appears to be down, various proxies still lead to working versions of the site.

haruhiko
Apple values its customers' right to privacy and will not hand over personal details to the FBI and will contest it in court.... (unless you dare to compete with iTunes)

vmachiel
The world is on fire, and the FBI is chasing torrent users...
Score: 88 Votes (Like | Disagree)

Apple values its customers' right to privacy and will not hand over personal details to the FBI and will contest it in court.... (unless you dare to compete with iTunes)

I was thinking the same thing. WTF Apple? Sad, real sad. Let the terrorist go, but not the copyright infringer...
Score: 61 Votes (Like | Disagree)

What happened to that whole "Privacy" buzz You've been banging on about Apple?

Basic knowledge of the matter would help here.

Apple has ALWAYS helped investigations, when requested. But what Apple can't do is crack an encrypted iPhone (see: FBI case).

But who cares about truth, and logic, when there's such fine material for good old trolling?
Score: 47 Votes (Like | Disagree)

Oirectine
Embarrassed to say so, but it was one of my favorite and most used sites. :-/
Score: 40 Votes (Like | Disagree)
Read All Comments