Apple today seeded the third beta of macOS Sierra, the newest operating system designed for the Mac, to developers. macOS Sierra beta 3 comes two weeks after the release of the second beta and more than a month after the software was first unveiled at Apple's 2016 Worldwide Developers Conference.

The update can be downloaded through the software update mechanism in the Mac App Store or through the Apple Developer Center. 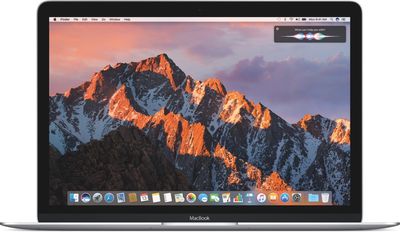 macOS Sierra is a major update that brings Siri to the Mac for the first time, allowing users to conduct voice searches to quickly find files, look up information, and more. New Continuity features offer an "Auto Unlock" option for unlocking a Mac with an Apple Watch, which became available in beta 2, and a Universal Clipboard for copying something on one Apple device and pasting it on another.

Deeper iCloud integration makes files stored on the desktop or the Documents folder of a Mac available on all of a user's devices, and Photos features new deep learning algorithms for facial, object, and scene recognition. There's a new Memories feature for displaying photo collections, and Messages has features like rich links, bigger emoji, and "Tapback" response options.

Apple Pay is coming to the web in macOS Sierra, with payments authenticated through an iPhone or Apple Watch, and new features like multiple tabs, Picture in Picture multitasking, and optimized storage are available.

Subscribe to the MacRumors YouTube channel for more videos.
During the beta testing period, Apple will tweak and refine the features introduced in macOS Sierra. Any changes found in the third beta release will be listed below.

WildCowboy
For real this time...we promise. ;)
Score: 7 Votes (Like | Disagree)

Just why would you name your startup disks a bunch of heart emoji variations..?

I never had any problem with it. Only in some cases it's shown as question marks or grey hearts. I think in the boot menu when you hold option/alt on startup they are just grey. Even the Terminal is able to display them correctly:

SoyCapitanSoyCapitan
Still have to force quit Chrome to quit the app.
Score: 2 Votes (Like | Disagree)
Read All Comments