Apple today seeded the fifth beta of an upcoming iOS 9.3.3 update to developers and public beta testers, one week after seeding the fourth beta of iOS 9.3.3 and more than a month after the release of iOS 9.3.2, a minor bug fix update. iOS 9.3.3 has been in testing since May 23.

The fifth iOS 9.3.3 beta update can be downloaded from the Apple Developer Center or over-the-air with the proper configuration profile installed. 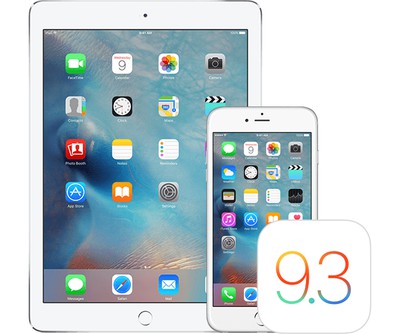 As a minor 9.x.x update, iOS 9.3.3 features under-the-hood bug fixes, security enhancements, and performance improvements to address issues discovered since the release of iOS 9.3.2. No outward-facing changes or obvious bug fixes were discovered in the first four betas of iOS 9.3.3.

iOS 9.3.3 beta 5 comes following the developer launch of iOS 10, a new version of iOS that will be released to the public this fall, with the second developer beta of iOS 10 having launched just yesterday. iOS 10 includes features like a redesigned Lock screen experience, a revamped Messages app with its own App Store, a Siri SDK for developers, a new Home app for controlling HomeKit devices, a redesigned Apple Music app, and more.

PowerBook-G5
I hope that the iOS 10 Public Beta is released soon.
Score: 7 Votes (Like | Disagree)

jpn
actually apple does a great job of making the last release of any of its operating systems as best as they can - they always have. its important for people who can't upgrade to the next OS - for reasons of hardware or apps not upgradable.
Score: 7 Votes (Like | Disagree)

Because the iPhone 4s, iPad 2, 3 and iPod Touch 5 will stay on it forever and Apple wants to provide the best experience for those devices.
Score: 6 Votes (Like | Disagree)

Why do they even release this, when IOS 10 is right around the corner?

iOS 10 is not til fall and will most likely have its own set of issues due to the redesign that may well take another year to get right. Also some devices will not be supported by iOS 10 so they need the last 9.x.x version to be working as well as it can.

I wish we knew what was being fixed during these betas instead of having to wait until they're officially released.

Yeah that would be nice to know.
Score: 5 Votes (Like | Disagree)

Braderunner
Awwww, no way. Was hoping iOS 10 public beta would be released today. iOS 9 is tired.
Score: 4 Votes (Like | Disagree)

nortonandreev
Why so many betas on 9.3.3 release...
Score: 3 Votes (Like | Disagree)
Read All Comments

Monday May 10, 2021 10:41 am PDT by Juli Clover
Apple's upcoming iPhone 13 models will be slightly thicker than the iPhone 12 models and will also feature larger, thicker camera bumps with lenses that protrude less, according to iPhone 13 schematics seen by MacRumors. The new iPhone 13 and 13 Pro models are expected to feature a thickness of 7.57mm, up from 7.4mm in the iPhone 12 models. That's an increase of 0.17mm, which won't be hugely ...
Read Full Article • 172 comments