Yesterday it was discovered that iOS 10 does not feature an encrypted kernel, allowing users and researchers access to the core of the operating system and its inner workings. It was unclear at the time whether the lack of encryption was an accident or intentional, but today Apple confirmed to TechCrunch that the company did not encrypt the kernel for a reason. 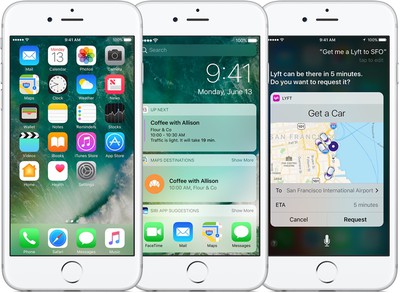 “The kernel cache doesn’t contain any user info, and by unencrypting it we’re able to optimize the operating system’s performance without compromising security,” an Apple spokesperson told TechCrunch.

The kernel, which dictates how software can use hardware and keeps the device secure, is unencrypted so that developers and researchers can "poke around" and find potential security flaws. Because the kernel is easier to access and flaws may be easier to find, Apple can more easily and more quickly patch potential issues.

The move is a shift for Apple, who had encrypted the kernel in past versions of iOS, leaving developers and researchers out of the loop on the inner workings of the operating system. As noted by security expert Jonathan Zdziarski, it's likely that Apple has made this shift to prevent groups from "hoarding" vulnerabilities in Apple's software, like the vulnerability used by the FBI to break into the iPhone 5c of the San Bernardino shooter.

Quu
I'd just like to point something out. Apple does not offer a bug bounty program. That is to say there is no bounty to be awarded if you report a bug to them no matter how serious it is.

So if you were to find an Edge browser exploit in Windows 10 and another exploit that allowed you to jump the sandbox and gain root access to the operating system and then figured out a solution to stop the attack that is safe and implementable you could earn yourself $215,000.

Find the same in iOS, macOS, watchOS or tvOS and earn $0. It's about time Apple got serious and offered their own bug bounty program. It's the most meaningful way to get serious vulnerabilities reported.

And remember the FBI and NSA are paying upwards of $1 Million dollars (as shown in congress reports) for root level attacks on iOS, macOS and Windows. That is the competition. If you're a security researcher who're you gonna tell? Apple and earn nothing or the NSA/FBI and change your entire life?
Score: 57 Votes (Like | Disagree)

Yeah, didn't work too well for Android, though.

You're very confused. Please research the difference between binaries and source code.
Score: 27 Votes (Like | Disagree)

Yeah, didn't work too well for Android, though.

Where does open-source come from? :confused:
Score: 21 Votes (Like | Disagree)

Apple marketing is not calling this anything.

Nothlit
So has anyone in the tech press asked them why only the 64-bit kernelcache was left unencrypted while the 32-bit kernelcache remains encrypted? What about the update and restore ramdisks, which also remain encrypted? The rest of the boot chain? Why not let us peek at those, too?

Apple PR's statement that "[t]he kernel cache doesn't contain any user info" is ridiculously obvious to anyone with technical knowledge in this area. That statement is clearly only intended to placate the non-technical masses who might hear "Apple" and "unencrypted" in the same sentence and get worried about the privacy battle.

Secondly, what sort of performance improvement can this possibly make? Even assuming the kernelcache has to be decrypted once per boot, that must take what, a couple hundred milliseconds for the hardware-accelerated AES engine to do its thing?

I am really baffled by Apple's response. If it was indeed intentional, it must have been for reasons other than what they are saying.
Score: 8 Votes (Like | Disagree)
Read All Comments

Friday May 14, 2021 11:52 am PDT by Juli Clover
Following the discontinuation of the iMac Pro, Apple also appears to be discontinuing Space Gray "Magic" accessories that it sold separately alongside the iMac Pro. The iMac Pro was the only Space Gray Mac, and Apple designed special matching accessories for it. The Space Gray Magic Mouse 2, Magic Keyboard, and Magic Trackpad all now say "While supplies last" in small wording at the bottom...
Read Full Article • 288 comments

Saturday May 15, 2021 11:08 am PDT by Juli Clover
Twitter has been working on some kind of subscription service since last summer, and Jane Manchun Wong, who often digs into new features coming in apps, has shared details on just what Twitter is exploring. Twitter's subscription service could be called Twitter Blue, and at the current time, it's priced at $2.99 per month. There will be a "Collections" section that allows users to save and...
Read Full Article • 66 comments