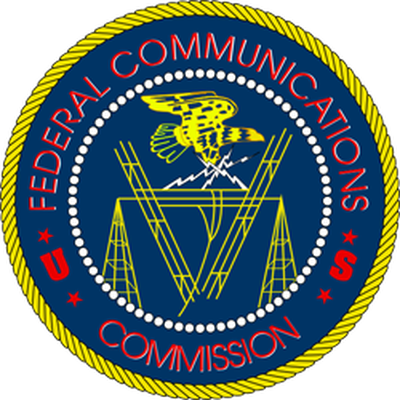 The backing for the Federal Communications Commission's net neutrality rules came in a 2-1 decision by a three-judge panel in the U.S. Court of Appeals for the District of Columbia Circuit. The outcome reaffirms the law enforced last year that says ISPs must treat all internet traffic equally.

The rules prohibit broadband providers from giving or selling access to faster internet lanes for specific internet services, which the FCC claims will help protect freedom of expression and innovation on the internet.

The court also rejected legal arguments from telecommunications industry groups that the rules should not apply to mobile phone web use or that they violated the constitutional free-speech rights of internet service providers.

The court's decision in favor of the FCC means that it too considered the internet to be a public utility, and therefore subject to government regulations. White House spokesman Josh Earnest called the ruling "a victory for the open, fair, and free internet as we know it today," and one that barred service providers from becoming "paid gatekeepers".

The outcome will also be seen as a personal victory for President Barack Obama, who is a strong advocate of net neutrality rules, although ISPs have already said they plan to appeal to either the full appellate court or the Supreme Court over the ruling. Telecoms industry groups have also said they will continue with efforts to get Congress to limit the FCC's authority.

Netflix and Twitter were among the companies that praised the ruling, while Google and others have backed the rules. Democrats in Congress also lauded the decision to back the FCC rules, which have been in place since June 2015.

However, the U.S. Chamber of Commerce business group accused the FCC of "essentially transforming an entire industry... from an innovative, lightly regulated enterprise that made huge investments into this country, into a public utility subject to the whims of regulators."

South Dakota Republican John Thune, who chairs the Senate Commerce Committee, said the decision upholds FCC restrictions "designed for the monopoly-telephone era" and asked the Republican-led Congress to step in to overturn a decision that results in "a highly political agency micromanaging the internet ecosystem."

US Telecom, the telecommunications industry trade association that led the legal challenge, said the court failed to recognize "the significant legal failings" of the FCC rules that "we believe will replace a consumer-driven internet with a government-run internet, threatening innovation and investment in years to come."

But FCC Chairman Tom Wheeler called the ruling "a victory for consumers and innovators who deserve unfettered access to the entire web" and claimed that it would ensure the internet remained "a platform for unparalleled innovation, free expression and economic growth."

Toutou
Well, I dunno about you guys in the US, but I'd say that the government regulating any business is the exact opposite of freedom. Be it your local grocery store or your ISP.
Score: 4 Votes (Like | Disagree)

[...] or that they violated the constitutional free-speech rights of internet service providers.

Wow, the audacity these scumbags have...

Can't stand Net Neutrality. It's OrwellSpeak like Love is Hate or War is Peace. The complete opposite to what it stands for.

Why can't we pay for superior service? I don't want my service slowed to a crawl by scum downloading torrents and pirating. Do we insist that everyone has to travel at the speed of the slowest car? No. We have multiple lanes. Net Neutrality is the Democrats trying to impose socialism on us. They can bugger off.

If I buy 50/10 up/down service, then I get that speed regardless of what the data is or where it is from.
Score: 3 Votes (Like | Disagree)

Mac Fly (film)
That FCC badge looks like an effort from a baked student.
Score: 3 Votes (Like | Disagree)

I see what you did there.

Though if you want to get into the more economically philosophical aspects of it, ISPs could prioritize their own services over 3rd parties, offering them up for less money, choking out their competition. Large internet services like Amazon and Facebook could do the same, paying for priority over a network, pushing out the little guys.

The way things are right now, where data is data, and ISPs don't concern themselves over what it is or where it came from unless it's effecting network stability, is the way the internet has always been ran, and the way it should always be ran. You get more competition, better quality services, and anyone can come up with the next big thing.
Score: 2 Votes (Like | Disagree)
Read All Comments