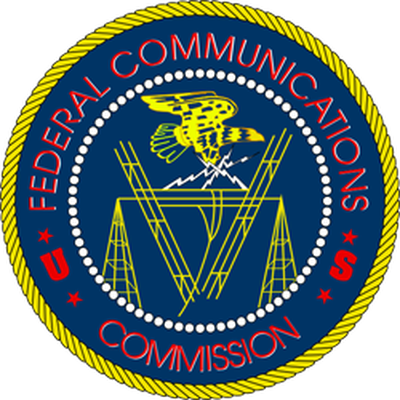 The U.S. Federal Communications Commission on Thursday voted in favor by a 3-to-2 decision to enforce net neutrality rules that it claims will help protect freedom of expression and innovation on the Internet, reports Ars Technica. The FCC ruling classifies broadband service as a utility and prevents Internet providers from blocking or throttling traffic or offering prioritized service through so-called Internet "fast lanes" for payment.

The ruling will reclassify fixed and mobile broadband as a telecommunications service, and Internet providers will be regulated under Title II of the Communications Act. The decision was heavily contested by Internet service providers such as AT&T, Comcast and Verizon, which could sue the FCC in an attempt to reverse the new rules. FCC officials believe that Type II reclassification will give them more legal authority to prevent net neutrality rules from being overturned.

While the new requirements are intended to ensure that the Internet remains fast, fair and open, the FCC did not follow through with last-mile unbundling that would have required Internet service providers to sell wholesale access to their networks. That decision would have allowed new competitors to enter local markets and sell broadband service using the existing infrastructure of larger providers such as Comcast and Time Warner Cable.

"But the FCC decided not to impose unbundling," adds Ars Technica. "As such, the vote does little to boost Internet service competition in cities or towns. But it's an attempt to prevent incumbent ISPs from using their market dominance to harm online providers, including those who offer services that compete against the broadband providers' voice and video services."

The FCC's order on Thursday could be faced with legal challenges and action from Congress, according to the report, suggesting that debate surrounding net neutrality is far from over. The new rules will go into effect 60 days after being published in the U.S. Federal Register, although the Office of Management and Budget will continue to manage enhancements to the transparency rule.

Newsflash, Barack Obama is the worst President in U.S. history, has singlehandedly done more damage than good, and the country may take anywhere from 10-25 years to recover from his 8 years of corruption, if it can at all. At a point in history when so many things in this world are at crucial turning points, we have possibly gone into the dark ages of American Communism.

roland.g
Net Neutrality is used as a power grab. This does not help us as consumers. It hurts us. Just another way for the current administration to tell you what to do and what's in your best interest. This is just step one.
Score: 35 Votes (Like | Disagree)

Net Neutrality is used as a power grab. This does not help us as consumers. It hurts us. Just another way for the current administration to tell you what to do and what's in your best interest. This is just step one.


Not going to happen. The Court that ruled the FCC lacked authority under the previous classification already acknowledged in their ruling that the FCC does have the power to reclassify under Title II and thus enforce net neutrality rules.

How is it an example of federal overreach? The Internet is global. It significantly affects interstate commerce. The Federal Government is the only entity in the U.S. that can effectively protect it.

Newsflash, Barack Obama is the worst President in U.S. history, has singlehandedly done more damage than good, and the country may take anywhere from 10-25 years to recover from his 8 years of corruption, if it can at all. At a point in history when so many things in this world are at crucial turning points, we have possibly gone into the dark ages of American Communism.


It didn't take long to mention the 'C' word. You have no idea what you're talking about.
Score: 30 Votes (Like | Disagree)

I bet 99.9% of the U.S. population has zero idea of what this FCC ruing really means or how it will affect them personally. That includes me.

Put it this way: Comcast owns NBC Universal and its programming. So when you're streaming Parks and Recreation reruns on Hulu, complete with advertising, they're making money from you. They're not going to do anything to hinder your Hulu streaming experience.

You watch one episode, get bored, and decide to start browsing MacRumors. Comcast has no stake in MR and makes no money off of it. Without Net Neutrality, they could slow down access to MR to the point where you're like "Damn, this site is completely unusable. I guess it's back to watching Parks and Rec" - unless you pay more for unrestricted access to sites. Or if MacRumors paid a ransom to Comcast to unrestrict their site for all Comcast customers.

No NN would almost allow them to set up speed tiers for different sites: You would get 50 MBPS for Hulu and anything else that makes Comcast money. 25 MBPS for Netflix because Netflix paid a ransom to Comcast. 10 MBPS for Twitter because Twitter also paid a ransom (but not as big as what Netflix paid). 5 MBPS for almost everything else. 3 MBPS for Amazon because Amazon told Comcast to take their ransom request and shove it up their arse, which angered Comcast, 1 MBPS for Skype because it competes with Comcast's landline services, and dial up speeds for AT&T and Verizon's site because they don't want you checking out the competition's pricing.
Score: 29 Votes (Like | Disagree)