Despite only showcasing iOS 10's new rich notifications feature on an iPhone 6s and iPhone 6s Plus during WWDC, Apple has confirmed in beta notes that devices without the pressure sensing technology of the newest iPhone models will also be getting rich notifications. Still, the feature is relegated -- and "optimized" -- for the 6s and 6s Plus in the first iOS 10 beta, with full functionality coming to older-model iPhones in the future.

"Support for rich notifications is optimized for 3D Touch, and in iOS 10 beta 1 the feature is available only on iPhone 6s and iPhone 6s Plus. Future betas will provide access to this functionality for users of iPhone models without support for 3D Touch."

Rich notifications function as a way for users to pop into apps without needing to navigate through unlocking the iPhone and finding the app on their home screen. On the iPhone 6s and 6s Plus, a simple 3D Touch can expand a Message with a full keyboard to type out a reply, or show a live broadcast of a sporting event. With no more descriptive information in the Apple beta notes for developers, it's unclear how this feature will work on iPhone models lacking 3D Touch, although some form of long press is likely.

Similar iOS 10 tidbits have been emerging from WWDC following yesterday's keynote, including new information on iMessage Apps and the potential removal of Game Center from the public release of iOS 10 this fall.

iOS10 Messages is the equivalent of bloatware. I used to prefer the simplicity of Apple's default apps. Apple seems to be moving away from simplicity which is a major disappointment.

You dont have to use those features. Apple cant stay very simple when competitors are moving forward.
Score: 20 Votes (Like | Disagree)

kyleh22
iOS10 Messages is the equivalent of bloatware. I used to prefer the simplicity of Apple's default apps. Apple seems to be moving away from simplicity which is a major disappointment.
Score: 16 Votes (Like | Disagree)

PortableLover
Way to disable this?? Seems bad security wise anyone can pick up your phone reply to a message? Unless it doesnt work like that?
Score: 9 Votes (Like | Disagree)

iOS10 Messages is the equivalent of bloatware. I used to prefer the simplicity of Apple's default apps. Apple seems to be moving away from simplicity which is a major disappointment.

"Simplicity" was becoming a cancer among the majority of users, who with all the reason demanded more features. They're delivering and getting in-line with competition.

The new emoji size might nag a little, but otherwise no one is forcing you to either use the app or its new features. If your friends are anything like you, they won't either.

But not adding features is one of the most mediocre things i can think of, and the surely aren't stopping only because persons like you are obsessed with "clean,superior and simple looks" over functionality. And thank god for that
Score: 8 Votes (Like | Disagree)

Everlast66
With each new version iOS is gradually turning into a mediocre operating system.

Where is the simplicity and elegance it was known for? I can't stand "features" like these Windows style X buttons to close the pop up.
Score: 7 Votes (Like | Disagree)

639051
Seeing as many of you have no ability to think past those irrational thoughts that pop into your heads ... HERE are the controls for security at the lock screen. Now stop! 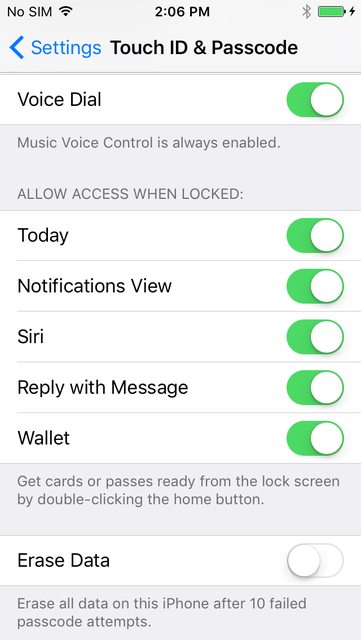 Tuesday January 19, 2021 8:25 am PST by Hartley Charlton
It is possible to remove the headband of AirPods Max with just a standard SIM card ejector tool, hinting at the possibility of interchanging headbands to achieve a different colorway. Image via Prelook In December, MacRumors revealed the large variety of AirPods Max ear cushion color combinations when it became clear that they were magnetically attatched and available for sale separately....
Read Full Article • 63 comments

Wednesday January 20, 2021 8:12 am PST by Hartley Charlton
Apple has reportedly cut production of the iPhone 12 mini by two million units to create more manufacturing capacity for the iPhone 12 Pro, according to a new Morgan Stanley investment note seen by PED30. Apple is believed to have made the switch for the first quarter of 2021 in an effort to combat continuing lead times for the more popular iPhone 12 Pro. iPhone 12 Pro lead times remain ...
Read Full Article • 183 comments