Today at its WWDC keynote, Apple announced a redesigned version of Apple News, which the company says has 60 million monthly active users and over 2,000 publications. The new Apple News includes a simpler, bolder interface similar to the Apple Music redesign. It also includes new features like subscriptions, breaking news alerts and more. 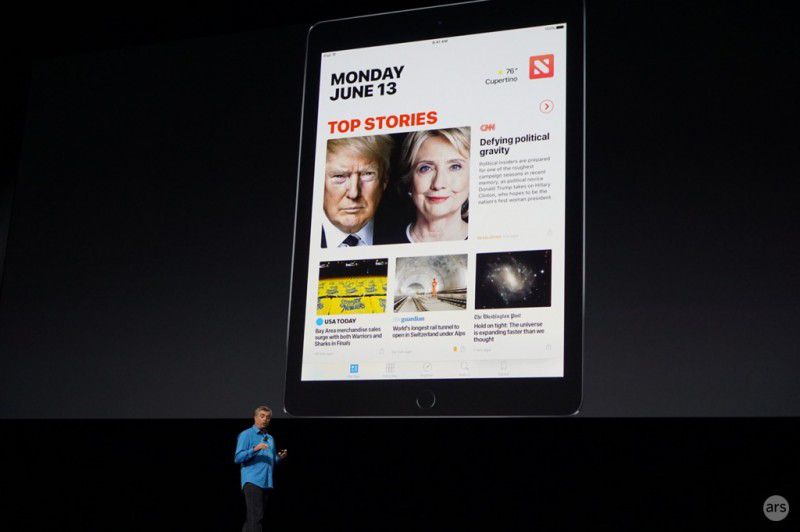 Apple News now includes subscriptions, allowing users to read news from select publications within the News app. The For You section also comes broken up into smaller sections to make it easier to follow, including a trending news section and the topics a user follows. News can also create new topic sections based on what you read. There are also featured stories hand-picked by Apple's editors.

The new app can also send breaking news alerts to a user's lock screen, allowing readers to quickly and easily get the news they need.

The new Apple News will be a part of iOS 10, which will debut in the fall.

MVallee
So I guess News is still not coming to Canada...
Rating: 5 Votes

KALLT
The big titles remind me of excellent newspapers like The Sun. 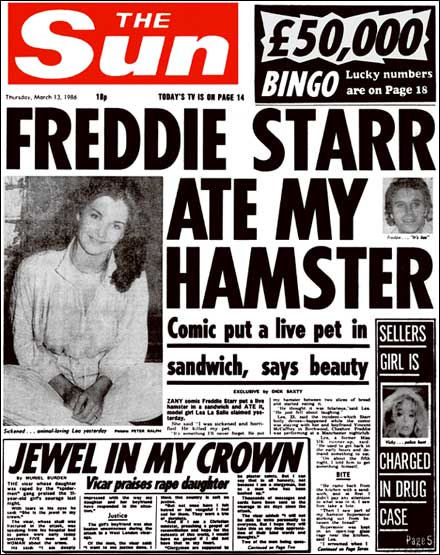 naeS1Sean
This is the worst announcement that I've ever seen by them, in my opinion.
Rating: 2 Votes

centauratlas
It isn't impressive, that is for sure. Allowing people to subscribe to custom feeds, would be a good feature - e.g. I don't want to see everything from the NY Times or WSJ, I want something curated by someone outside Apple.
Rating: 2 Votes

You would think in a world where we can get news from any and everywhere that newspapers would drop the subscription fees and just charge them to carriers to have their content displayed. I think it's silly to still have to subscribe to the NYT when I can get the same info from AP or Twitter or Reddit, etc.

Or am I missing something?

Right?! I use the NYT app, but don't pay. Thus I am only able to read 10 articles per month. NYT limitations applies to Apple News as well. There's got to be a better way. It's too expensive. I could see a blanket subscription to Apple News Premium or whatever. Open it all up if it's posted there. Let's say it's $2.99/month. I could buy in at that rate.
Rating: 1 Votes

srminton
There are some problems with the current News app, but I still really like the idea of centralising all news content into a single app. Allowing news sources like the NYT to charge a subscription within the app is a good idea. I subscribe to the NYT, WSJ and a few other sources, but have to use separate apps to get most of the content. I don't mind paying for quality news coverage which limits the amount of advertising and ensures journalistic objectivity, but I'd prefer to have it all in the same app.

Right now, some sources work better than others in the News app. NYT, FT, WSJ, Bloomberg, Guardian, BBC, The Verge, MacRumors, Quartz...these are all pretty good. But others just open up to a link which you then have to click through into a web page which is infested with a million adverts which make it hard to read anything. Yes, I know that's how they pay the bills, but that's why I don't mind paying for quality news (see above). If you enjoy the ads, good for you, don't pay a dime.

However, they also need to fix some annoying problems, like the fact that News never updates in the background on my iPhone 6, so after opening the app each time I have to wait for it to download all the new content (which sometimes causes the app to hang and freeze). Also, adding news sources from Safari web pages rarely works very well for me.
Rating: 1 Votes
[ Read All Comments ]