Apple today launched its annual Back to School promotion in the U.S. and Canada, offering a free pair of Beats Solo2 Wireless Headphones to qualifying students, parents of students, educators, and select others that purchase an eligible Mac with education pricing, including the iMac, MacBook, MacBook Pro, MacBook Air, and Mac Pro. As usual, the Mac mini and refurbished Macs are excluded from the deal. 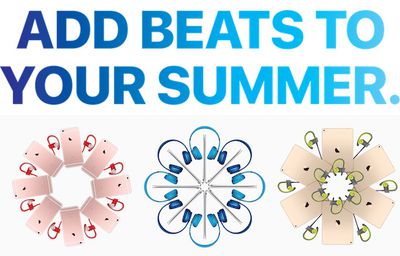 Apple is also offering a free pair of Powerbeats2 Wireless Headphones with the purchase of an eligible iPhone or iPad Pro with education pricing, including the iPhone 6, iPhone 6 Plus, iPhone 6s, iPhone 6s Plus, and both the 9.7-inch and 12.9-inch iPad Pro. Those who purchase a qualifying iPhone or iPad Pro can also upgrade to the Beats Solo2 Wireless Headphones for $100, or $110 in Canadian dollars.

Apple will apply an instant credit in the amount of $299.95 in the U.S., or $329.95 in Canadian dollars, to cover the full cost of the Beats Solo2 Wireless Headphones in Black, Blue, Red, White, Gold, Rose Gold, Silver, Space Gray, Blue Active, Red Active, or Yellow Active. Apple will similarly apply an instant credit of $199.95, or $219.95 in Canadian dollars, for the Powerbeats2 Wireless Headphones in Red, Black, Black Sport, White Sport, Red Active, Yellow Active, or Blue Active.

Apple has outlined the full eligibility requirements for the program in its terms and conditions for the U.S. [PDF] and Canada [PDF] on its website.

Apple's Back to School promotion runs from today through September 5, 2016 at Apple retail and campus stores in the U.S., Puerto Rico, and Canada. The deal is also available on Apple's online store or by calling 1-800-MY-APPLE. Apple has not yet officially announced the promotion in the United Kingdom, France, Germany, Italy, Denmark, or other European countries where it is typically offered.

patseguin
Back to school? Did school even end yet??
Score: 22 Votes (Like | Disagree)

Afluffykitten
How does this help students? Do you know what students don't have... MONEY. They need discounts, not free swag.
Score: 21 Votes (Like | Disagree)

How does this help students? Do you know what students don't have... MONEY. They need discounts, not free swag.

No student will complain about free beats headphones. I have a pair from last years promotion and I love them.
Score: 12 Votes (Like | Disagree)

dlkolegaev
Remember when free iPod touch was offered?
Feels like it's getting worse and worse.

Next year they will replace free pair of beats with free lightning to 3.5 jack adapter, lol
Score: 11 Votes (Like | Disagree)

BeSweeet
Will be lots of Beats popping up on eBay and Craigslist.
Score: 10 Votes (Like | Disagree)

How does this help students? Do you know what students don't have... MONEY. They need discounts, not free swag.

These beats headphones are in addition to the already applied student discounts.
Score: 10 Votes (Like | Disagree)
Read All Comments