The United States Patent and Trademark Office today granted Apple a patent that describes a collection of iPad-compatible Smart Covers that could integrate various display technologies to greatly enhance "the overall functionality of the tablet device." The original patent application was published in August 2012 and dates back to August 2011, four years before Apple introduced the original iPad Pro and its Smart Connector. (via Patently Apple). 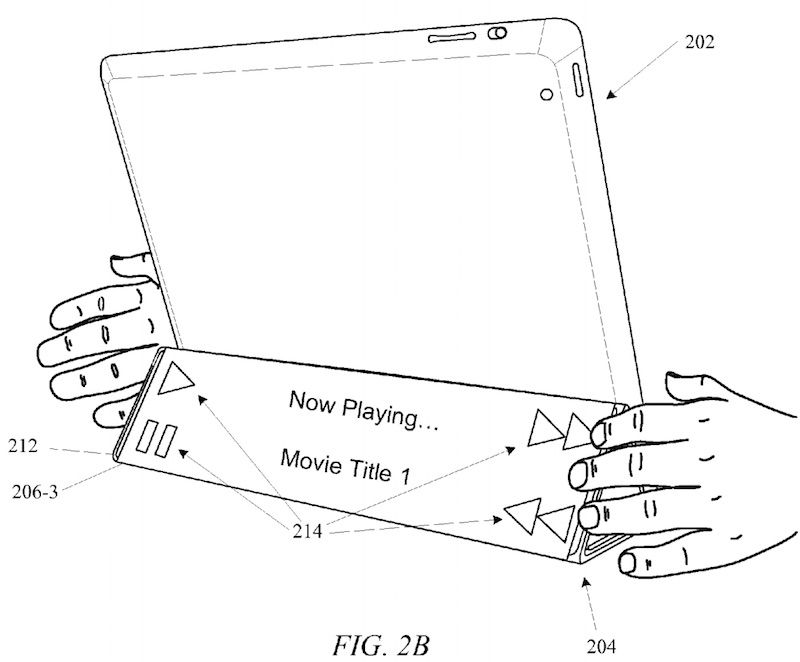 The first integration of a next-generation Smart Cover lies in video playback, where a user could watch a video with the cover folded up into a triangle like Apple's current Smart Covers allow, but now supporting a set of touch-sensitive areas for play, pause, fast forward, and rewind controls. Although the user would not be able to directly see where they were pressing down, "the size and location of the touch sensitive areas can allow for a user to easily learn the locations after a short familiarization period," according to the patent. 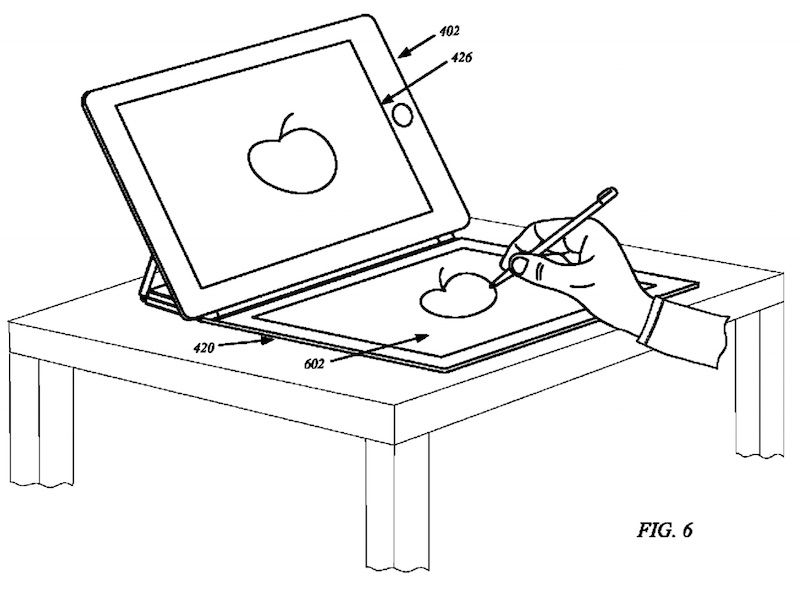 Another suggestion for a Smart Connector-enabled cover has an internal display with "a completely customized control scheme," which would let users change up the cover's input to be anything from a traditional QWERTY keyboard to a sketchbook for artists. The addition of another screen of a size in comparison to the iPad's would introduce an iOS experience "much closer to the one enjoyed by laptop users."

One of the more basic and interesting applications lies in a Smart Cover that could show notifications and messages without needing to lift it to reveal the iPad's screen underneath. This potential case could use AMOLED technology to power a minuscule number of pixels to generate the notification text widgets without burning battery life. An expansion on this idea suggests a cover with integrated e-ink screens to display traditional push notifications, as well as provide an area for users to jot down quick notes throughout the day.

There are a handful of other ideas in today's patent descriptions, one of which includes a cover with solar panels that could charge the iPad with direct sunlight. Most of these applications mention technology that Apple has created in the years since the patent's original filing, including both the Apple Pencil and Smart Connector, although neither are referenced directly by name. That being said, it's still advised to take Apple's newest patent application with a grain of salt, since it's impossible to know whether the company will ever move forward with any of these iPad case designs.

acctman
i understand the controls but... displaying the Movie title behind the screen makes zero sense :rolleyes:
Rating: 6 Votes

i understand the controls but... displaying the Movie title behind the screen makes zero sense :rolleyes:


Don't you want everyone in the room to know you're watching Water Boy?
Rating: 3 Votes

Paladincubano
Nice... Now we need to buy a cover for this cover?
Rating: 2 Votes

Crosscreek
Sounds like some great applications for the iPad.
Rating: 1 Votes

blacktape242
this IS NOT innovation, this is reaching for stupid ideas!
Rating: 1 Votes

thelead
This is an old application... not happening. Then again, they could sell a 'Smart Cover' cover... you know, to protect your cover's screen. Genius Apple.
Rating: 1 Votes 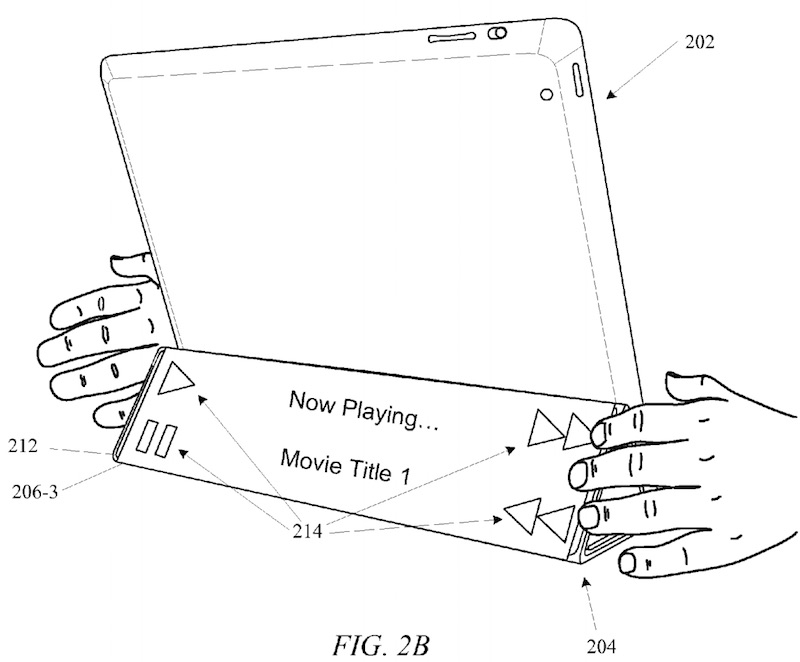 macduke
As a creative myself, I can't imagine what would be the point of drawing something on a display below a display of the thing I'm drawing. Can I imagine the benefits of two displays? Yes—it would be great up top to have layer controls, brush settings, or even a pan-able wide view of the painting while zoomed in doing detail work on the bottom part. But not this. And if Apple charges $169 for a smart keyboard, expect a smart display to cost almost as much as an iPad itself.
Rating: 1 Votes

i understand the controls but... displaying the Movie title behind the screen makes zero sense :rolleyes: