The Smart Connector on the iPad Pro has thus far only been used for keyboard accessories including the Logitech Create and Apple's own Smart Keyboard, but today, Logitech is debuting a new accessory that uses a little known functionality of the Smart Connector -- charging.

Logitech's new Logi BASE is a stand for the 9.7 and 12.9-inch iPad Pro models, allowing them to charge cable-free in landscape mode through the Smart Connector. Logitech sent MacRumors a Logi BASE ahead of its debut, so we were able to get a few days of hands-on time with it. 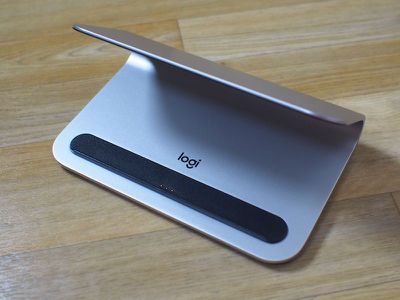 Made of solid aluminum matching the Silver iPad Pro models, the Logi BASE has a Lightning port on the back to accommodate a Lightning cable, which is used to power the accessory. On the front of the stand, there are three male Smart Connector prongs that fit into the Smart Connector port on the iPad Pro to deliver power to the tablet whenever it's sitting in the stand. The Lightning port is located right in the middle of the stand, something that I found somewhat inconvenient for cable management when positioned on my desk.

A plastic lip holds the iPad Pro in place, and a rubber bottom ensures the stand stays firmly in place on a flat surface made of wood, metal, granite, or other similar hard material. The iPad Pro rests against aluminum in the back, and while this didn't cause scratching during my limited testing period, it doesn't seem as ideal as a rubber coating to protect the aluminum shell of the iPad.

Because of the rubber on the bottom and the generous size of the base piece, the stand is sturdy, but there's not much holding the iPad Pro itself in place so it's worth exercising some caution because it can be knocked out of place on accident. With an iPhone stand, the Lightning port provides some stability because there's a stronger physical connection, but with the Smart Connector, it's a contact connection offering no hold.

With the Logi BASE, the iPad Pro can only be positioned in landscape mode when charging because of the location of the Smart Connector, but it'll also hold an iPad in place in portrait mode with no stability issues. On the BASE, the iPad Pro can't be used with the Smart Keyboard, obviously, but it works well with standalone Bluetooth keyboards when docked. It also support iPads and iPhones without a Smart Connector, but it has no purpose beyond serving as a stand with those devices.

A major downside of the Logi BASE is its price. At $99, this is an accessory that's pricer than a lot of other docks for Apple devices, but it is made from high-quality materials and it does have a built-in Smart Connector and Lightning port. Historically, licensing deals with Apple to use proprietary hardware haven't come cheap.

As for charging speed, it was somewhat slower than the with the speeds I see when charging through Lightning. Charging the 12.9-inch iPad Pro through the Smart Connector using the standard Power Adapter and Lightning cable that shipped with the iPad Pro took more than six hours, longer than the typical five to five and a half hours that it takes to charge through the Lightning port.

On Apple's purchase page for the Smart Keyboard, there's a mention that the Smart Connector allows for a two-way exchange of power and data, but Apple's marketing has focused on the Connector's ability to provide power to accessories and not the other way around.

With rumors suggesting the iPhone 7 could potentially include a Smart Connector, accessories like the Logi BASE give a clear picture of the potential use cases of the port on a smaller device. With two-way power features, Apple and other third-party companies could build battery cases and wireless charging accessories able to deliver power without using the iPhone's Lightning port.

The Logi BASE can be purchased from the Logitech website and Apple's online store starting today for $99.

Note: Logitech provided a Logi BASE to MacRumors free of charge for the purposes of this hands-on post. No other compensation was received.

So this is the caveman version of inductive charging.

I bought this back in 2011, it was so beautiful and elegant, an inductive charging stand and the HP Touchpad... way ahead of its time. 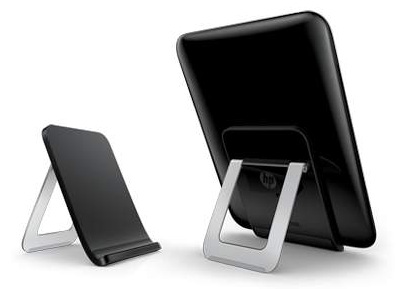 But you're left with a fully charged HP Touchpad :p
Score: 9 Votes (Like | Disagree)

trifid
So this is the caveman version of inductive charging.

I bought this back in 2011, it was so beautiful and elegant, an inductive charging stand and the HP Touchpad... way ahead of its time.

So Apple is copying a very old concept.

Apple isn't copying anything (as far as this accessory is concerned). The accessory is made by Logitech.
Score: 8 Votes (Like | Disagree)

Mcmeowmers
Why are accessories for expensive devices also expensive? This accessory is trivial to make/design.
Score: 5 Votes (Like | Disagree)

Why are accessories for expensive devices also expensive? This accessory is trivial to make/design.

Expensive devices = fewer buyers = fewer buyer of accessory for said device = a higher price for accessories to make it worthwhile for makers to produce one.
Score: 5 Votes (Like | Disagree)
Read All Comments