As work on its car project progresses, Apple has been snapping up a huge number of employees with expertise in the automotive industry from companies like Tesla, Ford, GM, Volkswagen, Bosch, and more, along with researchers who have expertise in autonomous vehicles and electric car platforms.

Each of these hires gives us a glimpse into the ideas Apple is potentially exploring for its Apple Car, and a set of recent hires suggests Apple is hard at work prototyping car parts designed for the project as research continues. 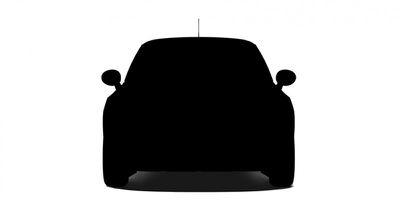 Former Tesla employee David Masiukiewicz recently left Tesla to join Apple, reports 9to5Mac. At Tesla, Masiukiewicz was a Senior CNC programmer who worked on hardware prototyping, and at Apple, he's listed as a "Senior Model Maker" in the "Product Realization Lab" where Apple prototypes new parts and designs for the Mac, iPhone, and iPad. His job description gives hints as to what he produced for Tesla:

In response to a question about why he left Tesla for Apple on one of his social media sites, Masiukiewicz declined to give details but said "Apple provided me with many compelling reasons to come work for them."

Kevin Harvey, who joined Apple last year after working in the CNC machine shop at Andretti Autosport, is also working in the Product Realization Lab. Neither Harvey nor Masiukiewicz are confirmed to be working on Apple's car project, but given their previous expertise, it's highly likely their roles at Apple are car related rather than focused on prototyping future iPhones and iPads.

"Apple provided me with many compelling reasons to come work for them."

BeefCake 15
Let's wait Musk's response of how that engineer was terrible and that's why he went to Apple...
Score: 10 Votes (Like | Disagree)

SusanK
Can't imagine buying a car from Apple. Back to the 2 year trade in cycle of the 1950's.
Score: 7 Votes (Like | Disagree)

dguisinger
I still don't understand the appeal of an Apple car at all. Or why Apple thinks they'd be good getting into a highly competitive industry that can't support more than a handful of brands, all of which are established... Same problem Tesla has had. Maybe I'm wrong, but I just don't see myself buying an Apple car.... hey Apple, how about some good product updates? I just don't see them upsetting the apple cart... with their apple cart.
Score: 5 Votes (Like | Disagree)

mburkhard
Why would we need a car from Apple? I mean, really! Why can't they go back to doing what they did best: Amazing desktop and laptop computers! They are (or rather were) top class in that field... Why, FFS, do they let this die slowly and get themselves into something that is well occupied already with brilliant products from VW, BMW, Mercedes, Volvo, Jaguar... I just don't get it. Oh yeah and once they were amazing in software development too... Oh how I miss the old Apple days. Now it's cars...
Score: 4 Votes (Like | Disagree)
Read All Comments