Apple today updated its web portal designed for developers with a new section entitled "Making Great Apps for the App Store," aimed at helping developers grow their businesses and reach more users with their apps.

Included are resources for planning apps, App Store guidelines, tools for submitting apps, and a section on developer insights featuring stories from developers who have created successful titles. 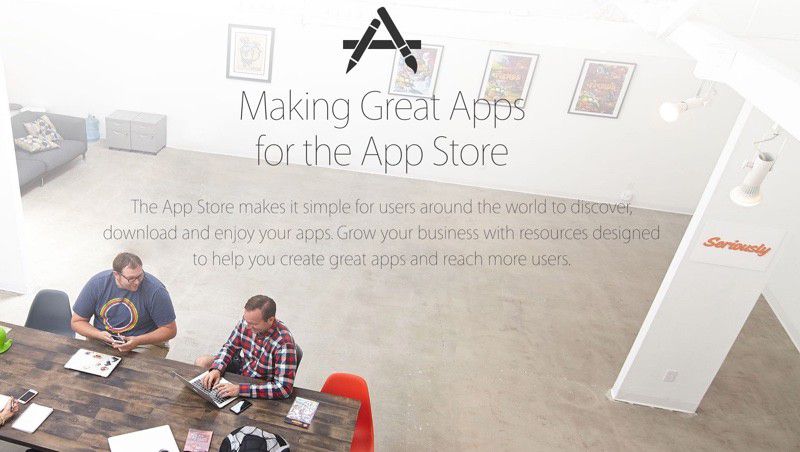 The App Store makes it simple for users around the world to discover, download and enjoy your apps. Grow your business with resources designed to help you create great apps and reach more users.

Several sections of the App Store portal have previously existed, including the sections for Guidelines and submitting an app to the App Store, but the revamped site makes these tools easier to find and combines them together in a more logical way.

Apple's App Store "Planning" feature, which aggregates some previously available information and offers new tidbits, covers the best methods for choosing effective categories for apps and getting apps discovered, including the qualities Apple seeks when planning to feature an app. It also includes ideal business models, tips for offering subscriptions and freemium apps, using analytics for marketing, and engaging users with app updates.

The Developer Insights section includes success stories from developers like Seriously, Grailr, Evernote, and Smule, covering everything from bringing an app to Apple Watch to building a brand on social media.

I hope this precipitates a transformation of the App Store.

It sorely needs it.

The problem is the app store is so hard to use these days. The search is terrible and I mean really awful. I have a hard time finding what I'm looking for. I get so many irrelevant results.
Score: 1 Votes (Like | Disagree)

The problem is the app store is so hard to use these days. The search is terrible and I mean really awful. I have a hard time finding what I'm looking for. I get so many irrelevant results.

The App Store definitely needs to have its content fully revised. Still, I think it's better than Google Play or the Microsoft App Store, which I find too visually crowded and disorganized. It's also crowded with bad quality apps.

HiRez
So basically it's Apple saying "You aren't doing it right" instead of actually addressing the fundamental flaws in the App Store. Look, 5 success stories, see how easy it is! Without mentioning the success stories are a fraction of 1% of the apps on the store. Yes, there are crappy developers, and probably good developers with poorly thought out ideas. But having success on the App Store is really really hard, ten times as hard if you're a small developer.
Score: 1 Votes (Like | Disagree)
Read All Comments