Apple released its latest annual environmental report yesterday, and some of the numbers included reveal just how much the company is able to recover from old devices.

Business Insider notes that Apple was able to recover over 61 million pounds of steel, aluminum, glass, and other materials from its computers and iPhones. Included in that total is 2,204 pounds of gold, which is well over a ton. 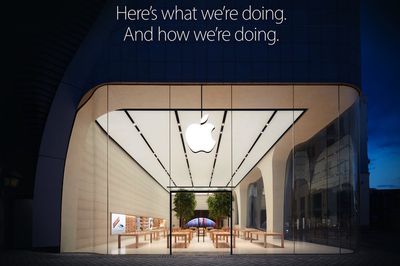 The gold haul alone is worth $40 million at current prices ($1,229.80 per troy ounce of gold), while the total amount of material recovered is reportedly worth well over $50 million.

Apple says in total it collected almost 90 million pounds of ewaste through its recycling programs, which works out as 71 percent of the total weight of the products the company sold seven years earlier.

Apple made much of its efforts to reduce waste at its media event last month. The company also unveiled a robotic system it has developed called 'Liam' that can disassemble old iPhones and recover recyclable materials.

The company said that Liam will initially focus on recycling junked iPhone 6 handsets, but Apple plans to modify and expand the system to deconstruct different models and recover more resources.

So... I feel like Apple is doing a lot more than most other companies to have full end-to-end recycling for their products. Why knock Apple for this? Or is it that they're not making the new iPhones entirely out of 100% sustainable bamboo? Which other major electronics manufacturer is doing better?
Score: 15 Votes (Like | Disagree)

mw360
So generous that they do this for us completely free of charge.
Score: 11 Votes (Like | Disagree)

ryansimmons323
I guess that's how they make all the Apple Watch Edition models!!
Score: 8 Votes (Like | Disagree)

rdlink
Wow. A company spends massive amounts of intellectual energy and hundreds of millions of dollars recovering materials and helping to better the current state of sustainability and some people just want to criticize. It makes me tired.
Score: 8 Votes (Like | Disagree)

So generous that they do this for us completely free of charge.

Most of these devices are buy backs as part of the upgrade programs. Also don't forget it costs apple to recycle too, so its not all profit.
Score: 5 Votes (Like | Disagree)
Read All Comments