Logitech today announced plans to acquire popular earbud company Jaybird, in a deal that will cost Logitech $50 million in cash. Jaybird will join Logitech as its second audio-focused company after Logitech brought Ultimate Ears under its umbrella back in 2008.

According to Logitech, it purchased Jaybird to bolster its foothold in the mobile device and earbud markets. Jaybird makes Bluetooth-enabled wireless earbuds like the X2, its most recent product, and the company also has a fitness tracker called Reign. Wireless earbuds may be set to explode in popularity with the launch of the iPhone 7, as rumors suggest Apple will be doing away with the headphone jack on the device. 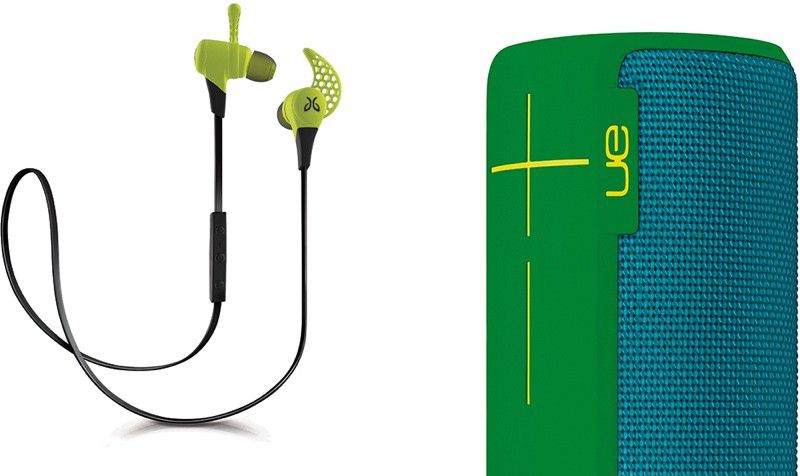 We bet big on a shift to wireless and this shift has happened big time. As we pursued this bet, we retreated to home base with our existing wearable business - the custom business for professional touring musicians - but all the while we nurtured desires to grow beyond our thriving but niche UE PRO business.

What's Jaybird got to do with all this? Well, not all music gets to be shared out loud! We see it all around us everyday - people love to listen to music everywhere and sometimes in places where listening out loud would just not work. Jaybird hit on a great idea of making products for people actively engaged in sports and who wanted music to power their passion for their sport. With the right product (and Jaybird makes them), you can now pursue your sport with your music. It's a potent combination.

Like with Ultimate Ears, Jaybird will operate under the Logitech brand, continuing to sell Jaybird-branded products like the X2. In a statement, Jaybird CEO Judd Armstrong said Jaybird plans to continue to innovate and introduce new products, but will "benefit from Logitech's global distribution network and deep engineering progress." The acquisition is expected to close "in the coming weeks."

JayBird had awesome service. Perhaps it will continue.


This. Seriously they are awesome. I doubt they will continue this. Not happy at all. Logitech CS sucks big time.
Rating: 2 Votes

This. Seriously they are awesome. I doubt they will continue this. Not happy at all. Logitech CS sucks big time.


I was going to take issue with this as historically Logitech had amazing customer service.

However after looking online it seems recent reviews are predominantly negative. Also looks like they got in a new CEO in early 2013 to 'revive their fortunes'. Unsurprising as customer care/properly honouring warranty always gets the first cut.

What a shame.
Rating: 2 Votes

lewisd25
I'm not looking forward to the next gen Logitech Blue Bud X earbuds being 3x the cost...
Rating: 1 Votes

Apple bought Beats for its music streaming, not for its headphones…

One thing putting me off though is that the only place you can purchase the original ear fins and silicone tips, accessories is directly from Jaybird. While this is OK if you live in the US, getting these shipped to other Countries is going to be expensive with the international shipping, customs tax. Hopefully if the Logitech takeover goes through, this will make them available more easily worldwide.


You can purchase third party tips on Amazon that work perfectly fine as well. Also, the X3's are coming out in May. The official release is Q2, but we should see them in May. I'll be first in line!
Rating: 1 Votes

macduke
For all the Logitech hate, I actually like them alright. I used their mice for years before Apple came out with the Magic Mouse (and I switched to using a Razer DeathAdder for gaming), with my last one being the bluetooth MX400 in glossy white. I also really like my Harmony remote (it's a more basic version without a display), although it can be difficult to program with their convoluted java app using a USB cord to my Mac. Luckily I don't have to do that often. Lastly, I have the last-gen Mini Boom and it is absolutely fantastic. I think if Logitech deals with Jaybird the same way they dealt with UE then it will be ok. The UE bluetooth speakers are consistently rated as top performing bluetooth speakers across a variety of metrics, so it looks as though they're trying to solidify their position by owning the bluetooth audio space given that Jaybirds are also consistently rated as some of the best bluetooth earbuds.
Rating: 1 Votes


UE was another acquisition. If they weren't run nearly separately, they'd mess UE up as well. They won't; the margins on UE IEMs is ridonkulous.
Rating: 1 Votes

boast
I hope they lower manufacturing costs by cutting quality and materials in order to increase profits which would make the acquisition worthy! ;)
Rating: 1 Votes

HowEver
JayBird had awesome service. Perhaps it will continue.
Rating: 1 Votes
[ Read All Comments ]

• Apple Releases iOS and iPadOS 13.3.1 With Toggle for Turning Off U1 Chip in Latest iPhones (62)
• Two of the iPad's Creators Share Thoughts on Its Development, Evolution, and More (32)
• Filmic's New DoubleTake App Lets iPhone Users Shoot Video From Multiple Cameras Simultaneously (43)
• 'iPhone 9' Production Reportedly Scheduled for February, But Could Be Impacted By Coronavirus Outbreak (61)
• MGM Held Talks With Apple and Netflix to Gauge Interest in Acquisition (111)
• FCC Opens Up 3.5GHz Spectrum for Full Commercial Use, Apple's Newest iPhones Already Offer Support (29)
• Apple Patent Imagines iMac Made From a Single Sheet of Glass (125)