Apple's ongoing fight with the U.S. government over an order that would require the company to unlock the iPhone 5c used by San Bernardino shooter Syed Farook has come to an end, after the Justice Department today announced plans to drop its case against Apple. 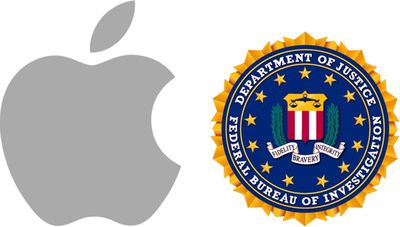 In a motion asking the court to vacate the original order, prosecutors said the FBI has been able to access the data stored on the iPhone 5c without Apple's help, reports CNBC. From the court filing:

Applicant United States of America, by and through its counsel of record, the United States Attorney for the Central District of California, hereby files this status report called for by the Court's order issued on March 21, 2016.

The government has now successfully accessed the data stored on Farook's iPhone and therefore no longer requires the assistance from Apple Inc. mandated by Court's Order Compelling Apple Inc. to Assist Agents in Search dated February 16, 2016.

Accordingly, the government hereby requests that the Order Compelling Apple Inc. to Assist Agents in Search dated February 16, 2016 be vacated.

Apple was scheduled to square off against the FBI in court on Tuesday, March 22, but just a day ahead of when the court date was set to take place, the FBI asked for a temporary postponement as it had discovered a way to access the iPhone that would not require Apple's participation.

It later came out that the FBI had enlisted the help of Israeli mobile software developer Cellebrite, a company that offers "mobile forensic solutions" to help law enforcement agencies crack the encryption on smartphones to access data. The government has not disclosed the method used to obtain the information on the iPhone, stating only that it has been retrieved.

The withdrawal of the case brings the heated battle between Apple and the U.S. government to a close. The two have been fighting a very public debate over encryption and personal privacy, which kicked off when a court ordered Apple to help the FBI unlock the iPhone 5c in question.

Unlocking the iPhone would have required Apple to build a new version of iOS that bypassed iPhone passcode restrictions and provided the FBI with a way to enter passcodes electronically, something Apple staunchly refused to do as it would set a dangerous precedent for the future of device encryption.

Update: Apple has provided an official statement on the dismissal of the lawsuit.

From the beginning, we objected to the FBI's demand that Apple build a backdoor into the iPhone because we believed it was wrong and would set a dangerous precedent. As a result of the government's dismissal, neither of these occurred. This case should never have been brought.

We will continue to help law enforcement with their investigations, as we have done all along, and we will continue to increase the security of our products as the threats and attacks on our data become more frequent and more sophisticated.

Apple believes deeply that people in the United States and around the world deserve data protection, security, and privacy. Sacrificing one for the other only puts people and countries at greater risk.

This case raised issues which deserve a national conversation about our civil liberties, and our collective security and privacy. Apple remains committed to participating in that discussion.

OldSchoolMacGuy
Cracked it years ago. This was never about having the ability to crack an iPhone, it was about getting the government to give them easier access to get at that data without the legal hurdles.

They'll find a better case to push this agenda in the future.
Score: 48 Votes (Like | Disagree)

joe-h2o
In other words, they didn't want to risk precedent being set by the case. If the case went against them they'd face an uphill battle to force people and phone makers to unlock their phones.

This was never about accessing the data on the phone, it was about setting a legal precedent that said "you are obligated to backdoor your encryption if the FBI asks" and they realised that Apple wasn't going to take it lying down and thus the legal fight was tougher than they were expecting and they might actually lose.

dannyyankou
Now Apple needs to figure out how they accessed it and patch it. If the government can hack into it, anyone can.
Score: 37 Votes (Like | Disagree)

garylapointe
Interesting... I expected this to be dragged out WAY longer!

Although, it'll rear it's head again when apple locks down that security hole (if they can)...

MY QUESTION IS: Did they find anything useful on the iPhone?!?

Rogifan
How do we know the FBI isn't lying?
Score: 23 Votes (Like | Disagree)
Read All Comments

Saturday February 4, 2023 1:30 am PST by Hartley Charlton
Google's Chromium developers are working on an experimental web browser for iOS that would break Apple's browser engine restrictions, The Register reports. The experimental browser, which is being actively pursued by developers, uses Google's Blink engine. Yet if Google attempted to release it on the App Store, it would not pass Apple's App Review process. Apple's App Store rules dictate...
Read Full Article • 282 comments