While the Apple Watch captured an impressive 75.5 percent share of the smartwatch market through its launch quarter last year, market research firm IDC predicts that watchOS will gradually cede market share to competing platforms such as Android Wear, Tizen, and Pebble OS over the next four to five years. 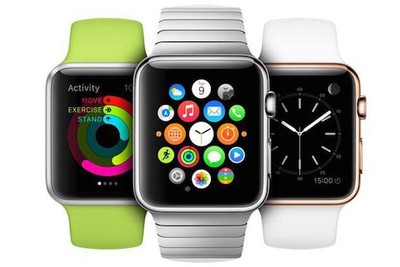 IDC forecasts that the Apple Watch software will capture 49.4 percent market share in 2016, but that figure is expected to drop to 37.6 percent in 2020. IDC expects global shipments of 237.1 million wearable devices in 2020, up from an estimated 110 million in 2016, as the wearable market continues to grow.

The decline in market share will not be indicative of fewer Apple Watch sales, as sales of the wrist-worn device are projected to rise from an estimated 14 million units in 2016 to 31 million in 2020. Comparatively, Apple sold an estimated 11.5 million watches over the final 8 months of 2015, based on combined IDC and Strategy Analytics data.

Jimmy James
A market to watch.
Score: 15 Votes (Like | Disagree)

And yet every time I read a story about the watch, people call it a flop and say Tim should either resign for it or discontinue the product. Amazing. :rolleyes:

I think some people have unrealistic expectations and expect sales to immediately reach iPhone levels.
Score: 13 Votes (Like | Disagree)

It IS a flop in Apple standards, regarding Apples undenibale ambitions this being the next big thing after iPod, iPhone and iPad. The curse of an unparalleled success story in the last 15 years.

However, even this is not true. Even by Apple standards the Apple Watch is not a flop, matching or exceeding previous 1st generation products FROM APPLE. The myth about the Apple Watch "flop" is so prevalent on MacRumors even those who think they are defending the Apple Watch (or pretend to be) repeat it.

Apple bashers on this forum used to decry the Steve Jobs "Reality Distortion Field." It is safe to say Steve Jobs was not the only personality capable of distorting reality. The MacRumors forum membership has collectively achieved an equally powerful distortion of reality.
Score: 12 Votes (Like | Disagree)

0958400
Congrats to Apple, but now we do need a WatchOS 3.0 that delivers:
- A LOT of watch faces and adaptability
- a gui that does make sense
- more SIRI actions with the Apple Watch (dictating notes, etc.)
- rating music
- displaying html mails
- speed!
- buttons that can be assigned (or at least buttons that do make sense due to frequent usage ("friends" does not do it and Apple Pay is not available in my country as it isn't in 97% of the countries world-wide...)
Score: 11 Votes (Like | Disagree)

Kaibelf
And yet every time I read a story about the watch, people call it a flop and say Tim should either resign for it or discontinue the product. Amazing. :rolleyes:
Score: 10 Votes (Like | Disagree)

It IS a flop in Apple standards, regarding Apples undenibale ambitions this being the next big thing after the iPod, iPhone and iPad. The curse of an unparalleled success story in the last 15 years.

Only to the standards YOU hold them to. None of us have any idea what kinda of sales numbers they were expecting.
Score: 8 Votes (Like | Disagree)
Read All Comments

Friday May 7, 2021 6:55 am PDT by Sami Fathi
According to Apple leaker Jon Prosser, Apple's upcoming release of the MacBook Air will feature various colors, similar to the colors in the newly released 24-inch iMac. In the latest video of his YouTube channel Front Page Tech, Prosser says the same source who accurately provided him information on the first Apple silicon iMac coming in colors has told him that he recently saw a prototype...
Read Full Article • 332 comments