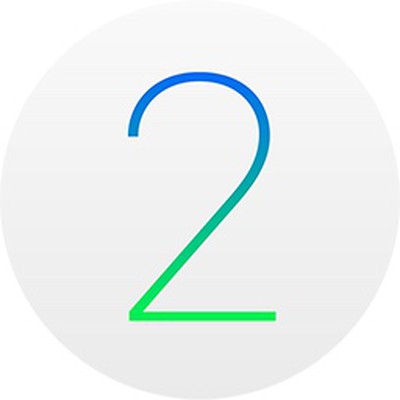 Apple today seeded the fifth beta of an upcoming watchOS 2.2 update to developers, just over a week after seeding the fourth watchOS 2.2 beta and more than two months after releasing watchOS 2.1, the first major update to the watchOS 2 operating system that runs on the Apple Watch. watchOS 2.2 has been in testing since January 11.

The fifth watchOS 2.2 beta can be downloaded through the dedicated Apple Watch app on an iPhone running the iOS 9.3 beta by going to General --> Software update. To install the update, the Apple Watch must have 50 percent battery, it must be placed on the Apple Watch charger, and it must be in range of the iPhone.

watchOS 2.2, along with iOS 9.3, introduces support for pairing multiple Apple Watches with a single iPhone. Both updates are required, with each watch running watchOS 2.2 and each iPhone running iOS 9.3. watchOS 2.2 also includes a revamped look for the built-in Maps app on the Apple Watch with access to the Nearby feature first introduced with iOS 9 and new buttons for quickly accessing directions to home and work.

There were no other obvious outward-facing changes introduced in the first four watchOS 2.2 betas aside from the changes to the Maps app, but the update undoubtedly includes under-the-hood performance updates and bug fixes to address issues that have been discovered since the release of watchOS 2.1. WatchOS 2.2 is expected to debut in the spring, perhaps at Apple's rumored March 21 event.

Goaliegeek
It would be nice to either 1. have Messages sync with what threads are open in your phone (delete a thread on your phone, it removes it from your watch) or 2. be able to force touch open threads in Messages and be able to clear all or select threads to do a mass delete instead of doing it one... by one... by one...
Score: 7 Votes (Like | Disagree)

It would be nice to either 1. have Messages sync with what threads are open in your phone (delete a thread on your phone, it removes it from your watch)

Yes! I'd also love an option that synchronized Messages across all devices (e.g. delete a conversation on the phone, deleted it from my iPad, Watch, and my Mac as well). At the very least, having it synchronize on the Watch would be great.
Score: 6 Votes (Like | Disagree)

How complicated do people want something on their wrist?

I think you are looking at this all the wrong way. Having to individually delete messages on the phone, then watch, is more complicated than the simplification of synchronized messages.

Synchronization already occurs between a phone and mac, it's rather odd this behavior did not carry over to the watch.
Score: 3 Votes (Like | Disagree)

hauntvictim
I wish they could speed up the loading of the apps. Even stock apps take 15-20 seconds.
Score: 3 Votes (Like | Disagree)

KPATVPOD
Why does clicking the green workout complication at the top centre of the screen when working out not take you back to the workout app???
Please fix Apple.
Score: 2 Votes (Like | Disagree)
Read All Comments