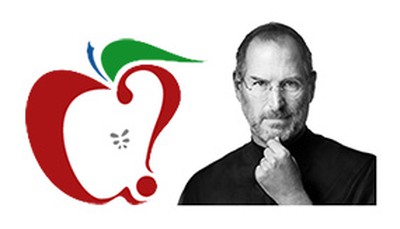 Today marks what would have been Steve Jobs' 61st birthday, and Apple fans around the world are once again remembering the late Apple co-founder and former CEO on Twitter and in our discussion forums.

Coincidentally, today also marks the 16th birthday of MacRumors, launched by Arnold Kim on February 24, 2000 -- before OS X, iPods, iPhones, iPads, and more. As always, we express our gratitude to the readers, contributors, volunteers, sponsors, and all those who allow us to continue sharing the latest Apple news and rumors.

Jobs co-founded Apple with Steve Wozniak and Ronald Wayne in 1976, and the roots of the company were based in the garage of his childhood home in Los Altos, California. He worked at Apple for 25 years, over two separate stints between 1976 and 2011, in addition to founding NeXT in 1985 and funding Pixar in 1986. Jobs passed away on October 5, 2011 following a lengthy illness.
Tag: Steve Jobs
[ 103 comments ]

Sirious
Happy B'day to Steve.
Hope the iCloud is serving him well.
Score: 13 Votes (Like | Disagree)

antonis
And his absence is getting more and more obvious for Apple, as time passes...
Score: 12 Votes (Like | Disagree)

alfonsog
Time flies, it has been nearly 14 years for me on Macrumors and also this is my restaurant's 25th year, I was 17 when my dad opened it with me. At least I still feel young!
Score: 11 Votes (Like | Disagree)

Thank you, MacRumors, for the opportunity to be among your "several readers" :).

You might reword that last bit. Putting readers right after several minimizes the audience. Might I suggest:

As always, we express our gratitude to our contributors, volunteers, sponsors, all those that allow us to continue sharing the latest Apple news and rumors, and of course, our readers.

The pedants are out in force today.
Score: 6 Votes (Like | Disagree)

And his absence is getting more and more obvious for Apple, as time passes...

Couldnt agree more. As the years have gone by since his passing you can see Apple has changed alot from what it was.
Score: 6 Votes (Like | Disagree)
Read All Comments