Inability to Use Apple Pencil for Navigation in iOS 9.3 Appears to be Intentional

Over the course of the iOS 9.3 beta testing period, iPad Pro users running the update have noticed a disturbing feature removal that limits the functionality of the Apple Pencil. In the current version of iOS, iOS 9.2, the Apple Pencil can be used for navigational purposes, just like a finger. It's possible to tap on buttons, select text, scroll, swipe between apps, access menus, and access general editing controls in non-drawing apps.

With iOS 9.3, much of that functionality has been removed. The Apple Pencil is no longer able to be used for selecting and manipulating text or doing things like scrolling -- it's only available for selecting buttons and drawing, sketching, and writing within apps. 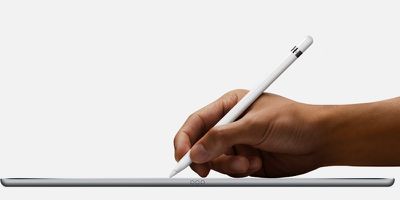 Early on, Apple Pencil users thought the feature removal was perhaps a bug, but full Apple Pencil functionality has not been restored in later betas and the release notes that accompany betas have never mentioned the Apple Pencil's inability to be used for navigational purposes as a known issue. In a recent podcast, Relay.fm co-founder Myke Hurley said he's heard that the decision isn't a bug, but an intentional design decision.

Sources in the know confirm that removing the functionality of the Apple Pencil is a decision inside of Apple. It is not a bug they have overlooked for three betas. It is a decision.

Earlier today, iMore's Serenity Caldwell wrote an opinion piece outlining the issue and calling on Apple not to remove the Apple Pencil's existing capabilities. In her post, she points out the Apple Pencil can no longer be used for tasks like editing videos in iMovie for iOS.

But the fact remains that the Pencil's owners use those navigation options, and frankly, the idea that Apple would take away functionality that people have come to expect and depend on is a significant hit to usability and overall experience.

Worse, it makes the Pencil useless for video and audio editing, creative pursuits that I'd hoped to explore further on the iPad Pro. I'd initially enjoyed editing and cutting several videos in iMovie for iOS with the help of the Pencil; now, you can only select and drag clips. You can't cut a clip with the downward swipe gesture, nor can you scroll the timeline.

Many iPad Pro users have come to rely on the Apple Pencil as a finger replacement in some situations, and it is not entirely clear why Apple has opted to eliminate that functionality. iOS 9.3 is expected to be released in the spring, perhaps at Apple's March 15 event, which means the end of the beta testing period is fast approaching. As Caldwell points out, Apple still has time to re-add the Apple Pencil features back into the operating system ahead of that date.

*releases finger off the screen*

*iOS selects an additional character at the end*

*it unselected too many characters*

Zwhaler
A $1,000 tablet can't use the stylus to navigate? Even worse is that it obviously can and the feature is being held back. Let's hope they enable it as they ought to.
Score: 41 Votes (Like | Disagree)

profets
I can see what Apple is trying to do, but losing the ability to use the Pencil for fine controls, like editing video and audio, and selecting text doesn't seem like the best idea.
Score: 32 Votes (Like | Disagree)

Norbs12
Yeah, that strikes me as being pretty odd. At least make it a setting you can toggle.
Score: 28 Votes (Like | Disagree)