Danny Boyle's Steve Jobs film continued its awards season wins last night, with Kate Winslet taking home the Best Supporting Actress award at The British Academy of Film and Television Arts on Sunday (via The Guardian). Winslet dedicated her win at the BAFTA ceremony to women who are the subject of unjustified body shame criticism, which she faced as a young woman trying to break into the industry. 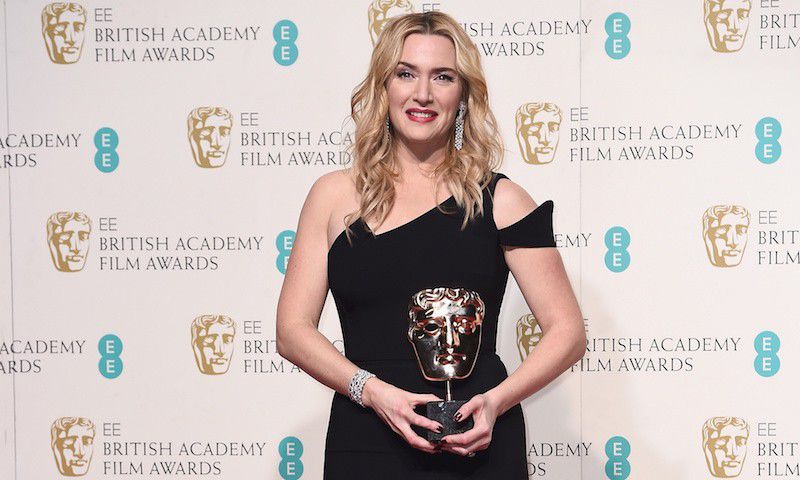 “When I was younger, when I was 14, I was told by a drama teacher that I might do OK if I was happy to settle for the fat girl parts,” Winslet said. “So what I always feel in these moments is that any young woman who has ever been put down by a teacher, by a friend, by even a parent, just don’t listen to any of it, because that’s what I did – I kept on going and I overcame my fears and got over my insecurities.”

Winslet won for Best Supporting Actress at the Golden Globes in January as well, while Steve Jobs screenwriter Aaron Sorkin won for Best Screenplay. With a Golden Globe and now a BAFTA win, Winslet is set up to be a likely winner at the 88th Academy Awards taking place Sunday, February 28. At the Oscars, she will face all of the same actresses she beat at the BAFTA ceremony: Jennifer Jason Leigh (The Hateful Eight), Rooney Mara (Carol), and Alicia Vikander (Ex Machina), with the addition of Rachel McAdams (Spotlight).

Mr-Stabby
Kate Winslet is a fine actress, and she did well with this role. But i'm not sure it's worth all the awards shes getting. It's not really a standout role. There have been far better and more interesting performances this year.
Rating: 6 Votes

Jsameds
It was a great movie, so much better than that Kutcher flick. Very strong performances all round with the strong script make a killer combo.

It really didn't matter that Fassbender didn't look like Jobs as everyone here was saying when the casting was announced.

Looking forward to watching this one again in the near future.
Rating: 2 Votes

Mac Fly (film)
BAFTA are the worst for giving awards to their own.
Rating: 1 Votes

fitshaced
Who cares about awards for acting other than actors? I don't know why these things get so much attention other than to grab more viewings. No-one cares about my yearly performance review, thankfully.
Rating: 1 Votes

Kate Winslet is a fine actress, and she did well with this role. But i'm not sure it's worth all the awards shes getting. It's not really a standout role. There have been far better and more interesting performances this year.


These are British awards. She's British. Do the math. She has zero chance of an Oscar.
Rating: 1 Votes

As opposed to justified body shaming?

There is just a comma missing:

MartyBeez
How is she fat?
Rating: 1 Votes
[ Read All Comments ]