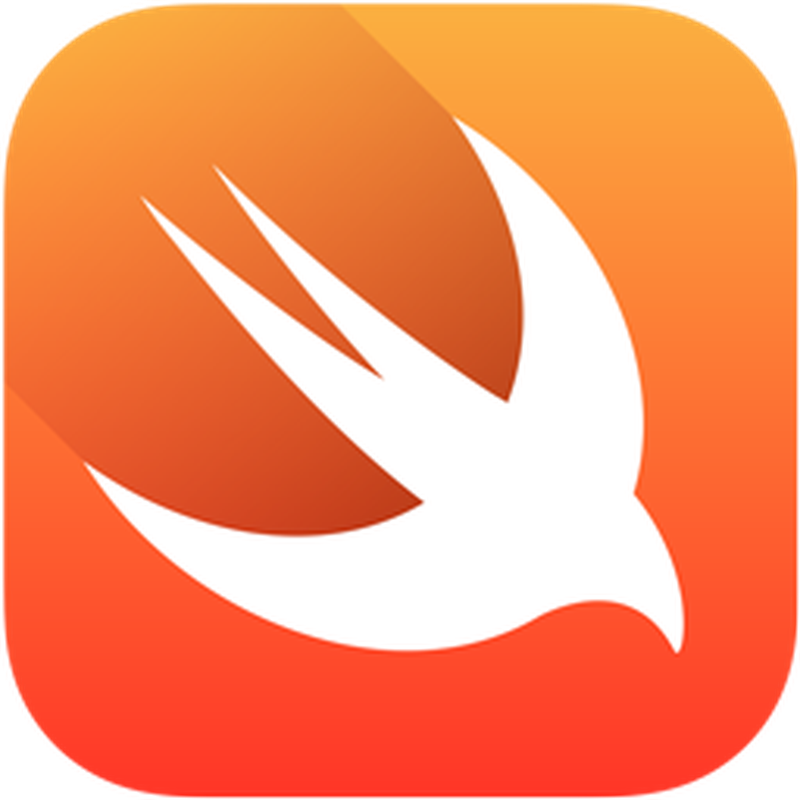 Apple today announced that its Swift benchmark suite is open source, just over two months after making its Swift programming language open sourced as promised at the 2015 Worldwide Developers Conference.

Introduced in 2014 and launched alongside iOS 8 and OS X, Swift is Apple's programming language built for iOS, OS X, watchOS, and tvOS, designed to work with Cocoa and Cocoa Touch frameworks along with Objective-C while also being widely accessible. In 2015, Apple debuted Swift 2 with new features like advanced error handling and syntax enhancements.

From what I heard the only app that's written in Swift by Apple is the calculator app. So, I think it'll be decade before it really catches on like you said.


Well, you don't rewrite an app because there's a new language, Maybe calc was chosen as a proof of concept.

At my company, all apps are obj-c and will remain so for the foreseeable future.

Maybe new UI could be written in swift, for the hell of it. Maybe it's like what they say about going black... :-)

Keep in mind that this C++ guy accepted to move a legacy app to ARC about a year or so ago. (I don't regret that at all now!)
Rating: 2 Votes

Well, you don't rewrite an app because there's a new language, Maybe calc was chosen as a proof of concept.

At my company, all apps are obj-c and will remain so for the foreseeable future.

Maybe new UI could be written in swift, for the hell of it. Maybe it's like what they say about going black... :)

Keep in mind that this C++ guy accepted to move a legacy app to ARC about a year or so ago. (I don't regret that at all now!)


Well from what I hear, coding with Swift takes considerably less time, and developers have nothing but good things to say about it.
Rating: 1 Votes

akac
All of our new code is Swift. Now we have a huge app - so its going to be a long time before we are anywhere close to most of it being Swift. But I've been doing all new code since about 6 months ago in Swift, and my other engineers only the last 2-3 months. Swift makes so many things better, we'd love to sit down and convert existing code to Swift…but there is little point unless we hit upon a good reason.
Rating: 1 Votes

It's not as bad as with Java. For example there are nice structs, which Java doesn't have IIRC. But I don't like the casting required everywhere:

So all these good Swift things kinda get in the way and I don't like how the code looks, either.


These are all signs that you are trying to bend the language to a particular way of doing things rather than actually doing things in the language. A couple things to point out in the code you wrote:
- Using C-style enumeration rather than the range enumerator, and not specifying a type for "i", which would help with the casting behavior. Swift defaults to the default int size of the platform if you don't.
- Using a buffer rather than just letting the array size itself appropriately to fit the content (pre-sizing is a minor optimization).
- Should be using Character or UnicodeScalar instead of UInt8. Swift doesn't assume that you are in ASCII-land, which is part of your trouble. Since you are writing code to fill a character buffer, but not actually using characters, but ASCII.
- Instead of enumerating the array, you create an unsafe pointer and do another C-style loop. This is the worst way to iterate through an array you already have.
- Why even use a buffer like this when a String can be sliced up and converted into the UnicodeScalars if you need the underlying value. You can also create slices of arrays if you want to only pass around a piece of an array (circular buffers for example).
- While UnicodeScalar and Character are somewhat incomplete if you need the ability to do math on the underlying value, you can always add them as operators to make the code doing the manipulation cleaner rather than keeping values that don't represent what you are actually working with.

For grins, I wrote up a version of the sample code you wrote using UnicodeScalar. Either way it is a bit contrived as the real solution will depend on how these things interact with the rest of the program. It also avoids extending array (which it should) for printing the hex values, which does require a few steps to get it right.


This code has the advantage of being easier to read, clearer behavior, and the customizations are actually reusable. Again, this isn't really code I'd actually write in Swift in practice, since I'd either be using an integer buffer for raw data (possibly an NSMutableData if on Apple platforms), and a string for a character buffer.

One of the other issues with Swift is that the standard library is woefully tiny. You basically have to marshal out to a framework, and AppKit/UIKit/GCD are first class citizens, while the POSIX APIs are very much not.

But the code you wrote suggests someone with a strong C background, possibly spending a lot of time in low level code, and not having spent much time with Obj-C, Python, C# or other modern languages used in app and tool development.

Honestly, swift is something you need to dig into, and unfortunately, if you are doing so off an Apple platform, the frameworks just aren't there to support a rich experience. And even if you are on an Apple platform, AppKit and UIKit prevent certain features of Swift from being used to their full potential because you can get more functional programming styles done in Swift, but then things like CoreData rip you back into the world of reference types of multi threading hell that results.

As for the comment of the GP that comments about efficient coding techniques, those are the same techniques that create crashes, security holes and other fun. All for the opportunity to maybe outsmart the compiler, when in many cases, bugs I've run into are because someone tried to outsmart the compiler, and got bit later because it forced the compiler into undefined parts of the C spec, or it actually prevented the optimizer from finding an even faster optimization because mucking with the pointers turned the whole process into something opaque.
Rating: 1 Votes

2) mixing languages in an existing project makes it too complex


What problems are you encountering with this?
Mixing ObjC/Swift in the same project works great even with my huge decade+ old OSX code bases!
Rating: 1 Votes

Introduced in 2014 ('https://www.macrumors.com/2014/06/02/apple-ios-8-sdk/') and launched alongside iOS 8 and OS X, Swift is Apple's programming language built for iOS, OS X, watchOS, and tvOS, designed to work with Cocoa and Cocoa Touch frameworks along with Objective-C while also being widely accessible. In 2015, Apple debuted Swift 2 ('https://www.macrumors.com/2015/06/08/apple-announces-swift-2-open-source/') with new features like advanced error handling and syntax enhancements.


I'd like to see an adoption graph of Swift since its release. For example, how many app submitted to the store are written in Swift vs. Objective-C on a month-to-month trend. I somehow feel an Apple employee is reading this with that exact graph in an other window on their desktop they wish they could release.

First, they announce it out of the blue at WWDC 2014. Then real quite the first year with many complaining about a buggy compiler. Then WWDC 2015, it goes open source to a rumored very soft acceptance. Now the benchmark tools are open source.

I'm still running into a lot of firms with a "No Swift" development policy because:

This reminds me of the early Java days in the 90's where it took almost ten years for it to really take off in the industry.

What problems are you encountering with this?
Mixing ObjC/Swift in the same project works great even with my huge decade+ old OSX code bases!

It is more of a "level 8 and 9" problem for those who know the Seven Layer Networking model. Yes, technically they did a good job mixing the two. Issue is that I'm finding managers who are more "source code gardeners" where they look all over checked in code making sure it is nice and readable. Two higher level languages in a single project grinds a lot of gears. One manager has it analogous to "a booth written with one chapter English with the other chapter in French" were you need someone knowing both languages to take on the project.
[doublepost=1455047078][/doublepost]

I guess there's some selection going on, because I prefer projects that have a (relatively) new code base. I also got lucky in the sense that I started working for my own, doing staff augmentation for a team within a big European airliner that is very innovative and keen on using new technologies.

I can see where you are coming from. It would be nice to see a demographic of what developers from different countries are using Swift over Objective-C. My current swath of projects are very hardware oriented with shared source code between the accessory and the app. That is done in C as it is the only common language between Xcode and the accessory's micro-controller IDE. From that, you get to be very "C centrist" not wanting to switch syntax conventions.

I had one friend who is a rather achieved academic in the CS / EE realm. He did a critical review of Swift a while back. One thing that really got to him was the syntax of Swift. He swore some of the syntax was intentionally changed from normal convention to avoid any copyright claims of other compilers. There are several essays on line about the oddities of Swift syntax that you can search covering this subject.
Rating: 1 Votes

segmentPage
I see many people talking about low adoption of swift by developers. And I would like to point it out that, this is totally wrong.
Some complex apps like Facebook, Instagram, Youtube and many of Apple's own apps are already written in Objective-C.
It will be a sheer waste of time to immediately re-write these apps when there is no significant improvement in performance and hence the companies are not wasting resources on rewriting.
On the contrary, many new developers are learning Swift and find it easier due to its similarity with some other languages. Also most developers are starting the development of their new apps in Swift.
It will take some time for people to adopt Swift.
For reference, python was launched in 1991 and Django, the popular web framework in python came in 2005.
Swift is just 2 years old and their already are several stable web frameworks popping up without Apple taking any particular interest in such developments.
So I guess 5-10 years down the line, we might even see full stack developers doing complete development in Swift.
Rating: 1 Votes

You just brough up one of the biggest issues with both Swift. Like Java, it forces you to have everything derived from an object construct. While quite portable, it isolates you from memory addressing, pointer casting and other efficient coding techniques where very few op codes are generated.

It's not as bad as with Java. For example there are nice structs, which Java doesn't have IIRC. But I don't like the casting required everywhere:

So all these good Swift things kinda get in the way and I don't like how the code looks, either.
Rating: 1 Votes
[ Read All Comments ]