Apple today seeded the second beta of an upcoming iOS 9.3 update to developers for testing purposes, two weeks after seeding the first iOS 9.3 beta and more than a month since the public release of iOS 9.2.

The second iOS 9.3 beta is available as an over-the-air update and through the Apple Developer Center.

As a major .1 update to the iOS 9 operating system, iOS 9.3 introduces quite a few new features. There's a new Night Shift mode that cuts down on the amount of blue light iOS users are exposed to in the evening hours by automatically shifting the iPhone or iPad display to a warmer (yellower) color spectrum, and there are several new features designed to improve the iPad for Education program.

Subscribe to the MacRumors YouTube channel for more videos.
Several apps and features are also being updated. In-line video and a landscape view for the iPhone are available in the News app, which now offers more personalized recommendations and faster updates. Health includes a new Apple Watch-style "Activity" view that displays activity and goals, while Notes now has an option to password protect individual entries.

Apple Music on CarPlay now includes New and For You sections for better music discovery, and a Nearby feature in CarPlay Maps offers improved access to information about what's close by. Paired with watchOS 2.2, an iPhone running iOS 9.3 is able to support multiple Apple Watches, and for iPhone 6s users, there are new Quick Actions for the Weather, Settings, Compass, Health, App Store, and iTunes Store apps, along with new Peek and Pop gestures for the App Store.

Control Center Night Shift Toggle - As hinted at in the iOS 9.3 preview page provided to Canadian users, iOS 9.2 beta 2 introduces Night Shift controls in the iOS Control Center, accessible by swiping up from the bottom of an iOS device. Night Shift is denoted by a new eye-shaped icon in between the icons for the timer and the calculator on the iPhone. Tapping on the icon brings up options to turn the feature on or disable it until the next day.

Night Shift is denoted by a new eye-shaped icon in between the icons for the timer and the calculator on the iPhone. Tapping on the icon brings up options to turn the feature on or disable it until the next day. In the video below, you can see Night Shift's Control Center toggle in action.

Subscribe to the MacRumors YouTube channel for more videos.
Night Shift Settings - In the Settings app under Display & Brightness, Night Shift has been moved to its own submenu. Tapping on "Night Shift" now opens up a menu that features all of the Night Shift controls. In the first beta, Night Shift was not in its own section.

Quick Actions - The 3D Touch Quick Action for the Settings app no longer offers an option to change the wallpaper.

iOS 9.3's features will be released to the public this spring following the conclusion of the beta testing period.

Gudi
I don't like the new icon. Bring back the bedside lamp! 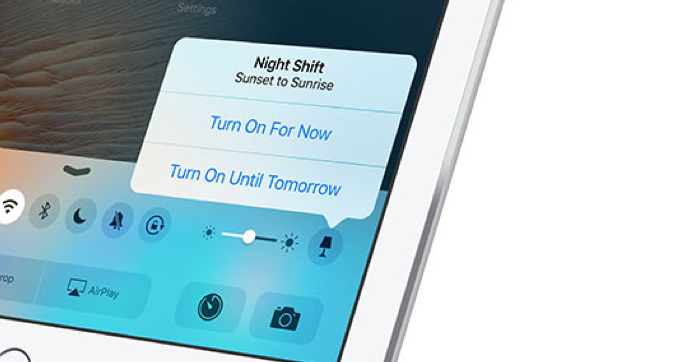 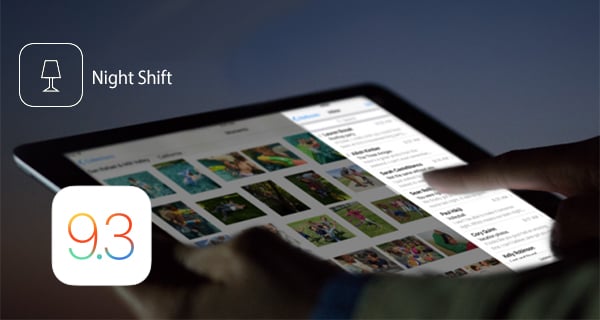 Probably someone at Apple thought, users would be confused, because an actual bedside lamp doesn't filter blue light. So that's why we can't have nice things. :(
Score: 11 Votes (Like | Disagree)

Battery life? I know it's a beta with 9.3 I was getting about 4-6 hours with moderate usage.

I just installed this second beta an hour ago, and so far I've been getting about 8 hours of mixed usage. Battery life has definitely improved.
Score: 10 Votes (Like | Disagree)

Jakexb
I don't want to jinx it, but it's almost like Apple is getting its software mojo back. Latest few things we've seen (tvOS, beta 3, fixes to Apple Music, Music Memos, Apple News updates) are looking really good. Hope they keep it up!
Score: 5 Votes (Like | Disagree)

KPOM
The first person who tests this, please let us know if this fixes the Apple Pencil scrolling issue.

Update: Apparently it does not.
Score: 4 Votes (Like | Disagree)

Wish they'd let you customize those shortcuts, but this is still nice as I find myself manually toggling Night Shift a couple times a day.
Score: 4 Votes (Like | Disagree)
Read All Comments