Apple has announced that it will be opening its first iOS app development center in Europe at a partner institution in Naples, Italy. Apple expects to expand this program to other countries around the world in the future.

The center will provide a specialized curriculum for students to learn practical skills and training on developing iOS apps, and Apple will work with partners around Italy who train developers to create additional opportunities for students. 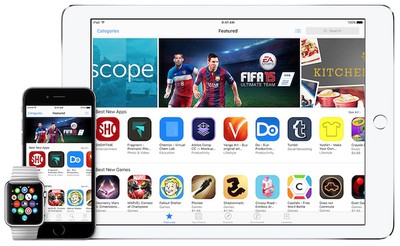 “Europe is home to some of the most creative developers in the world and we’re thrilled to be helping the next generation of entrepreneurs in Italy get the skills they need for success,” said Tim Cook, Apple’s CEO. “The phenomenal success of the App Store is one of the driving forces behind the more than 1.4 million jobs Apple has created in Europe and presents unlimited opportunities for people of all ages and businesses of all sizes across the continent.”

Apple recorded a record-breaking $1.1 billion in App Store sales during the 2015 holiday season. Christmas Day and New Year's Day both set single-day records, with customers spending over $144 million on January 1, 2016 in particular.

Apple has now paid European developers over €10.2 billion since the App Store launched.

That's a great move. But... In Naples...?
It's the first one. Shouldn't it have been in some other cities? Or was it part of the deal when Apple was probed in Italy last time?

Naples is the home town of very creative people.... don't know what your problem is with that city ;)

They invented the Pizza (the real one not the Pizza Hut one ;);))
Score: 9 Votes (Like | Disagree)

Jamone
This is actually great. I'd love to see it at my school.
Score: 3 Votes (Like | Disagree)

That's a great move. But... In Naples...?
It's the first one. Shouldn't it have been in some other cities? Or was it part of the deal when Apple was probed in Italy last time?

I expected such a school to be located in Milan since most IT companies are here and not in Naples.
As a matter of fact a lot of people study in Naples and come to work in Milan so opening a school there may be a good idea and I hope the very presence of the school will help creating jobs in Naples.
There is a possibility that Apple obtained some tax benefits to open the school since in the past the government gave benefits to create jobs in the south of Italy.

Too bad I live in Milan, I'd have applied for a job as a teacher if they had opened the school here :D
Score: 3 Votes (Like | Disagree)

Yelmurc
I've always through Apple should just start its own university. Use iTunes U and train the people they need for their business. Make the curriculum really hard os if people get through it its almost like interview process. Maybe even charge them to take the tests to get credit. Then they'd always have the people with the skills they need to build what ever products they need.
Score: 3 Votes (Like | Disagree)

Naples is the home town of very creative people.... don't know what your problem is with that city ;)

They invented the Pizza (the real one not the Pizza Hut one ;);))

"The common belief is that Italians invented pizza, but its origin goes back to ancient times in the Middle East. Babylonians, Israelites, Egyptians, Armenians, Greeks and Romans, and other ancient cultures ate flat, unleavened bread cooked in mud ovens."

Just like apple, it doesn't count who invented it first. I does count who made it better.
Score: 3 Votes (Like | Disagree)
Read All Comments