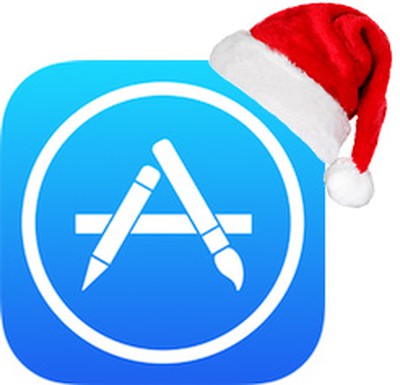 Apple today announced the 2015 holiday season was the "biggest ever" for the App Store, with customers spending a record-breaking $1.1 billion on apps and in-app purchases over a two-week period ending January 3, 2016.

Christmas Day and New Year's Day both set single-day records, with customers spending over $144 million on January 1, 2016. Apple has now paid out nearly $40 billion to developers worldwide since the App Store launched in 2008.

“The App Store had a holiday season for the record books. We are excited that our customers downloaded and enjoyed so many incredible apps for iPhone, iPad, Mac, Apple Watch and Apple TV, spending over $20 billion on the App Store last year alone,” said Philip Schiller, Apple’s senior vice president of Worldwide Marketing. “We're grateful to all the developers who have created the most innovative and exciting apps in the world for our customers. We can't wait for what's to come in 2016.”

Apple said it has now created 1.9 million jobs in the U.S., with over 1.4 million of those jobs attributable to app development and non-IT jobs supported by the app ecosystem. Apple's spend and investment with US-based suppliers also supports 361,000 jobs, and the company directly employs more than 76,000 people in the U.S., representing nearly two‑thirds of its worldwide team.

Apple created two new app ecosystems this year with the new Apple TV and Apple Watch, building upon its iOS and Mac storefronts. The company keeps 30% of App Store revenue, meaning it earned over $6 billion in 2015 after paying developers. There are now over 1.6 million apps on the App Store, according to MacRumors sister website AppShopper.

extricated
hmmm. Would I want to be an iOS developer, or an Android developer?
Score: 10 Votes (Like | Disagree)

A surprisingly large group of iOS developers reached the top by skills alone. If you have a good idea and can implement it, then luck and marketing budget do not need to be factors.

Well, i know over 100 iOS developers and only 1 or 2 of them have been (relatively) successful. Let's revise that to: You either need luck OR marketing money. A good idea is a must, of course. But this alone does not make your app successful.
And - it helps to have Apple on your side to get a worldwide promo.
In addition, competition is tough... for every good idea there are 3-4 remakes quickly. It's not guaranteed that YOUR app is the one to win ;-)
Score: 7 Votes (Like | Disagree)

ozziegn
Over $1B in app sales over two weeks? I wonder if Android can (or could ever) make that same claim? lol
Score: 4 Votes (Like | Disagree)
Read All Comments

Monday July 26, 2021 11:35 am PDT by Juli Clover
Apple today updated its Apple at Work website with a new section dedicated to the Mac, which offers up 11 reasons why "Mac means business." On the webpage, Apple highlights the M1 chip as the number one reason why business users should choose a Mac, offering up an M1 overview [PDF] that explains the benefits of the M1 chip. The information isn't new, but it does provide a look at all of...
Read Full Article • 109 comments