T-Mobile CEO John Legere today wrote a letter in response to recent criticisms of the company's new free video streaming service "Binge On," claiming that the program does not permanently slow down data and that claims of throttling are just "playing semantics." Legere also reiterated the fact that users can opt out of the service at any time, and that anyone with the ability to access Binge On has "complete control" over the experience if they want higher than 480p resolution.

There are people out there saying we’re “throttling.” They’re playing semantics! Binge On does NOT permanently slow down data nor remove customer control. Here’s the thing, mobile customers don’t always want or need giant heavy data files. So we created adaptive video technology to optimize for mobile screens and stream at a bitrate designed to stretch your data (pssst, Google, that's a GOOD thing).

You get the same quality of video as watching a DVD – 480p or higher – but use only 1/3 as much data (or, of course, NO data used when it’s a Binge On content provider!). Watch more video, use less data from your service plan. That's an important and valuable benefit!

In the rest of the letter, the CEO calls out media outlets for making Binge On into a negative story over the past few weeks, suggesting some places as "using Net Neutrality as a platform to get into the news." Legere compares the new service to T-Mobile's "Music Freedom" platform that launched in 2014, giving customers free music streaming that wouldn't affect data plan cost.

In addition to reassuring customers, T-Mobile today announced a slate of fourteen new Binge On partners including: A&E, Lifetime, HISTORY Channel, and PlayStation Vue Live TV. The new additions bring the partner total to 38 and the company said that more than 50 providers are preparing to back the free streaming program in the months ahead.

Since Binge On launched in November, the service's questionable video throttling of non-partner content has brought it under scrutiny multiple times. Just this week, an independent test proved that a smartphone with Binge On enabled throttled video streaming of services not affiliated with T-Mobile and the free initiative. CEO John Legere's response today is the second time the company has directly addressed Binge On's negative accusations, following a dispute with YouTube in December.

Those interested can read Legere's full letter on T-Mobile's blog. 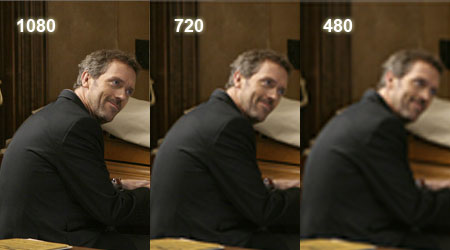 Absolutely no way is that picture synonymous with 480p quality on a 5" screen.
Score: 53 Votes (Like | Disagree)

That is the most garbage side by side comparison I have ever seen.

tys
I'm a T-Mobile customer and think this is great. As far as I can tell, from a practical end-user standpoint, this just changes the default video quality settings.
Before almost everything would default to HD, and if I forgot to change it I would burn through huge chunks of data in very short order. Now I don't have to worry about it.
Score: 19 Votes (Like | Disagree)

freepomme
It's not even a controversy. Binge-On is a great service for people who need it and want it. The only people who throttle is those other companies.
Score: 16 Votes (Like | Disagree)
Read All Comments