Speck has announced (via PhoneArena) a new accessory called the Pocket VR, which is a collapsible virtual reality headset that's compatible with the company's Candyshell Grip cases. The headset can be used to display content created for Google's Cardboard VR headsets, allowing iPhone users who use Speck cases another avenue to experience virtual reality on their devices. 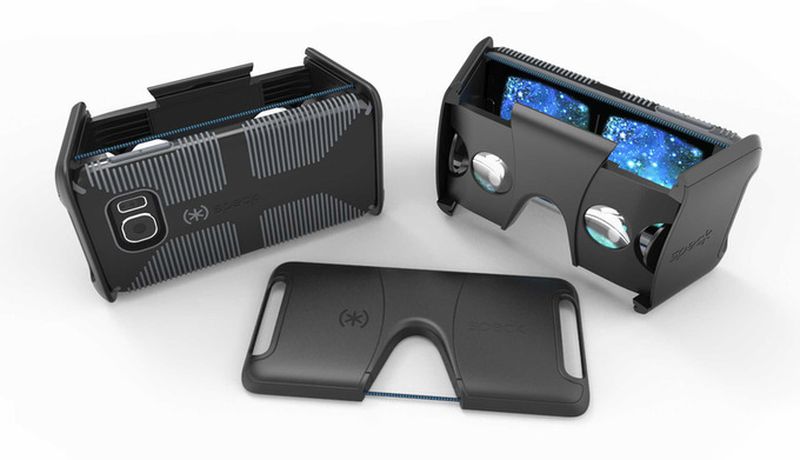 The Pocket VR launches in Spring and will be priced at $70.

~HavoK
That's a ridiculous amount of money. I'll stick to the Cardboard I got for free instead of shelling out $70 for the exact same thing...
Rating: 2 Votes
[ Read All Comments ]