Tuesday January 5, 2016 7:31 am PST by Joe Rossignol
Apple has announced that it will release two exclusive Apple Watch Sport models to celebrate the Chinese New Year on February 8. The special models will be available in China, Hong Kong, Malaysia, Singapore and Taiwan until February 22. 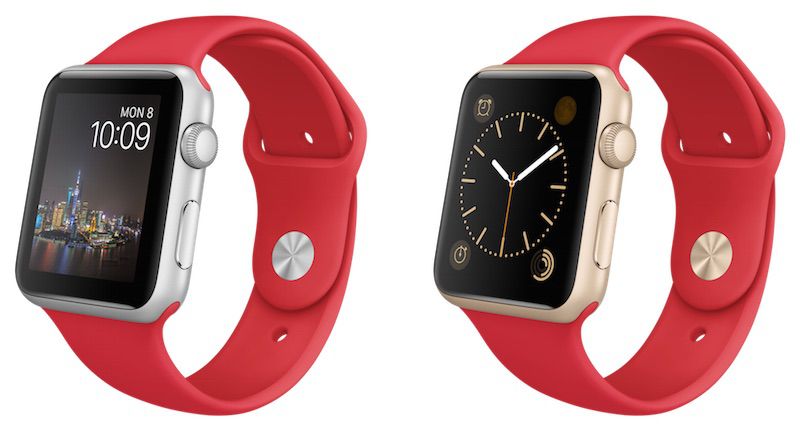 The exclusive models and their prices have not yet appeared on the Apple Online Store. Apple Watch Sport is currently offered in 12 models, including new anodized gold finishes and band colors announced in September.

Update (9:10 a.m. PT): The limited edition 38mm and 42mm Apple Watch Sport models are now available on the Apple Online Store for between $518 and $598 in Singapore. Prices vary in other countries.

Ries
We should all go to china and hong kong and buy ALL of them, then resell them on chinese eBay!
Rating: 6 Votes

RedOrchestra
"This is a developing story. Check back for updates."

Right before Apple Watch 2 comes out.

"Right before?" What does that mean? Do you know the date for the release of version 2 of the watch?
Rating: 4 Votes

We should all go to china and hong kong and buy ALL of them, then resell them on chinese eBay!


I laughed when I read this.
Rating: 2 Votes

iPhD
"This is a developing story. Check back for updates."

Isn't this--or shouldn't it be--the case for all news and information?
Rating: 2 Votes

Smeaton1724
Just some standard colors bundled with a strap that usually isn't an available combo or more interestingly would be something like an Anodized Red Sport model.

I think Watch OS will support the First gen watch for a while, say 2 hardware revisions, so whether there's a watch 2 in March or not it really is OS functionality I would like. Solid OS functionality across the board for all Apple OS's (TV OS, iOS, Watch OS and OSX).
Rating: 1 Votes

"News flash: the number 4 has been determined two be twice the value of the number 2.

As this has been mathematically proven, without relying upon any possibly changing physical constraints, the information is unchangeable and no further updates will be issued."


I've never heard of that. What's your source?
Rating: 1 Votes